Ben Stokes is no stranger to unique acts on a cricket field, with his latest display of individual brilliance coming in England’s third Test against South Africa at Port Elizabeth, the all-rounder bringing up his ninth Test hundred on the second morning.

His latest effort came with a special celebration, Stokes holding his right hand up with his middle finger half-furled as he raised his bat in his left. The reason for the gesture goes back to before the start of the series, when Ged Stokes, Ben’s father was hospitalised in critical condition.

Though Ged’s condition has since improved, he remains in hospital in Johannesburg, and Ben’s new celebration, which was also on show after he played a vital part in victory at Cape Town, serves to pay tribute to him.

“That signal there is for his old man,” said Nasser Hussain on SuperSport commentary. “His fingers up in the air, his old man still in hospital, having a difficult time. His lad doesn’t forget. What a player he is.”

The reason for Ben putting his hand in that shape specifically goes back even further, to Ged’s career as a professional rugby league player. A persistently troublesome digit, which suffered numerous dislocations, led him to seek medical advice. A doctor recommended surgery and a long lay-off. Instead he choose to have part of the finger amputated so he could return to action sooner – an act not unlike several of his son’s, forgoing his own best interests for that of the England team. 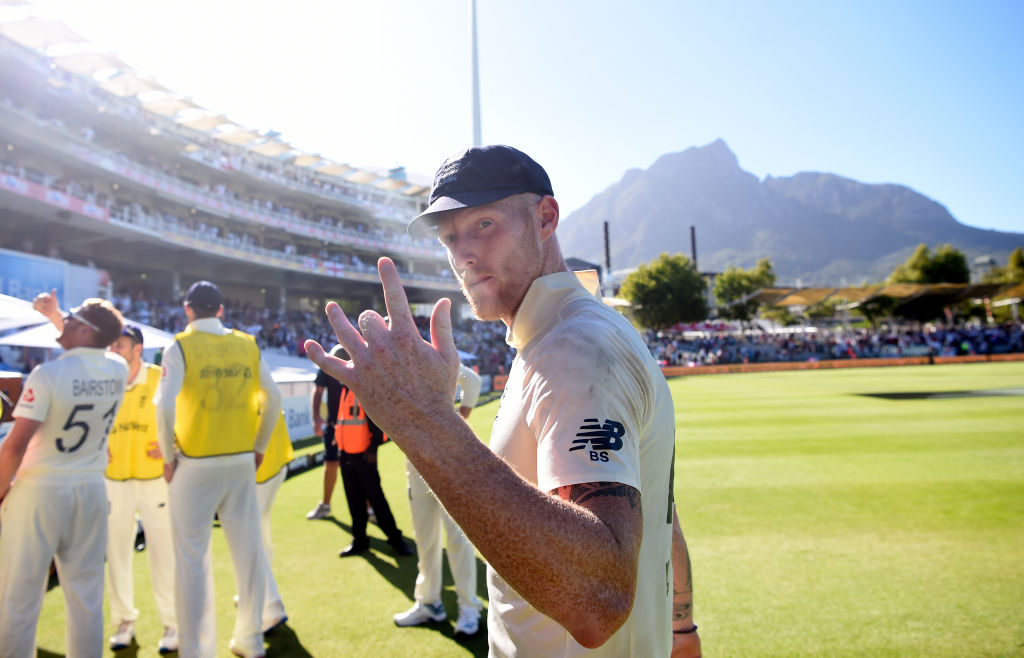 For once though, at Cape Town, Ben Stokes wasn’t playing just for England.

“I’ve had a few knee issues and stuff like that but I’ve got the three lions on my chest, which is such a proud thing. I always had my Dad in the back of my mind and that took any injury worries or niggles out of my head,’ Stokes said after the Cape Town Test.

Related Story: ‘Where have you been?’ – Pietersen questions Stokes’ late introduction

“I was thinking that he came out here to watch me and unfortunately he’s not been able to so there was a lot more to my efforts in this game, doing it for him. Hopefully I’ve made him proud.”