There was a moment of controversy in the fourth day’s play between South Africa and England at Port Elizabeth when Pieter Malan was given out lbw to Joe Root, despite UltraEdge showing a spike as the ball passed the bat when the batsman reviewed the decision via DRS.

In the final over before tea, the part-time off-spinner got one to straighten, beating the opener’s forward prod and rapping him on the pad. Umpire Bruce Oxenford upheld England’s appeal, and after a chat with batting partner Faf du Plessis, seemingly about the length of the delivery rather than whether he had hit it, Malan chose to review.

At the point of impact, ball, bat and pad were all very close together, with bat marginally in front of pad. As the ball passed close to the bat, UltraEdge indicated there had been a sound, and SuperSport commentator Mike Haysman thought the decision would be overturned.

“Well that is showing a little bit of a heartbeat,” he said. “It is showing there is some bat involved right there, before it goes on. I can’t see anything else it could be, there’s no bat hitting the pad, there’s a bit of a gap, and there is a second heartbeat.”

TV umpire Joel Wilson clearly felt differently and, after judging the ball hadn’t hit the pad, asked to be shown HawkEye. When that showed the ball pitching and hitting the pad in line and projected it going on to hit the stumps, Malan was sent on his way.

“I’m a bit bemused as to what that spike was,” said Haysman. “That looked lined up with the bat as it went past the edge of the bat, then there was another one as it hit the pad, so that’s got me a little bit confused.”

Speaking to Sky Sports, Shaun Pollock recalled an incident from the second Test, when South Africa opener Dean Elgar was given out caught with UltraEdge indicating minimal contact between ball, but agreed that the correct decision had been reached.

“It’s an interesting one,” he said. “Dean Elgar will probably go in arguing, ‘how did I get given for a little scratch?’ I think it’s a case in point where you actually can’t see where the ball makes contact with the pad, it does feel like there’s a little bit of daylight between bat and pad, and maybe it is the first contact with pad.”

Pundits Nasser Hussain and Rob Key pointed out that with the on-field call being ‘out’, there had to be significant evidence to force the umpire to change his decision. 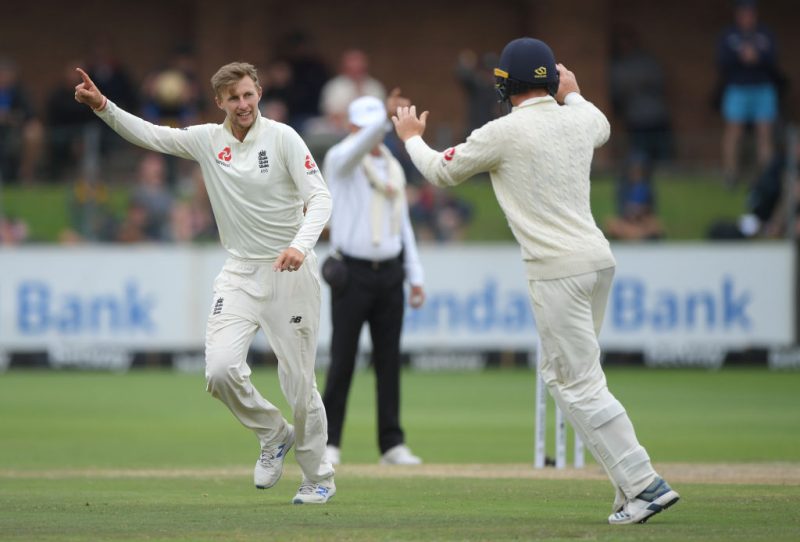 “The on-field umpire’s decision was out so Joel Wilson the third umpire has to decide, was there enough in that little heartbeat, that murmur, to overturn it?” said Hussain.

“You’ve got to remember, the technology is there to help the umpire,” added Key. “It’s not there to make the decision. I think there’s a bit of daylight there actually. You can talk about the squiggle that comes up, that’s just there for you to help make a decision, it doesn’t make the decision for you. That could be anything.”

Had Malan been given not out, and it was England who had reviewed, it would have been interesting to see what decision Wilson would have reached. As it is, Malan was given out on the field, and out he shall stay.