On the latest episode of the Wisden Cricket Weekly podcast, Yas Rana, Jo Harman, Phil Walker and Ben Gardner discussed whether Joe Denly has done enough to nail down his spot at No.3 in England’s Test line-up.

Denly’s Test career numbers so far do little to settle the issue either way. With an average of 31.30 after 12 Tests, he has rarely looked out of depth but with a high score of 94 is yet to make a match-defining score. Only three of his 23 innings have seen him fall in single figures, but in only six has he gone on to make a half-century.

In South Africa so far he has made four scores between 30 and 50, helping to lay platforms without building on them himself. Here is how the discussion unfolded when the topic turned to Denly and the No.3 position:

PW: Obviously Denly has done great to get to this point. Has he overachieved or has he just shown his class? That’s up for debate. I was just looking forward to the next five Test matches. If Denly continues to bounce along in a similar vein to up until now i.e. the odd telling innings, but a score of between 50 and 100, and a couple of 30s in there and the odd failure – not ineffective but not definitive either – if he continues to bounce along like that for the next two or three games, and you get to the end of a winter and there isn’t that hundred, then no one can convince anybody that he has nailed down that position. And with his age as well, you move into next summer with that place arguably up for grabs.

His record in first-class cricket is not overwhelmingly persuasive, he’s 34 years old. He fits into this team as of now. But the big tour is next year, India, five Test matches, and then Australia comes round quite quickly after that and while he has been the best option at No.3 for the last year and a half and has done brilliantly, we are looking for a No.3 that we can hang our hat on, eventually.

I look down that order and I look at four, five, six, seven, and I’m comfortable with that, and we look like we have an opening pair once Burns is back fit. But the No.3 as yet is ill-defined and his Test career is ill-defined as well. 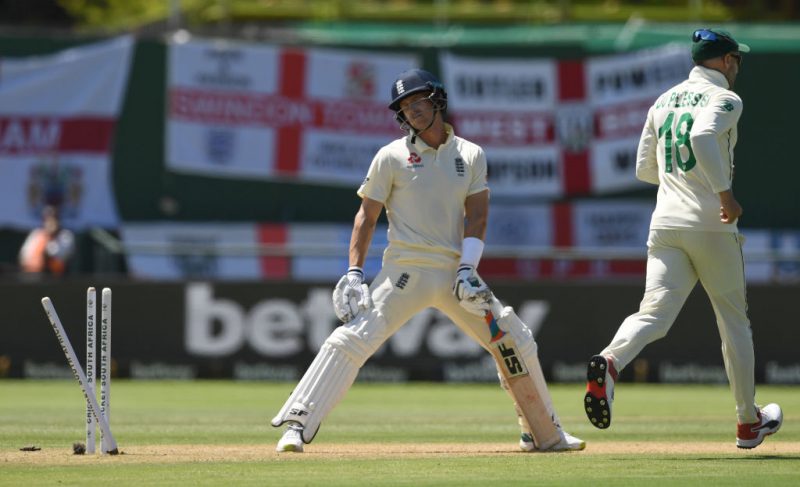 Joe Denly has flattered to deceive at No.3 for England

BG: I think for me it’s somewhere between nailed down and up for grabs. I don’t think you can take lightly the fact that he has looked comfortable at this level, and even though he isn’t nailing those big runs, he is definitely doing a job for England. I think unless someone comes in and scores absolutely loads of runs in the county season to force their way into that side, I think he remains the man in possession until he catastrophically loses form. I don’t think England have a need to go looking.

JH: It’s also the fact that he’s got better. When he started there were so many people saying ‘well he just can’t play Test cricket, he’s just not good enough’. Now those people seem to have quietened down and it’s ‘can he kick on and get that big score?’ but the improvement has actually been quite dramatic, and the point Rob Key made to me is that Denly is able to play in lots of different ways depending on the situations.

However good the young county batsmen out there are, they haven’t developed those skills yet, and particularly for this very vulnerable young England side those skills are very valuable. How good is that middle order going to be if you get a top three who can actually stick around for a while? Denly is still waiting for that hundred, but he’s playing a massive role at No.3. Eight of his last 12 innings he’s batted for 100 deliveries or more. You can’t ask for much more from your England No.3 at the moment given what’s gone before him.

BG: I think part of the perception with Denly is that though he’s looked the part at Test level there isn’t that body of work for people to point to. So when he’s not getting the big runs and he’s not had the big runs in county cricket it’s tempting to say ‘well maybe one of these other guys who had the same sort of record when Denly came into the Test side could do the same thing’, but that’s why it’s so important that Denly has looked the part, and you can’t take for granted that someone is going to look the part like that just because they have quite a lot of county runs over quite a long time.

YR: Two things I’d say: he averaged more than any other No.3 in Division One last season, he averaged 56 in the County Championship, and, my favourite stat of the winter – Joe Root has only come in before the 25th over twice this winter. We all agree that England’s Nos.4-7 is the strength in their batting; that’s brilliant for England if they can come in in the second, even third session of the day.