After a difficult first three Tests, Dom Sibley’s 85* put England in control of the second Test of the series at Cape Town. Yas Rana writes that despite his low scores before today, he had already shown that the signs were there that he could succeed at Test level.

There is something quite ungainly about Dom Sibley. He is, at best, a reluctant driver of the ball and is equally as unfussed by run rates as he is by his chin strap fitting him properly. To paraphrase Jamie Carragher, few grow up wanting to be a Dom Sibley.

Sibley finished his third Test match with a batting average of just 14.20 and despite his mountain of runs for Warwickshire in 2019, people were already questioning his suitability for Test cricket after just five innings. One of his more vocal detractors, the former England bowler and Guardian cricket correspondent Mike Selvey, even went as far as tweeting: “His technique will not stand up to Test scrutiny. I’m just amazed there are people who think it will.”

Dom Sibley faced 1,009 more deliveries than ANYONE ELSE in Division One of the County Championship this season ? pic.twitter.com/Ycq1LNEojD

If you look at his first four matches for England, the ingredients of what makes a good Test opener are there to see, albeit in small doses. Twice he has been dismissed playing fairly ordinary strokes against left-arm spinners – in Centurion, he spooned up the simplest of return chances to Keshav Maharaj off the kind of delivery batsmen at most levels would be livid getting out to.

He has twice been dismissed by Kagiso Rabada. In Centurion, he was dismissed by a snorter, one that Sibley could probably have left on length, but in Sibley’s defence, prior to this winter he had played just one first-class match outside of England. Rarely, if ever, would Sibley have faced a bowler with the calibre and pace of Rabada on a pitch as lively as the one he encountered in Centurion. He fell in a similar fashion in the first innings in Cape Town. It is both unfair and unrealistic to expect a young opener like Sibley to feel immediately at home against a bowler like Rabada. 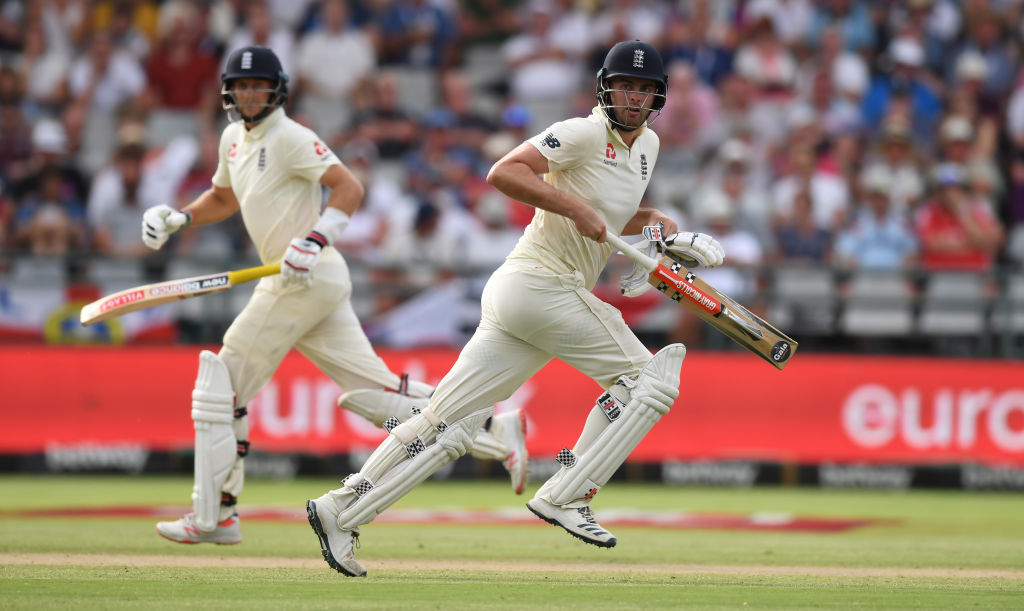 He has done his primary job – that of seeing off the new ball – pretty well. In New Zealand, against a team that fielded Trent Boult, Neil Wagner, Matt Henry and Tim Southee across the series, Sibley was dismissed by a member of that quartet just once, missing his trademark flick off the pads against Southee. Against South Africa, he is yet to be dismissed by Vernon Philander.

Of course these are small victories – before his second innings knock in Cape Town, he hadn’t yet reached 35 in Test cricket. But in this England side, with its middle order engine room of Root, Stokes, Pope and Buttler being the obvious strength in the batting department, there is value in staying power and having the ability to occupy the crease at the top of the innings.

Sibley has faced more than 50 balls in five of his seven innings in Test cricket. Joe Root, who has so often found himself in at 20-2 in recent years, has come to the crease before the 25th over just twice this winter. Sibley, along with Rory Burns and Joe Denly, deserves immense credit for that. In this particular England side, a top order batsman’s ability to bat time is more important than ever.

But for however long you stay at the crease as an opener, you are still ultimately judged on the weight of your runscoring. The major question mark against him hasn’t necessarily been his technique, Steve Smith is among the most chest-on batsmen in Test cricket and he does just fine, but his lack of scoring shots. Leaving everything outside off stump and pouncing on anything on your pads might be a reliable method for success in county cricket, but in Test cricket you face fewer bad balls. A player with a limited array of strokes could in theory be left bereft of runscoring options too often. In his first three outings for England, Sibley rarely attacked anything wide or overpitched against both spinners and pace bowlers.

Today though, he showed an increased and controlled willingness to attack more frequently. It wasn’t pretty, it probably never will be for Sibley, but as he grew in confidence he unveiled the odd cut and the occasional back foot push and still mercilessly punished anything that drifted towards his pads. For all the flaws of this South Africa team, they still possess a formidable bowling attack. In his 85* he withstood one of the standout opening bowling partnerships in world cricket in Philander and Rabada, Anrich Nortje who frequently passed the 90mph mark and the spin of Keshav Maharaj who targeted the foot holes outside Sibley’s leg stump for much of the day. If he can combine his resilience against the new ball with just enough scoring shots to get by, Sibley has a real chance of succeeding at Test level.

Sibley will desperately want to reach that maiden Test hundred tomorrow morning. At Warwickshire, he’s made a habit of turning 50-plus scores into massive hundreds. Today he showed that he has a real chance of making it a habit at Test level, too.