Joe Root and England have put together an almost entirely unblemished performance in the third Test against South Africa at Port Elizabeth, but Sky Sports pundit Nasser Hussain did sound one note of caution regarding the England captain’s handling of fast bowler Mark Wood.

Wood is playing his first first-class game in almost a year, since February’s St. Lucia Test against West Indies when he bowled one of the fastest spells by an England quick, and his first competitive game of any description since England’s World Cup final win in July, when he sustained a side strain.

The Durham quick has a long and chequered injury history, with stress-related ankle injuries a feature of his career. On the fourth afternoon he was pressed into bowling a spell of short-pitched bowling. Speaking to Sky Sports and Hussain after play, Wood said he “was feeling it a bit at the end”.

“When you’re bowling bouncers all the time it does take a lot out of you,” he added. “With not much happening my job was to be aggressive and bowl much shorter. There wasn’t a lot happening when you pitched it up through the air, so we tried to go short, and also with the round the wicket we were trying to create rough for the off-spinner.”

Wood’s speeds in the second innings were down compared to those in the first innings, when the quick breached the 150 kph mark, though he pointed out that his two wickets came in the second innings, including one with a short ball to Zubayr Hamza, who tickled down the leg-side. Nevertheless, Hussain questioned the tactic. 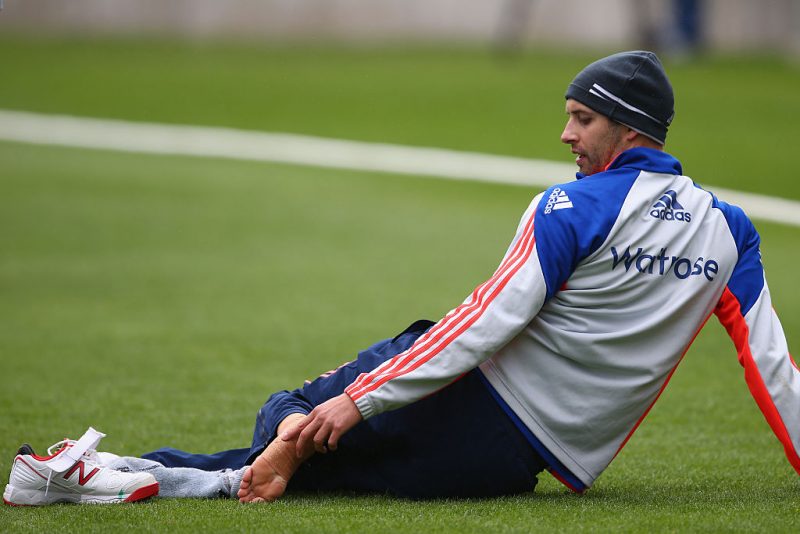 Mark Wood has struggled with ankle injuries throughout his career

“It’s the one thing I’d be slightly critical of Joe Root of is his using of Mark Wood,” he said. “He’s gone to him as an enforcer. It’s fair enough against Hamza because I think Hamza has an issue off his hip, twice in this series caught behind down the leg-side, and I think he may well get Philander out with short stuff, but he’s a better bowler than just the enforcer, bang it in billy.”

When Wood came onto bowl again the over after, his sixth in succession, Hussain had more criticisms, pointing to a pattern of England overworking their fastest bowlers.

“He’s managed to convince the skipper to give him one more,” he said. “This is where Joe Root has to be careful with his quicker men. Jofra Archer a little bit bowled into the ground in New Zealand, ended up bowling the most overs, he’s now got a bit of an elbow issue.

“Mark Wood here, history of injuries, just coming back from an injury, hasn’t played a first-class game in nearly a year, hasn’t played any games since the World Cup final. This is his sixth over on the bounce, just for the sake of one wicket. At times Root has to look at the bigger picture, make sure that his fast man isn’t being bowled into the ground or ready to snap.

“You’re going to have to look after him because fast bowlers are like gold dust. They don’t just come around and you have to look after them. But you have to balance that with the skipper who wants to win a series in South Africa and a bloke, and you listen and he’s one of the loveliest blokes we’ve ever met. He’ll do whatever the team wants him to do all day long.”