While listening to Ollie Pope speak about his methods at the crease, it was tempting to draw parallels with another boy genius. Jimmy Hendrix once said the blues were “easy to play, but hard to feel” and England’s new wunderkind was just as simplistic in describing his craft.

“I just backed my defence, looked to bat time, try and work the single and hit the bad balls for four,” Pope said of his game plan against the South African bowlers in Port Elizabeth, particularly the finger spin of Keshav Maharaj. “If he nicked me off, then fair play. But if not I was happy to just bat the time, score runs from the other end and just pick off the bad balls if he bowled them.”

Batting 101. What the six-note scale is to blues music, Pope’s philosophy is to Test batting. It has served as the bedrock for every great innings since Charles Bannerman’s 165 at the MCG in 1877.

South Africa captain Faf du Plessis marvelled at the way Ben Stokes shifted between the gears in his 120. The rampaging leftie had carved South Africa’s attack to all parts of Newlands in Cape Town but was measured at first at St George’s Park. His forward defence was indomitable. He demonstrated an astute awareness of where his off stump was located. He was seldom tempted by the extra flight from Maharaj whenever the ball was given some air.

Until he was set. Then Stokes the berserker was unleashed. Two sixes and 12 fours peppered an innings that spanned 214 minutes. Only once he looked to stamp even harder on the accelerator did he commit a false stroke, chasing a Dane Paterson wide ball and falling in the trap set for him at backward point.

So much of the talk from the South African camp before the start of this third Test had focussed on abstract concepts. Pride in the badge, the honour of the nation, the fighting spirit of the team now imbibed with the combative ethos of Mark Boucher, Graeme Smith and Jacques Kallis. 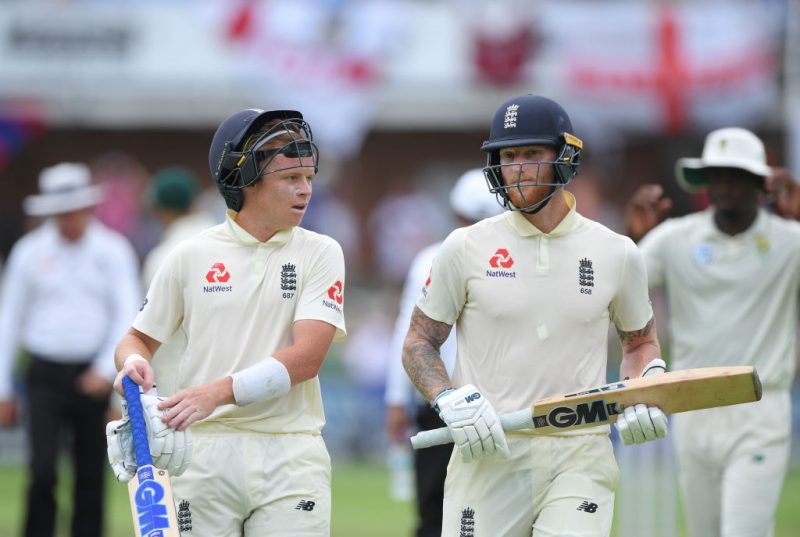 South Africa had remembered what the blues felt like inside their souls. How it made them spasm with pain at times and beam broad, involuntary smiles with the simple bend of a note at others. But just because they could feel the blues, it didn’t mean they could afford to forget how to play them. Those basic scales and easy-to-form major chords still needed to be executed.

The psychological scars inflicted by a slow turning ball during an ill-fated tour of India in 2015 have yet to fully heal. In the intervening years, the apocryphal narrative that South African batters are incapable of playing spin has become self-fulfilling.

The way Stokes decimated Maharaj in Cape Town planted the idea in the South African camp that the way to combat this mental fragility was to hit the bloody snot out of the English tweakers. The soft dismissals of Dean Elgar, du Plessis and Quinton de Kock were not down to poor shots from senior players in the eyes of the team management. The blame lay with the execution of the skill. More intent was asked for the next time Dom Bess or Joe Denly or Joe Root had the temerity to turn their arm over.

The plan didn’t work. Bess ran through South Africa’s top order at St George’s Park and collected a five-wicket haul with only 109 on the board. In six overs in the fading light on day two, Bess had Pieter Malan and Zubayr Hamza from soft shots and the Proteas went to bed haunted by the demons of their past. 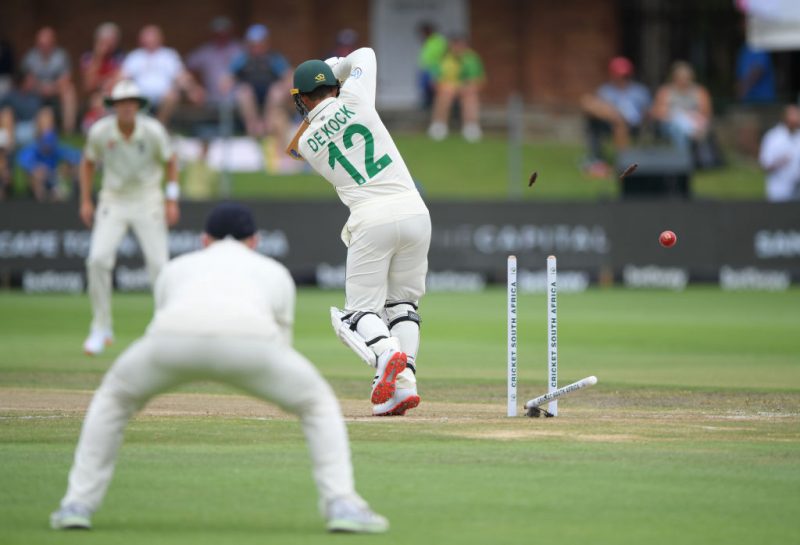 Two overs into day three and Bess had Elgar caught at silly point before du Plessis lost his head and was caught at short leg. The South African captain could not hit the breaks after bashing two consecutive fours and aimlessly galloped down the track, was beaten in the flight and stabbed at the ball. The maiden five-for was complete when Rassie van der Dussen cut at a ball that was too close to do so and was bowled.

Only more persistent rain would alter the course of the match after South Africa were bowled out for 209 in response to England’s 499 for 9 declared. They fell 92 runs short of making Root and co bat again because of brainless bravado against the new ball on the morning of day four. De Kock, Philander and Maharaj were bowled looking to make the highlights reel. Rabada chipped it straight to mid-off as four wickets fell for just one run.

To underline the stranglehold even the most pedestrian spin has over South Africa, Root was the destroyer-in-chief in the second innings with four wickets. Malan, Hamza, Du Plessis and Van der Dussen all fell to “filthy off spin”, as the England captain described it. Only Maharaj’s humpty in the closing scenes bloated Root’s figures.

A lot went wrong for South Africa as they lost by an innings for the third time in five matches. The toss of the coin didn’t help as batting first was always going to be an advantage. The team selection went awry as the imminent retirement of Philander seemed to factor in his inclusion and the decision to keep the new ball away from Kagiso Rabada baffled most inside the ground, including opener Zak Crawley who made no secret over who he’d rather face between South Africa’s fastest bowler and debutant Paterson. 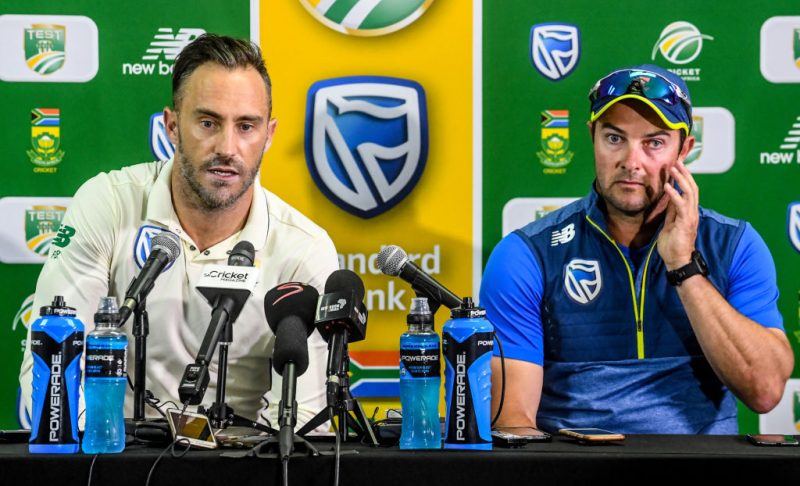 Then there is the issue over Rabada’s aggressive celebrations after knocking Root’s off stump out the ground. Boucher and du Plessis spoke of the need to retain emotion in the game and defenders of this position included Michael Vaughan, Brett Lee, and Nasser Hussain. But there should be no debate. What Rabada did was the gloating of a bully. He had already won the battle.

Captain and coach can wax lyrical about the extra potency that Rabada finds with the ball when he is fired up, but this argument must be locked away in an airtight container and tossed in the Indian Ocean. This gormless approach has cost them their best bowler and potentially the series.

So too must the shrugging of shoulders from Boucher and du Plessis. In an era of space age technology, where a player’s diet is curated according to his blood type and where the vibrations of his bat are measured to help with shot selection, it is nonsensical to accept that the coach didn’t know his star player was on the brink.

Rabada said he was surprised by the ban and also seemed to suggest that the ICC had made a mistake. “It was something I didn’t expect,” he said on Tuesday. “Whether it was the right thing to ban me or the wrong thing, the reality is that I’m banned.  It cannot keep happening because I’m letting the team down and I’m letting myself down. That’s why it hurts so much but it gives me a chance to work on my game and a chance to have a bit of a rest.”

But that celebration and the spiralling narrative that has devolved from it merely serve as a distraction from the more pressing matter of South Africa’s batting.

Faf and the boys promised rock ’n roll cricket with spin being dominated and vanquished batters sent back to the hut with the sounds of Swedish black metal ringing in their ears. If only they’d managed to produce the same feel-good sound as the St George’s Brass Band who kept jiving from the Old Stand even as their team crumbled in the middle.

What the Proteas delivered failed to hit any high notes. Their tone fell flat as they failed to keep up with the tempo of England’s basic beat.