Stuart Broad has opened up on the spat he had with Ben Stokes on the third day of England’s first Test against South Africa at Centurion.

After the fall of a wicket the pair engaged in a heated exchange. A fist bump later on showed there was no lingering resentment, and Broad said the incident was a sign of a strong dressing room, rather than a fractured one.

“We got a wicket and in the huddle afterwards, I said ‘Boys, I think we can up our standards out here, bowlers can hit the lengths harder, fielders can stop the ones, they’re on top of us with their energy’,”  Broad told the Daily Mail. “Stokesy went ‘I don’t agree with you’. Which is great. You don’t want yes men, do you?”

Broad revealed that Stokes went to great lengths to clear the air after to dust had settled.

“He said ‘I don’t agree with you, I think we’ve been good’,” said Broad. “I said: ‘Fair enough, it’s just my opinion but I don’t think we’ve been very good’. And we had a bit of back and forth like that. I really liked that. A couple of minutes later he walked over and gave me a big fist pump and he even texted me that night saying something like ‘Sorry, mate, for that disagreement’. 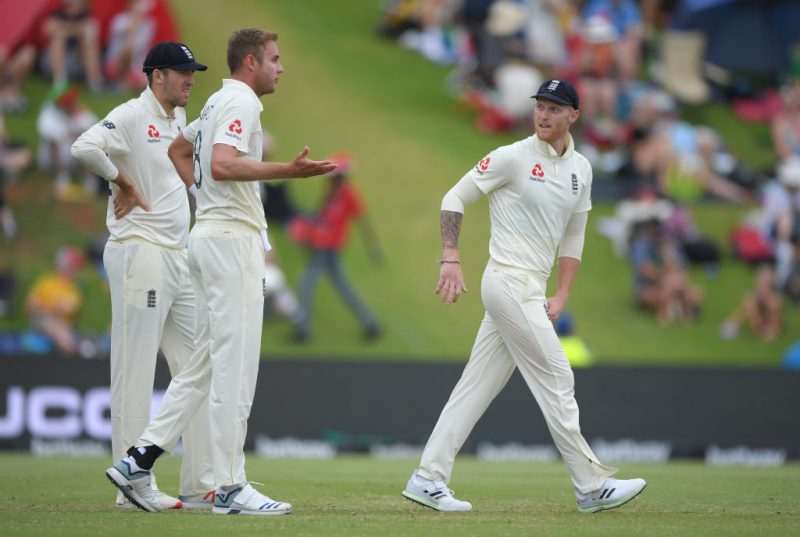 The spat between Broad and Stokes was resolved quickly

“There’s no need to say sorry. That’s sport. That’s what it’s about. It’s part of why communication is so strong in this group. The great thing about that was it was just two blokes trying to get England in a better place.”

Both Broad and Stokes are expected to line up in England’s team for the third Test at Port Elizabeth, which begins on Thursday, January 16.