Ben Gardner explains why the calls for Ollie Pope to bat at No.3 must go unheeded for the time being.

It’s fast becoming an English tradition. When a young cricketer emerges who looks like they might be something special, it’s imperative to find a way to question them, overbear them, in some way make life not quite as easy as it should be.

For Ollie Pope, it happened as the promise started to show itself, rather than after, with the then-20-year-old picked to bat at No.4 against the best Test side in the world having never before batted above No.5 in first-class cricket. After two middling Tests, he was sent on his way again.

A year of record-shattering run-making later and, after a mild mess-around with the gloves, he’s where he should always have started, at No.6, the position kids are supposed to find their feet in, rather than the slot where you hide a misfiring senior pro. And, in short, he looks like everything you’ve ever dreamed of.

It’s so hard not to get carried away. He went to stumps on the first day at Port Elizabeth only 39 not out, but what a 39 not out. There were shots through the legside that evoked Mark Waugh, through the off that called to mind Ian Bell, and that uppercut that is swiftly becoming Pope’s own signature, all cut through with that irrepressible temperament possessed by Joe Root at his best. He outplayed Ben Stokes comfortably. The falling in love, in the press box, the commentary box, and the stands is happening quickly.

Nasser Hussain is tentatively suggesting he move up the order sooner rather than later, with a nod to Joe Denly’s age and still-unconvincing returns, while Michael Holding was more forthright, saying Pope should be building the innings, not doing a repair job. The youngest member of the side is being asked to be its anchor and impetus all at once. Remarkably, Kevin Pietersen provided the sole voice of reason. 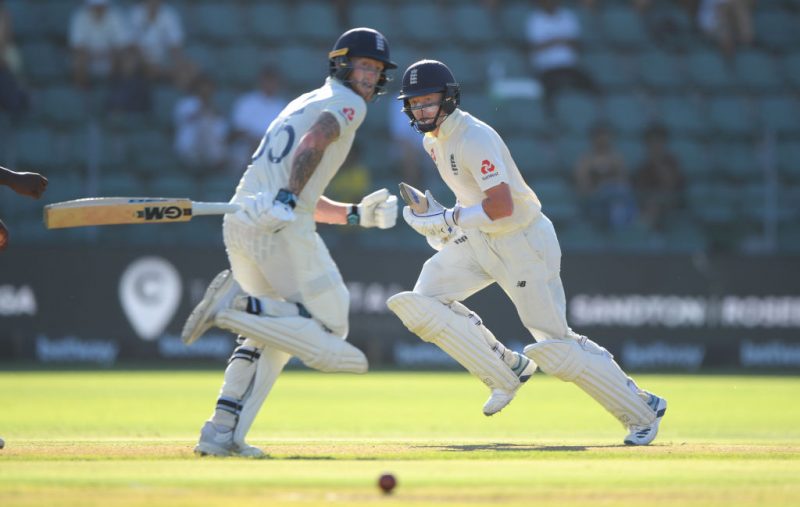 The calls are growing for Ollie Pope to bat at No.3 in England’s Test side

“I think you feel very comfortable in the order when you get your first hundred, whenever that comes,” he said on commentary. “I think that’s when you actually start to feel like you’re connected to the team, connected to the environment, and then you can have the freedom to play the way that you play, the way that you played at a level below, because you feel like you’re accepted at that level.

That hundred may well come tomorrow. Another reminder that he is only 39 not out is needed, but if ever a player looked set for a big one, it’s him, now. But even if he does ton up, and even if he does so again in the innings after that, and the one after that, still that tug at the heart to move him up must be tempered by the head.

For all that he seems to possess the timing, the technique, and the temperament of the gods, he is still only two weeks over the age of 22. As much as he wants it, and as much as he might seem ready for it, that first-drop privilege brings a special kind of pressure, the kind that has held back batsmen far more established than Pope. At some point maybe. But not yet, and not for a while.

For all that Pope is right now, most important of all is to make sure he becomes everything he can be.