Paul Farbrace and Alec Stewart have urged England to keep faith in Jos Buttler and Joe Denly, while also making room for Ben Foakes on their tour of Sri Lanka.

England travel to Sri Lanka for two ICC World Test Championship matches in March. Returning to a country where they won 3-0 in 2018, they carry the added confidence of the 3-1 series win in South Africa this week. However, their squad for the two fixtures in Galle and Colombo is likely to look very different from the one that enjoyed success in the subcontinent last time.

The top order of Zak Crawley, Dom Sibley and Joe Denly provided solid starts in South Africa, with Ollie Pope establishing himself as a smart batsman in the middle order. In Dom Bess they found a spinner who can claim wickets as well as hold up an end when the pacers attack. All these players have staked a claim to making the trip to Sri Lanka; none of them played a role in the series victory last time, although Denly and Pope were in the squad without making the XI. 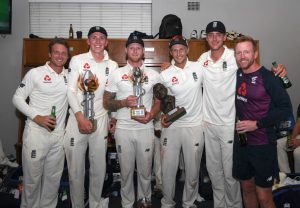 Picking their squad on Sky Sports, pundits Farbrace and Stewart believed England should stick with the same personnel. In their book, a “well-organised” top order shouldn’t be broken up, so there was no room for opener Keaton Jennings, who averaged 46.60 last time with a high score of 146 not out.

“Players take confidence in this series, and I hope that England stick to as many of these as they possibly can,” Farbrace said. “There’s talk about Keaton Jennings coming into the fold, being a specialist player of spin. But with India on the horizon, next winter, I’d like to think this is further opportunity to develop some young players and give them experience of subcontinental conditions.”

“Jennings, yeah, a good player of spin,” added Stewart, “but I wouldn’t bring him. I’d replace [the injured Rory] Burns with Ben Foakes, the best keeper and very efficient batter against spin.” 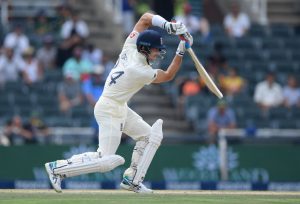 While Denly, who averaged 30 in South Africa with one half-century, is under pressure to retain his spot, both commentators believe he should be given a chance to demonstrate his game plan against spin. “Once Denly is left out, he won’t come back because of his age,” Stewart pointed out. “I think they’ll start with Denly. [Jonny] Bairstow is your spare batter there.”

“He’s played in tricky conditions against the spinning ball,” pointed out Farbrace, who expected the tracks to be flatter this time. “It’s more the mindset – he’s got to think how can he take their main men out of the game, use his feet.”

Bairstow, they suggested, should be in just as a back-up batsman rather than keeper, with Foakes coming in as the second keeper, behind Buttler. This despite Buttler’s poor form – an average of 16.42 in South Africa – Foakes’s reputation as being better with the gloves and him being the top run-getter in Sri Lanka last time. 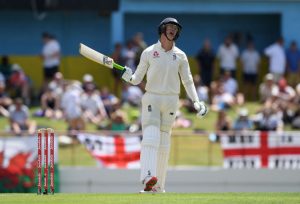 Keaton Jennings finds no place in Farbrace and Stewart’s squad

“I loved to see Buttler running down the wicket to [Vernon] Philander in this last game [at Wanderers] and looking to do something different. That’s how I want to see Jos Buttler play, with real flair,” said Farbrace. “We haven’t talked about his keeping this series, which shows how well he’s kept. I would love to see England stick with him.”

“Foakes has to be in the squad, that’s non-negotiable,” said Stewart, calling for a decision to be made after the warm-up matches. “And then you work out what Buttler’s mindset is, how he’s playing those two warm-up games. Foakes we know is good enough.”