England’s wicketkeeper-batsman Ben Foakes has said that he couldn’t complain if he was left out of the England XI for the second Test of their series in the Caribbean.

Foakes, who was Player of the Series in his first outing in Test cricket in Sri Lanka late last year, has admitted that his lack of runs in the Barbados Test has left him vulnerable to the selectors’ axe.

“I didn’t perform last game, so I can’t sit there and say ‘Why did you drop me’,” Foakes said. “I did really well in Sri Lanka and I completely want to play the next game. But we lost by 300-odd runs and if a change is needed, a change is needed.” 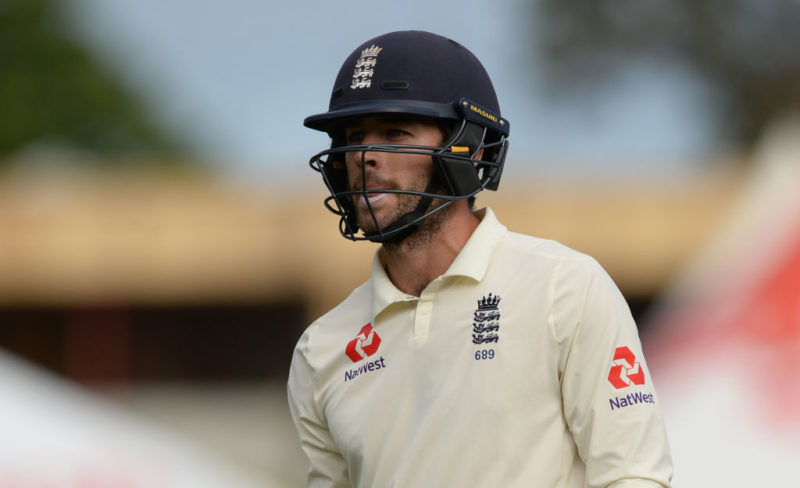 Foakes, like most of England’s top eight, endured a tough Test in Barbados

Foakes was the series’ leading run scorer in Sri Lanka with 277 runs from six innings, but registered scores of two and five in Barbados. Despite being one of just four players in the England squad to average above 40 in first-class cricket, Foakes batted as low as number eight in the first Test of the series. With two other viable wicketkeeping options – Jos Buttler and Jonny Bairstow – already in the side, Foakes’ spot is vulnerable should the England set-up look to include an additional bowling option in the second Test.

“There are so many distractions in cricket – so many things out of your control – and if I start thinking about them, it won’t be good for me mentally.

“I didn’t think I’d be in Sri Lanka. Then I thought I would have one game and then Jonny would be back. And then I did well and kept the spot. So throughout my career, I’ve always felt, not that it’s a bonus and I don’t want to say I feel lucky to be here, but that things have fallen into place, so it’s just up to me to take the opportunity.

“If I try and do my best then I’m satisfied. If I can get a chance and give everything I’ve got, you can’t have too many regrets.”

The second Test of the series begins in Antigua on Thursday.