England coach Trevor Bayliss has admitted that the ever-positive cricket played by England’s ODI side might have “muddled” the thinking of the Test side, and has criticised the county game for not producing “ready-made” international players.

Speaking after England’s 10-wicket defeat against West Indies in Antigua that sealed their series defeat with a Test to spare, Bayliss suggested that the batting philosophy of England’s successful ODI side might have impacted the approach of the Test team.

All of England’s middle order in Test cricket – Jonny Bairstow, Joe Root, Ben Stokes, Jos Buttler and Moeen Ali – are mainstays of England’s all-conquering ODI side that sit at the peak of the world rankings. In 2018 alone, England compiled five scores over 300 when batting first and won 17 of their 23 completed ODIs.

Batting averages since the start of 2018 for England's top seven:

Prior to the West Indies series, the Test side had enjoyed success of their own, winning eight of their nine last Tests but even in victory, their batting was less than convincing. Against India, England’s top seven had a collective batting average of 30.32, while they didn’t pass 350 in their 3-0 series win in Sri Lanka. In West Indies, their problems with the bat have worsened, passing 200 just once in four innings.

“We’ve got the one-day team that goes out and plays that way, sometimes I feel the message between one-day cricket and Test cricket gets muddled a little,” said Bayliss. “But certainly within the team there hasn’t been a lack of talking about it.

“We’ve got to do the hard yards. That’s been the chat the whole time. You’ve got to play your game and if that means doing hard yards, boys talk about earning the right. If they’re bowling well early and there’s a bit in the deck, get through that tough period. The longer you bat, the runs do start to come.” 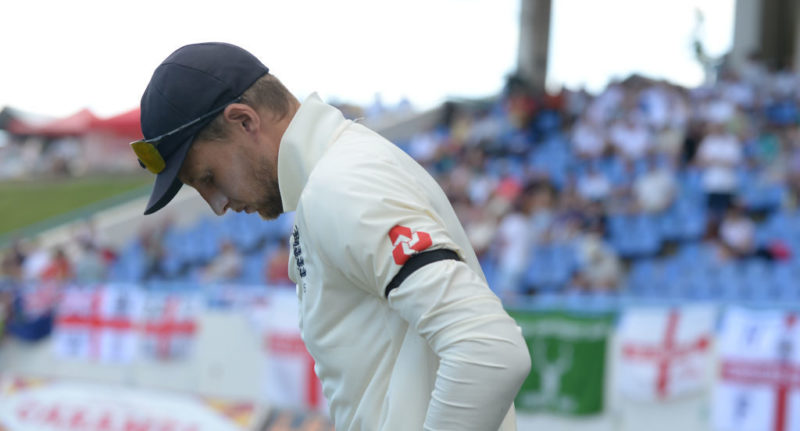 Bayliss also lamented the lack of ready-made international players being developed in county cricket, arguing that the current batting line-up might benefit from pressure from below.

“One of the things we’d like to see is plenty of guys in county cricket putting pressure on those blokes,” he said. “The guys we have tried at the top of the order over the last few years have been the best players in county cricket.

“From a middle-order point of view, we’ve probably got the best players in England, but they’re not being pushed from behind either. Yes, we’re looking for some top-order players to do well, and we have been for a while. But there doesn’t seem to be the ready-made international player who’s made plenty of runs and has the game that can succeed at international level. The best pressure is from within, pushing individuals to do better.”

Related Story: Sir Alastair Cook appointed to MCC’s world cricket committee
Another potential concern of having a Test team that overlaps so much with its ODI equivalent is that crushing defeats experienced in Barbados and Antigua might have an adverse effect on the ODI side at the start of a vitally important World Cup year. Bayliss, however, does not think this will be a major issue.

“There’s no denying that any defeat is not good,” said Bayliss. “It’s how you come back from it. Obviously we didn’t come back too well in this game. It’s a concern when you’re losing. It’s a big year ahead. Having said that, the one-day team is a little different to the Test team. They go about it in a slightly different fashion, different captain. I’d have to say it’s a concern, let’s see how they respond.”

“You’re learning from Rooty and Stokesy. They set a benchmark from a batting point of view"