Our panel of Wisden writers looked back at the year gone by to pick the top non-World Cup ODI bowling spells of 2019.

In a year featuring the flagship event that 50-over cricket has to offer, the 2019 World Cup understandably hogged all the attention. But with more ODIs played in 2019 than in any preceding year of the decade, 50-over cricket was as happening as it’s ever been.

That meant a slew of memorable performances that occurred on either side of the World Cup. From Jhye Richardson’s career-best performance against 50-over giants India, to Trent Boult’s clinical in swing bowling against the same opposition, that dismantled them for their first sub-100 total in nine years, there was no shortage of excellence with the ball. Below, we look at five of the best spells, outside of the World Cup, from the year gone by. 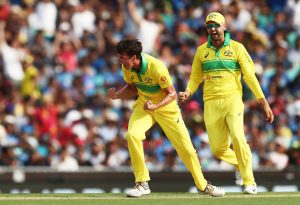 After their Test team’s confidence had been shattered by their first series defeat at home to India, Australia’s batting unit was infused with a breath of fresh air with the arrival of their one-day specialists, and piled on 288-5 in the first ODI of a three-match series at the Sydney Cricket Ground. But with an all-conquering top three in the opposition ranks, the chase was on… well, until Richardson dismissed Virat Kohli and Ambati Rayudu in the space of three balls in his second over.

Dealt an early jolt, India recovered through a fourth-wicket partnership of 137 between MS Dhoni and Rohit Sharma that lifted them from the depths of 4-3. But after Dhoni’s dismissal on 51, Richardson ensured that the opposition would mount no more comebacks, snuffing out Dinesh Karthik and Ravindra Jadeja.

Thanks to Richardson’s efforts, India tumbled to 254-9 in their 50 overs and succumbed to a 34-run defeat, despite a superb century from Rohit. 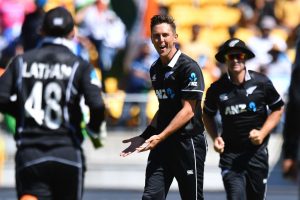 Five days after winding up their commitments in Australia, India flew across the Tasman sea to take on Kane Williamson’s New Zealand in a five-match ODI series. Having already swept past the opposition in each of the first three ODIs and claimed the series, the visitors were overwhelming favourites when they arrived for the fourth ODI in Hamilton. But in a rarely seen occurrence of a swinging white ball, Trent Boult destroyed India to send them packing for 92.

In the absence of Kohli, India flapped their wings desperately but sunk in 30.5 overs. Flummoxing a clueless Indian line-up with sudden changes in seam position and getting the ball to move this way and that, Boult ripped through the heart of India’s line-up, accounting for Rohit, Shikhar Dhawan and Shubman Gill, and later Kedar Jadhav and Hardik Pandya, whose big hits saved India the ignominy of their lowest ever ODI total.

Boult sent down all his 10 overs in one go, four of them maidens, and his efforts set India up for their heaviest ODI defeat ever in terms of balls remaining (212). 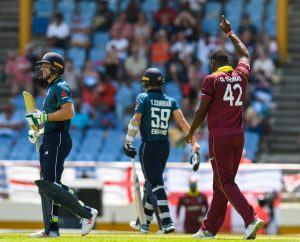 In the outlier match of a run glut of a series, Oshane Thomas produced his career-best performance to roll over England for 113 in Gros Islet. Four of Thomas’ five wickets – his first five-for in ODIs – came during a spectacular collapse of five wickets for two runs in 21 balls, as England went from 111-5 to 113 all out.

Thomas’ scalps included those of captain Eoin Morgan, Jos Buttler and Moeen Ali, three best England batsmen, alongside those of Chris Woakes and Tom Curran. Thanks to Thomas’ burst, England were consigned to their lowest ODI total against West Indies, and eventually, their heaviest defeat in terms of balls remaining, as West Indies polished off the paltry target in 12.1 overs, before the scheduled mid-innings interval.

The Namibia left-arm pacer put his stamp all over the Division Two final of the ICC World Cricket League with scarcely believable figures of 5-13 at the Wanderers Cricket Ground in Windhoek. On a historic day for himself and his team, Frylinck wiped out Oman to help Namibia defend a total of 226 by 145 runs.

Frylinck had top, middle and lower-order wickets to show, as he recorded his maiden five-wicket haul in List A cricket. His dominance trampled Oman, snuffing out their resistance in just 29 overs, as Namibia picked up their first ever ODI win. 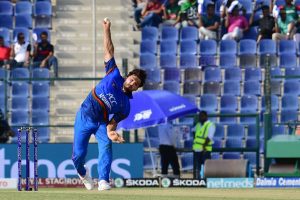 In another career-best performance, Gulbadin Naib, Afghanistan’s captain for their winless 2019 World Cup campaign, tuned up for the main event by destroying Ireland in Belfast, nine days before the tournament.

Making life miserable for Ireland, already facing a daunting chase of 306, with his difficult lengths, Naib reaped the benefits of the pressure it created by triggering a middle-order collapse. From a steady 77-1 in 16 overs, Ireland rapidly lost their way to fold for 179 as Afghanistan drew level in the two-match series.

Naib’s 6-43 wound up being the best figures for an Afghanistan fast bowler in one-day internationals.