Virat Kohli, the Indian captain, wants his side to quickly get a measure of the conditions, adapt and be consistent over their four-match Test series in Australia.

In India’s overseas tours of South Africa and England earlier this year, they lost the opening Tests. And while they bounced back for wins later, conceding the early advantage proved costly. Kohli, thus, hoped that the team would start on a positive note in the first Test in Adelaide starting on Thursday, December 6.

“We are not looking to start tentatively,” he told presspersons on the eve of the match. “We all want to express ourselves and go out there and be positive.

This is how the best in the world nets.

The sound his bat makes is 😍😍pic.twitter.com/TLkV6F6wNs

“We don’t want to wait to figure out what is happening with the conditions or the pitch. We need to read it really early and alter our games, which we couldn’t do in the last two tours. When we have done [so], we have won games. We have to do it for longer periods to win a series, which is our goal.

“We want to be a consistent side, and for that we have to adapt quicker than in the past.”

"We are not looking to start tentatively"

Stressing on the need to “correct the mistakes” from the past tours, Kohli insisted there was no question of taking the Australian side, even without star batsmen Steve Smith and David Warner, lightly. “I don’t think any Australian side is vulnerable at home,” he said.

“Regardless of all the things that have gone by, their skill levels are still there. We’ll have to be at our best to get the results that we want here.”

Announcing their 12 ahead of the game, India indicated they would go with an extra batsmen and four bowlers. With the injured Hardik Pandya not in the reckoning, Kohli urged the other bowlers to step up.

“Every side would like to have a fast bowling all-rounder, which we don’t have now with Hardik injured. Workload on the guys who will play in the absence of the all-rounder will be high, which has been discussed. They should not think of it as a burden, and rather embrace it,” he said. 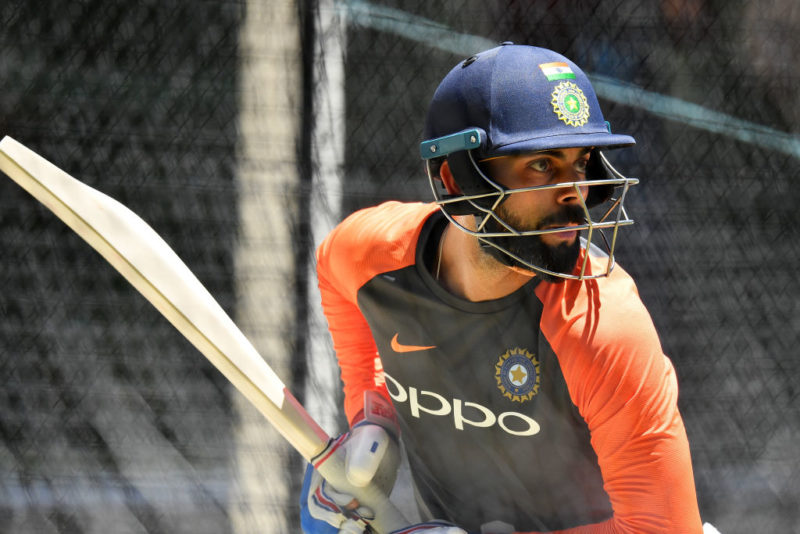 Australia, meanwhile, confirmed that Marcus Harris would make his debut, while Mitch Marsh, the joint vice-captain, would sit out. Supporting the fast-bowling trio of Mitchell Starc, Josh Hazlewood and Pat Cummins would be off-spinner Nathan Lyon. Lyon, who has a good record against Kohli, is expected to be key.

“The last time we played here, we had to be positive against him because he is such a good bowler – especially in these conditions,” said Kohli. “He understands the pace of the wicket and the bounce it will give him and where the fielders should be. He hits the bat harder and quicker than any other spinner I have faced in Australia.”

Yet, Kohli pointed out, Australia’s bowling would hunt in a pack. “You have to be at your best against their bowling attack … We have to back our game and we are confident of our skill set.”