Trevor Bayliss, the outgoing England coach, has said there’s only one full-time international role he is willing to consider next: the Australian job.

Bayliss had a fine four-year tenure as England head coach, during which he oversaw the transformation in personnel and approach of the team’s limited-overs side, culminating in their maiden men’s World Cup trophy in July this year.

And while the Test side fared less impressively – there was a historic Test series victory in Sri Lanka and England never lost a home Test series with Bayliss at the helm – the results have otherwise been inconsistent, and the batting continued to be a worry – his is still being considered as a successful stint.

“Regardless of what the quantifiable results may show, Bayliss’ time with this England team will go down in history for the kind of characters he was able to bring out in his players.”@axk92 on the Trevor Bayliss era.https://t.co/qb4FqGQkza

He will now concentrate on part-time roles. He is set to coach IPL side Sunrisers Hyderabad – and unless it’s Australia who come calling, it’ll stay that way.

Related Story: Tendulkar, Lara, daylight, and then the rest – Warne picks best batsmen of his era

“I’ve said before there is only one job I would take on in a full-time job, but I think it is in pretty good hands,” the 56-year-old from New South Wales said. “Justin [Langer] is doing a great job, and there are some very good Australian coaches coming through the system.

“I’ve signed up to do the IPL, but if there is anything anyone in Australia wants me to get involved in, I am more than happy to listen to what they have in mind. If I can help out, fantastic. But if not, I will enjoy watching the Australian and England boys.” 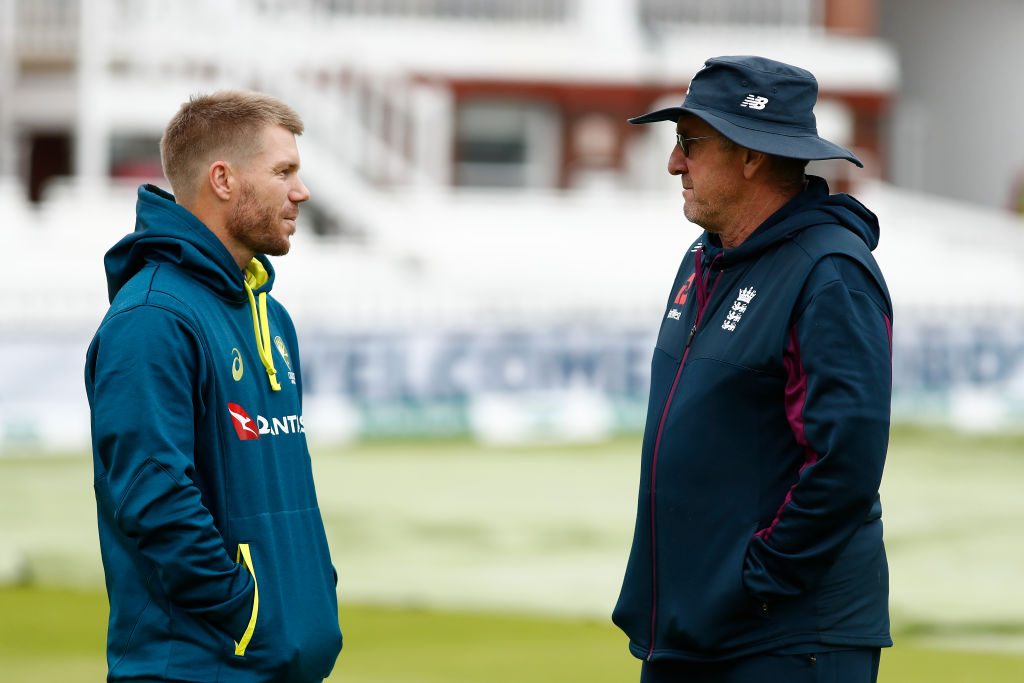 Bayliss is interested in working with Australia, should a position become available

The Australian job may not be available too soon, given Justin Langer’s impressive time in charge so far. However, Langer likes inviting former players and coaches to work with the team in part-time capacity – Ricky Ponting was assistant coach during the World Cup, and Steve Waugh was part of the coaching staff during the Ashes – and he has expressed an interest in working with Bayliss in a temporary capacity.

“I think about Steve Waugh and Ricky Ponting, guys who have been all-time great players for Australia, and we’ve had a number of them come through and that will continue,” Langer said. “I think there’s a huge upside to that system of doing things.

“But certainly Trevor Bayliss, from a personal point of view and as a mentor, I’m sure I can learn a lot from TB, if he’s open to it. He’s a seasoned campaigner, he’s an Australian and I know he’s done a great job for England, but I know he loves Australia as well so who knows what will happen there.”