The first day of the first Test between South Africa and Sri Lanka had a controversial moment when a DRS call by Sri Lanka was denied by on-field umpire Aleem Dar.

In the second over of South Africa’s first innings, an lbw appeal against Hashim Amla by fast bowler Vishwa Fernando was turned down by Dar. When Sri Lanka captain Dimuth Karunaratne, after consulting his teammates, asked Dar to refer the decision to the third umpire, he was told that his team were late in asking for the review.

According to the ICC’s playing conditions, “the total time elapsed between the ball becoming dead and the review request being made shall be no more than 15 seconds”.

Related Story: ‘We’ve been made to eat our words’ – Commentators left stumped by overturned decision

However, Dar’s decision appeared to be in contravention to the said ICC rule as replays by the host broadcaster showed that Sri Lanka had taken 12 seconds to review. 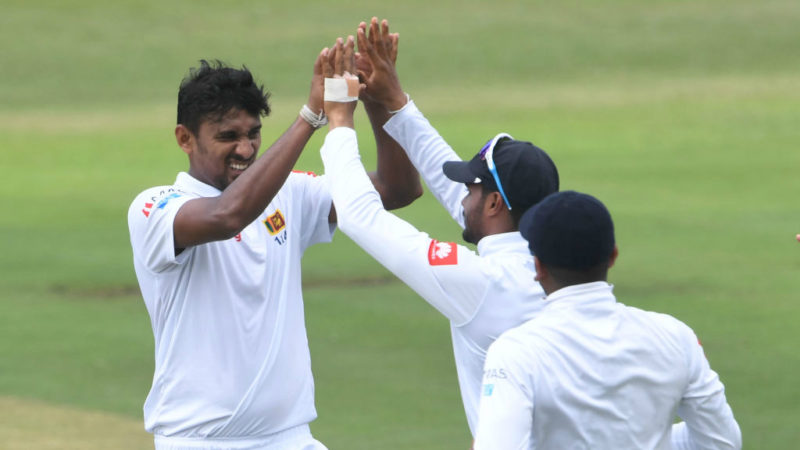 Replays also showed that the ball, which had pitched in line with the stumps, had hit Amla in line and would have gone to hit the stumps, and hence a review, if granted by Dar, would have led to the reversal of the on-field ‘not out’ decision.

However, the missed opportunity did not cost Sri Lanka much as Amla was dismissed for three runs by Suranga Lakmal in the sixth over.

The playing conditions also state that the on-field umpire should prompt the team after 10 seconds have passed from when the ball is declared dead, but replays didn’t show clearly if Dar had made any such prompt to Karunaratne and Sri Lanka.

South Africa were dismissed for 235 in their first innings and Sri Lanka finished day one on 49-1, trailing the hosts by 186 runs.