Reflecting on his side’s remarkable transformation into a world-class one-day side, Eoin Morgan, the England captain, said that the humiliation of the group-stage exit at the 2015 World Cup became a catalyst for a radical change in England’s methods.

England lost four of their six Pool A matches at the World Cup in Australia and New Zealand, their only wins coming against Afghanistan and Scotland. Their campaign eventually ended with defeat to Bangladesh.

Four years since that ignominy, England are now the No. 1-ranked ODI side in the world, and one of the teams to beat at this year’s World Cup at home, and Morgan put the evolution down to getting out of their shells and identifying a common goal to work towards. 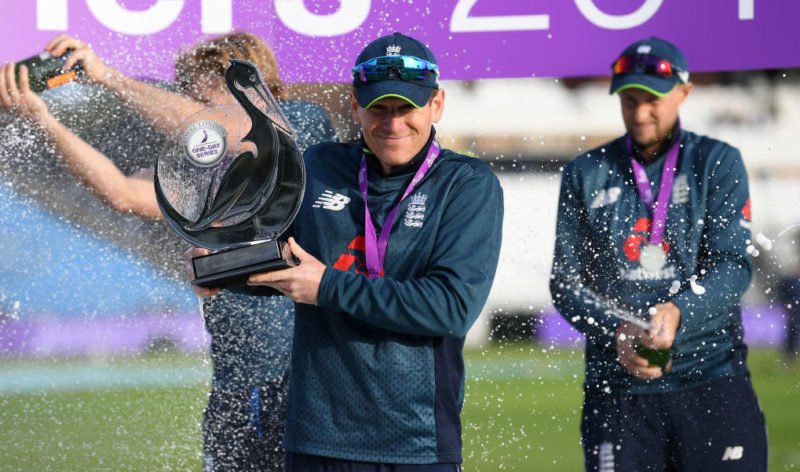 “We were humiliated”, Morgan told BBC’s Test Match Special podcast. “We recognised we were so far off the mark, needed to change the way we played and needed to have one clear goal as a team.

“As a group, we’d been together for a long time and played the same cricket. When we were put under pressure, we would go into our shell and be unable to play any shots.”

England needed to look no further than World Cup co-hosts New Zealand to understand what their approach needed to involve. Brendon McCullum’s team captured the imagination of an entire nation with their fearless and attacking brand of cricket, en route to a maiden tournament final, and Morgan admitted to emulating the Kiwi approach of “playing fun cricket”.

It worked almost immediately, as in their first completed match after the World Cup, England racked up 408/9 against the very team they sought inspiration from and went on to thrash them by 210 runs.

“Throughout the first couple of years as a side, none of the talk was results-based. The talk in the dressing room was about changing our method,” Morgan said.

“New Zealand cricket had embodied playing fun cricket under [Brendon] McCullum. Playing against them, we were a little bit jealous. We weren’t enjoying our cricket, and that was something we wanted to change. Transforming your game from an average-scoring side to one who scored 350 or 400 is extremely exciting and fun to be part of.”

New Zealand cricket had embodied playing fun cricket under McCullum. We weren't enjoying our cricket, and that was something we wanted to change.

Morgan also reflected on the honour of leading England for the first time at a home World Cup and brushed aside concerns that England would be fazed by the pressure of expectations. “As a child, you dream of scoring 100 in a Test match or hitting the winning runs in a World Cup final. I never dreamed I would captain England in a home World Cup,” the 32-year-old said.

“It’s a huge opportunity for us this summer, and I don’t think it is pressured. Everywhere we have been for the past two or three years – tough places like Australia and India away – we’ve been favourites. If guys didn’t enjoy being favourites, it would become pressure. I see it as opportunity.”

England begin their World Cup campaign on May 30 against South Africa at The Oval.