Despite the 2015 World Cup being ‘one of the worst times of’ Eoin Morgan’s career, England’s ODI captain believes that his side’s group-stage exit in the tournament has ultimately served as a blessing in disguise.

The tournament saw England crash out after a 15-run defeat at the hands of Bangladesh, but the last four years have seen Morgan’s side reverse their white-ball fortunes, climbing to the top of the ODI rankings with a World Cup on home soil just months away.

“We are open-minded to things. We’ll make a decision once he’s actually available.”

Eoin Morgan has left the door open for @craig_arch to make a bolt for World Cup selection once he qualifies for England.https://t.co/hsmBIThA4Y

Speaking at the launch of the ICC World Cup Schools Programme’s ‘Welcome to our Area’ and ‘Playground Pundits’ projects in London, Morgan reflected on the implications of the 2015 tournament on England’s subsequent showings in the white-ball arena.

“That World Cup played quite a significant part in us – myself, the selectors, and the coach – [having] an actual blank sheet of paper in saying we need to change where our priorities lie with one-day international cricket,” Morgan said. 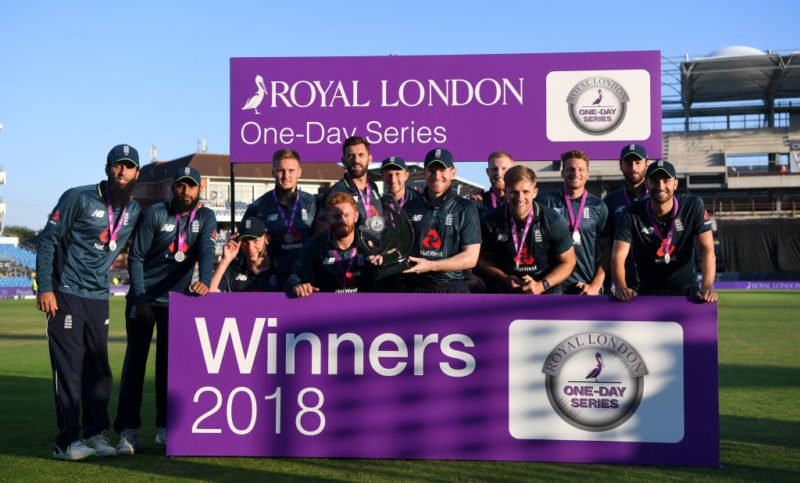 Morgan was full of praise for Strauss, who left the role in October 2018 to help with his late wife’s cancer treatment.

“He was a huge part of building up to this summer, and he still is in many ways,” Morgan said. “He put in a the foundations of everything, he put a lot of trust in people, gave great direction. He backed people to do what they do, which there’s a lot to be said for. He’ll be watching and hopefully he enjoys it.”

For Morgan, the opportunity to inspire a new generation on home soil is something he is mindful of, with his side unlikely to be fazed by the pressure of such a task.

Related Story: Eoin Morgan: Alex Hales breakdown in trust ‘extremely dramatic’
“It would add to the pressure if we were coming off the back of hit-and-miss results, we were unsure about our team, our squad, or method in which we were playing. I think everything’s becoming more clear the more that we play. We still need to tinker a little bit here and there but that’s fine-tuning. But the opportunity to inspire, that’s huge.

“That’s one of the huge roles that a World Cup plays when it rolls into any country, growing the game. The Cricket World Cup and ECB are showing initiative in trying to get a million kids involved in cricket that aren’t necessarily involved directly at the moment. The power of any world competition has that. I think it’s important to be able to engage, like today, in local schools, raising awareness of the nationalities and teams that are coming, the cultures that they might come across.”