Mark Wood is desperate to prove himself at a variety of arenas – Test cricket, at the IPL, in terms of his fitness, and more.

To that end, he has been decisive. Rather than spend the month bowling in the nets for Chennai Super Kings in IPL 2018 – in his only outing for the team, he returned 0-49 – he cut short his stint and returned to Durham.

In his first outing back, he returned a career-best 6-46 against Derbyshire, and given that he was since named in first Test squad to face Pakistan, Wood is understandably excited.

“Any game I play for England, I love it,” he was quoted as saying by EspnCricinfo. “When I was in the back garden as a kid it was never T20 or 50 overs, it was Test matches. In my mind, all the best players were at Test level and that’s what I wanted to strive to.

Good to catch up with @MAWood33 but even better to pull on the @ChennaiIPL kit! Looking forward to practice tonight! #CSK #IPL #VIVOIPL #T20 #whistlepodu pic.twitter.com/x5ZCbF2Hmw

“These days, the 50 and 20-over stuff is a huge part of the game so I’m delighted to be part of such a good team – we have an awesome one-day side – but the pinnacle for me is still trying to get into that Test (team) and I think I have a real point to prove.”

Wood has 28 wickets from 11 Tests at an average of 41. In his last Test, at Hagley Oval in Christchurch, he got his maiden half-century in the format, but the medium pacer said he realised the need to improve those figures, especially in the wickets column.

“There were times when I thought I'll never play for England again, and I'll have to go into the real world"

“I need to get more wickets,” he said. “I need to be more consistent. Having the game-plan in New Zealand definitely helped because I knew the role they wanted me to play. Whether I got wickets or not, I knew it didn’t matter because it was the role I was playing. Having a bit more of a specific role – whether it’s an enforcer or do something a little different – then even if I don’t get wickets I know I’m contributing.

“To be honest, I’ve got a lot to prove to the selectors, coaches, media, the fans because I’m a guy people probably had high hopes for and I’ve not done it consistently enough. An average of 40 is pretty average to be honest and I definitely want to lower that.” 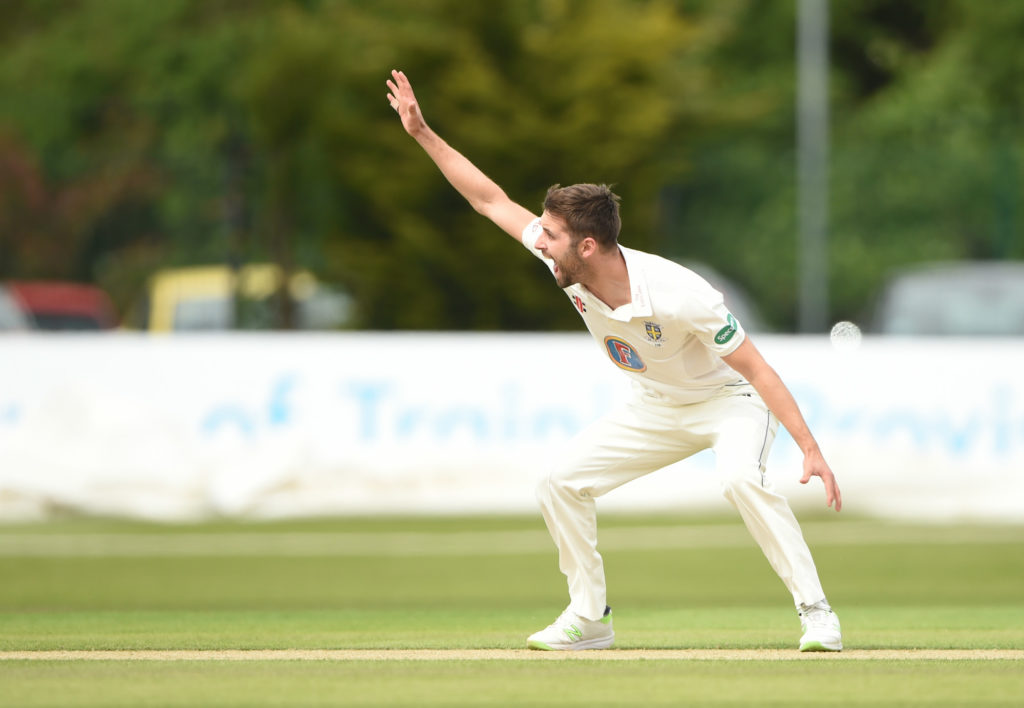 Injuries haven’t helped – he’s had three ankle surgeries between 2015 and 2016 – but he’s feeling a lot better now. “I’ve had seven months injury free now, which I’ve probably never had before,” said Wood. His ankle is “decent” right now, and he will “hopefully keep it okay”.

The fear in those injury-blighted years, though, was very real. “There have been times when I’ve thought I’ll never be the same again, I’ll never play for England again and I’ll have to go into the real world. There have definitely been doubts but things I can hopefully overcome with more game time.”

In keeping with his thirst to prove himself, Wood wants to return to the IPL as well, although he conceded he didn’t do enough to get into the Chennai XI on a consistent basis. “It was a difficult decision and I was 50-50 whether I leave,” he said. “Andrew Strauss rang me up and said, ‘if you’re not playing, there’s real value in coming home’.

England will play Pakistan in a two-match series, starting with the Lord’s Test on Thursday.