Pakistan captain Sarfaraz Ahmed said cricket shouldn’t be targetted after the February 14 Pulwama terror attack, and called for the India-Pakistan match at the 2019 World Cup to go ahead as planned.

Cricket and politics should not be mixed, Ahmed insisted, and asked the decision-makers to keep in mind the interests of cricket fans from both countries.

“The India and Pakistan match should be played as per schedule as there are millions of people who want to watch this game. I just don’t think cricket should be targeted for political gains,” Ahmed told cricketpakistan.com.pk.

“It is disappointing to see cricket being targeted after the Pulwama incident. I don’t recall Pakistan ever mixing sports with politics. Sports should just be taken as sports.”

BCCI reaffirms World Cup stance, calling for "the cricketing community to sever ties with countries from which terrorism emanates" ?https://t.co/1T2BbGVmu3

Following the Pulwama terror attack that killed 40 personnel of the Indian Central Reserve Police Force, reports emerged earlier this week that the BCCI had drafted a letter to Shashank Manohar, the ICC chairman, requesting that the governing body ban Pakistan from participating in the World Cup.

Then, in a statement released on Friday, February 22, the BCCI urged the ICC to “sever ties with countries from which terrorism emanates” and also voiced its “fears” over the safety and security of players and match officials at the World Cup in the wake of the attack.

However, there have been cricketers on both sides who are in favour of playing the match on schedule. India legends Sunil Gavaskar and Sachin Tendulkar, and former Pakistan captain Javed Miandad have all called for the match to go ahead. 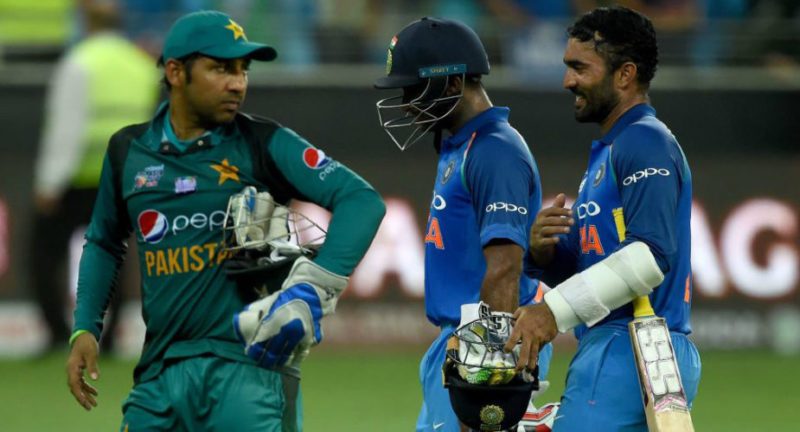 India and Pakistan last met during the Asia Cup 2018

Should India boycott their group match against Pakistan, they will forfeit the two points on offer, and it will be awarded instead to Pakistan. “Would personally hate to give them two points and help them (Pakistan),” Tendulkar told the Press Trust of India.

“Who wins if India decide against playing Pakistan in the World Cup? And I am not even talking about the semis and the finals. Who wins? Pakistan win because they get two points,” Gavaskar told India Today.

The World Cup begins on May 30, and India are slated to play Pakistan on June 16 in Manchester.