The Eoin Morgan-led England cruised to a comfortable 43-run win (DLS method) in a rain-affected warm-up game against Sri Lanka XI in Colombo on Friday, October 5.

Moeen Ali, the off-spinning all-rounder, did well with the ball by helping restrict the Sri Lankans to 287-9. He returned 3-42 from his 10-over spell.

All the batsmen that Ali dismissed represent Sri Lanka at the international stage.  He first had the openers Dimuth Karunaratne (25 from 23) and Lahiru Thirimanne (23 from 36) bowled in the 10th over and later returned to trap Kusal Mendis in front for 22.

“It’s good for my own confidence to get a couple of wickets upfront against two of their more international type of players,” said Ali after the match. “It was nice to get them in the Powerplay. These guys are used to these conditions, and they are good players in these conditions. It’s not going to be as easy as people think, but as a spinner, you do have things in your favour, and that always helps.

“I thought we bowled well as a team to keep them down. It was a very good wicket. It was nice to come out and break that partnership initially and then to get the other guy out.” 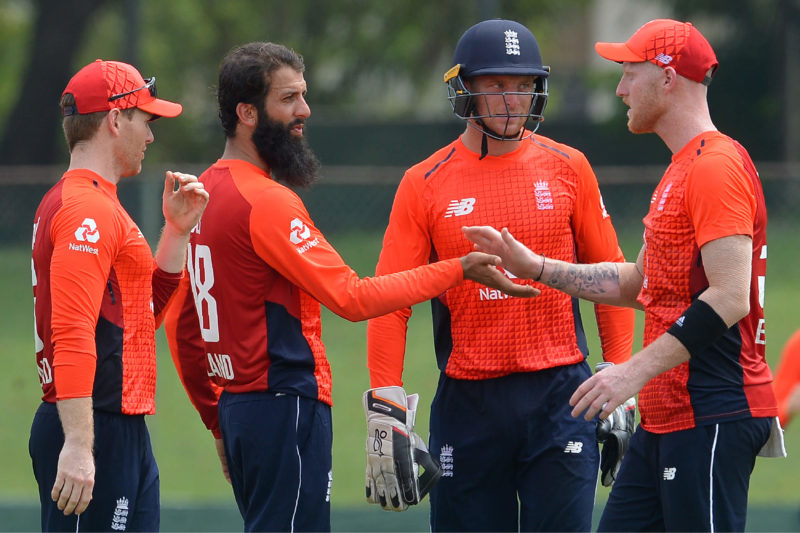 Moeen Ali shone with the ball, finishing with figures of 3-42

Ali added that he was happy to contribute to his team’s win by playing a ‘big role’ in the spin-friendly conditions that assisted him. “It’s always nice to tour somewhere where you think you’re going to play a big role – it does give you that extra bit more,” he said.

“It’s never a guarantee that you’re going to go well. I’ve had that experience as well, going to India and stuff. You’ve got to stay calm about it, can’t get too far ahead.”

In response, England lost their openers Jason Roy (27) and Jonny Bairstow (3) early. Joe Root (90* from 92) at No.3 and captain Eoin Morgan went on to stitch an unbeaten 174-run stand, helping their side race to 215-2 in 35.3 overs before rain interrupted play. By then, England were well ahead of the revised total. 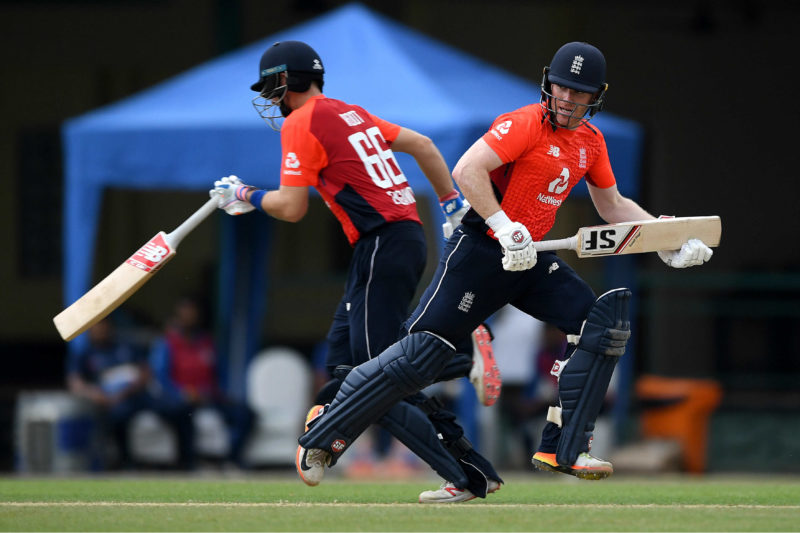 Ali was impressed with the way Morgan, who remained unbeaten on 91, which he scored in just 84 balls, handled the Sri Lanka spinners. “He’s a fantastic player of spin, and I personally love the way he plays when he plays with intent,” he said. “It’s great to see some of the shots that he played today.”

Related Story: James Vince wants a ‘bit of a run in the side’ after starring in Christchurch

And, he added, it was great to start their Sri Lanka tour win a win: “As the No. 1 side now, you don’t want to come here and start with a loss, especially to a side that’s not their main side.

“The philosophy that Trev [Trevor Bayliss, the coach] and Morg [Morgan] have tried to emphasise is that we need to win these games quite comfortably. As a side, you don’t want to stumble.”