Steve Smith was left fuming at umpire Nigel Llong on the first day of the Boxing Day Test against New Zealand in Melbourne, with the umpire’s decision on a dead ball coming under scrutiny.

Llong’s decisions to call Neil Wagner’s short-pitched deliveries a dead ball, after Smith offered no shot but attempted a run, annoyed the batsman as well as Shane Warne, who was on commentary duty.

Wagner had dismissed Smith twice in the first Test in Perth, having found some success with the short ball. On Thursday, shortly before lunch at the MCG, Wagner bowled to Smith from over the wicket and continued the short-ball attack.

You make the call – should this be a dead ball? #AUSvNZ pic.twitter.com/CMp4Q9AHvW

He hit Smith twice, even as the batsman offered no shot. However, his attempts to take a single off those deliveries were scuppered by Llong, who called it a dead ball and sent Smith back to the striker’s end.

The first time, Smith went on with it. When he was denied the run a second time, he was fuming; there was an intense on-field debate between batsman and umpire. Smith believed he had taken evasive action for each delivery, which entitled him to attempt a run, something Warne agreed with on air. Llong, meanwhile, didn’t seem to consider it evasive action.

“Well the umpire’s wrong,” Warne said on Fox Cricket. “Steve Smith has every right to be angry because the interpretation Nigel Llong is giving at the minute is incorrect. 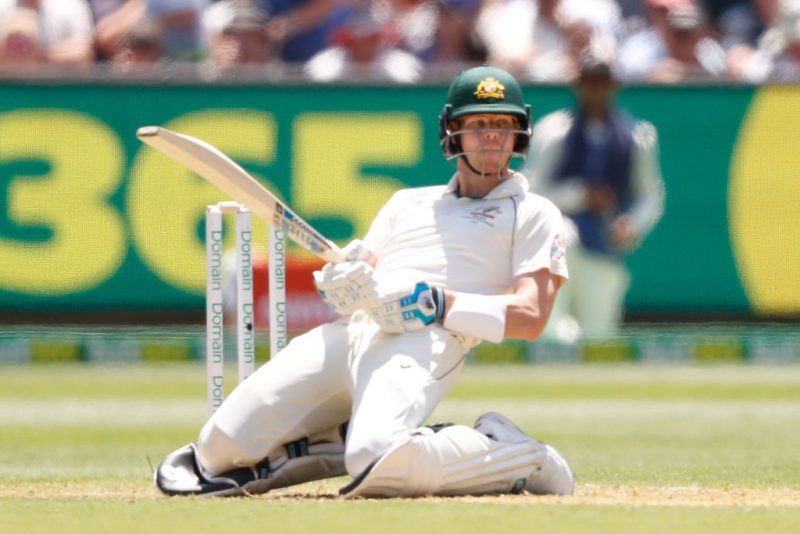 Steve Smith attempted evasive action. Or did he?

“The rule is if you evade a short ball and it hits any part of your body, you’re allowed to run even if you don’t play a shot. I’m sure someone’s going to have a chat to Nigel Llong in the lunch break because Steve Smith’s livid and rightly so.”

According to the ICC’s Test match playing conditions, “If a ball delivered by the bowler first strikes the person of the striker, runs shall be scored only if the umpire is satisfied that the striker has either attempted to play the ball with the bat; or tried to avoid being hit by the ball.”

If Llong wasn’t satisfied that Smith had made a legitimate attempt to avoid being hit by the ball, he couldn’t have awarded the run. Players sometimes attempt to use their body to play the ball – Adam Gilchrist called this the Matthew Wade rule on air on Fox Cricket, saying it was a technique often employed by the wicketkeeper-batsman – and in those cases, a run cannot be awarded.

As with so many things in cricket, it comes down to interpretation.