The Trinbago Knight Riders camp was an elated one following their victory in the final of the Caribbean Premier League 2018 – an eight-wicket triumph over Guyana Amazon Warriors – which gave them their third title.

For Guyana, the defeat will be an especially bitter pill to swallow as it was the fourth time they had made the title round but failed to cross the last hurdle – they managed just 147-9 batting first, and Trinbago chased it down with 15 balls in hand.

For Trinbago coach Simon Katich, it’s the team’s ‘hunger’ that motivates them. In the whole tournament, they lost only three matches – two in the group stage, and once to Guyana in the first qualifier.

"Unbelievable! It was excellent to come out tonight and finish it off"

“A lot of teams came hard at us – they (Trinbago players) always had the talent, they have the hunger too. We lost a few games in the middle but saved our best for last,” Katich said.

“We have so many experienced players to be adaptable in the batting order. Fawad (Ahmed) has been a great wicket-taker and Ali Khan has done extremely well for us with the new ball and at the death. Really proud of these guys.” 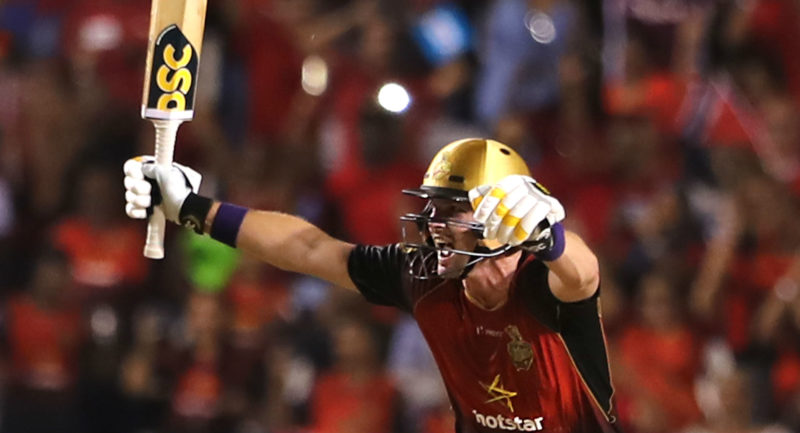 “It was excellent to come out tonight and finish it off”

Kharry Pierre’s spell of 3-29 was crucial in restricting Guyana to a small score, and he was crowned Player of the Match. With the bat, it was Colin Munro who sparkled, smashing 68* in 39 balls – including six fours and three sixes.

“Unbelievable! It was excellent to come out tonight and finish it off, despite a couple of losses in the back end of the tournament,” Munro gushed. “Thankfully I didn’t have to leave it to anybody else, despite the firepower around me.

“The coaches and the management have backed me to go out there and play my natural game. Sometimes it doesn’t come off, but they’ve trusted me through thick and thin. We were chasing a par score, but we managed to romp home in the end.”

SIX!! Check out some @heromotocorp maximums from the CPL 2018 final #CPL18 pic.twitter.com/teO5XiXUh0

“My coach asked me to be consistent, and he said he wanted me to be at the top of the leaderboard,” Munro revealed. The New Zealand batsman certainly obliged, raking up 567 runs to finish well ahead of second-placed Jamaica Tallawahs batsman Glenn Phillips (457).

Khan was one of the big revelations of the CPL 2018 too. The American pacer of Pakistani origin was brilliant with the new ball, finishing with 16 wickets from 12 games. He began the final with the perfect seamer’s wicket, rattling Cameron Delport’s stumps with his first ball, thus setting the tone for the final.

“Perfect start to the perfect final,” the 27-year-old said. “It was expected of me and I’m glad I came and delivered. I’m getting a lot of love from the crowd, so it feels like I am home.”

HOWZAT!! Check out some of the wickets from the CPL 2018 final #CPL18 pic.twitter.com/37tILdUUE7

Khan was easily the most prolific seam bowler for Trinbago, ahead of Dwayne Bravo (13 wickets), but overall it was leg-spinner Fawad Ahmed, who made the most impact.

“I’m really glad we finished the job. I have gained a lot of experience and I am glad that I could contribute to my team’s success,” said the Australian who finished the tournament with 22 strikes.

And, as for captain Dwayne Bravo, it was the right result all right: “In a tournament like this, you can lose close games but we had the best team and we deserved to win,” said the all-rounder. “I am happy with the way our team played throughout the tournament. I think the first ball of the day by Ali Khan set the tone for us.

“(Luke) Ronchi got them off to a great start but Pierre showed his courage to come back. Colin Munro put an icing on the cake along with Brendon McCullum.”