Jason Roy is set to miss England’s next two World Cup matches – against Afghanistan (June 18) and Sri Lanka (June 21) respectively – after the ECB confirmed he had suffered a hamstring tear against West Indies.

The opening bat, who left the field during Windies’ innings on Friday, will continue to be assessed this week.

England have the option of replacing Roy in the World Cup squad but such a move could not be reversed, meaning the England staff will want to bide their time and monitor his progress over the next week or two – much like India are doing with Skikhar Dhawan – with a view to having him fit for the latter part of the tournament. 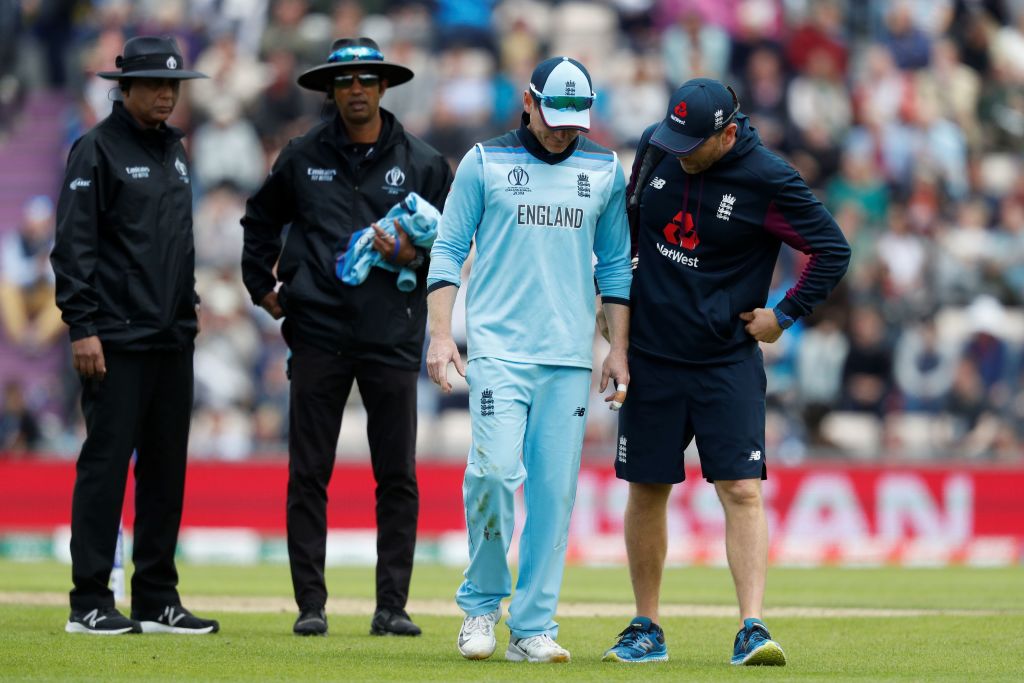 There is more positive news on Eoin Morgan’s back spasm, however. The England captain, like Roy, also left the field on Friday and did not bat, before undergoing a scan this weekend.

“The spasm has settled down and [he] will be monitored over the next 24 hours ahead of England’s next match against Afghanistan,” an ECB statement read.

Hampshire batsman James Vince is in-line to make his World Cup debut at the top of the order.