Five key points to be taken from the second Ashes Test between England and Australia in Adelaide.

Smith can be rattled

Historic win or no historic win, England had Australia captain Steve Smith feeling the pressure during the second Test – both with the bat and in the field. After making various public statements about the England team and leading and defending Australia’s confrontational verbal approach, he seemed unsettled by the bowling and intent of James Anderson and Stuart Broad in the first innings. Batting under lights against a newish ball he looked similarly out of sorts in the second innings and managed a match tally of 46 – far below his exceptionally high standards.

He’s also received a huge amount of criticism for his unilateral decision to not enforce the follow-on (one that Australia’s bowling coach David Saker now says was a mistake), before having a nightmare with the DRS. He blew Australia’s only two reviews of the innings with two incorrect challenges in the space of three deliveries on the fourth day.

To add further pain, he dropped a catch at slip off Nathan Lyon and became visibly aggravated with himself and his bowlers out in the middle. As Michael Vaughan pointed out before the series started, “you can get Smith flapping” – and for a while, at least, England did.

Bairstow is wasted at 7

Jonny Bairstow is undeniably one of England’s best four available batsmen (alongside Joe Root, Alastair Cook and Moeen Ali), and in a team with an at best inconsistent and often fragile batting line-up, No.7 is too low for him to be batting. After the use of a nightwatchman in the second innings at Adelaide, he ended up at No.8. That, all the more so in the absence of Ben Stokes, is a waste. 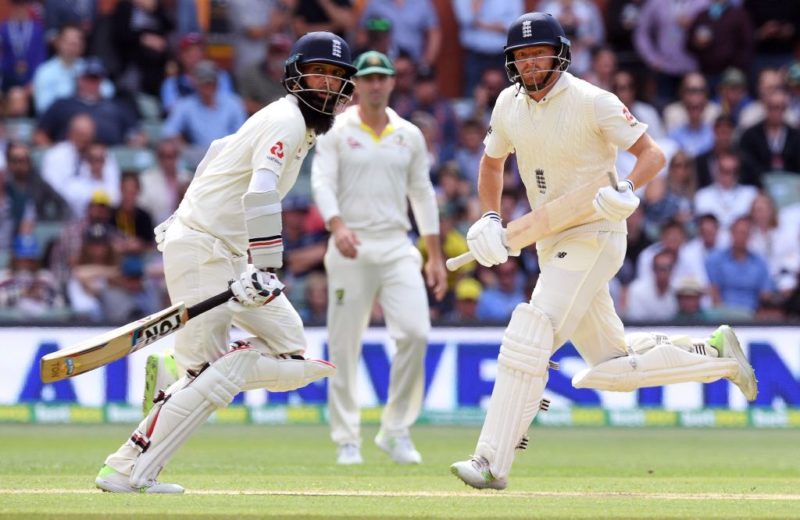 Whether it involves bringing in Ben Foakes to keep wicket to allow Bairstow the breather he requires to bat in the top five, or whether it’s a simple re-jig of the order, it’s hard to deny that the tourists would look a better team with their best players higher up the order.

As if we needed a reminder – they’ll always find something or someone to sing for. With Australia’s reviews gone, they had no recourse after a big appeal from Lyon against Root was turned down. And didn’t the Barmy Army know about it.

In more ways than one… another match full of spice and verbals. The competitiveness of Ashes cricket has ensured it’s been a good spectacle, but tensions are starting to bubble over and there are still three Tests to go.

Matt Prior has told the BBC that his former England teammates were upset at how Australia’s comments in the first Test had crossed the line and become overly personal.

“There’s a lot that’s gone on that I think the England players are quite upset about – and rightfully from what I’ve heard,” he said. 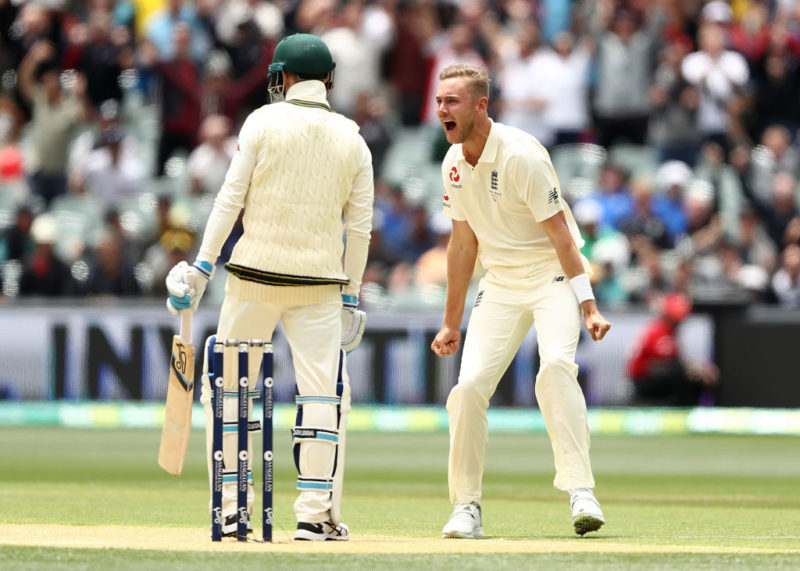 Peter Handscomb has quickly made acquaintance with the England players

“There’s been a lot of chat on the pitch that hasn’t got anything to do with cricket and frankly shouldn’t be on a cricket pitch – stuff that hasn’t come out, for various reasons.” The former England wicketkeeper refused to elaborate.

It is to be hoped both sides can behave in such a way that they are happy shaking hands and looking each other in the eye come the end of the fifth Test in Sydney.

Day/night cricket can be absolutely brilliant

Another day/night Test in Adelaide – keen to make itself the spiritual home of the format – has been a triumph. Creating new tactical considerations and ensuring the bowlers are never far from the game, it has elevated Test cricket rather than cheapen it.

The evening sessions have provided a superb test of batsmen’s skills and drawn huge interest for viewers at home and in the ground itself – which has enjoyed a record attendance. The durability, visibility or otherwise of the pink ball has barely been discussed, either, which suggests Kookaburra have developed a ball that is doing its job – at least for now.