Jofra Archer has come in for more praise after a terrific breakthrough year in international cricket, with Ben Stokes the latest to predict big things from the paceman.

Archer starred for England at the World Cup, sending in that Super Over, and followed it up with 22 wickets in his maiden Test series in the Ashes. He already has two six-wicket hauls in four Tests, and has jumped to No.37 on the ICC Test Bowlers’ rankings, having only played his first Test in August.

However, for all his excellent returns, it’s his attitude that Stokes is most impressed with. “It is very rare for a 24-year-old to be able to come in, be exposed to this environment and then step up and improve game by game as quickly as Jof is doing it,” Stokes was quoted as saying by The Guardian. “There is plenty more to come from him because he is so skilful and picks things up so quickly.”

ICYMI: The last Wisden Ashes Daily Podcast.@Taha_Wisden and @Phil_Wisden look back at a memorable Ashes series and pick out their favourite moments.

Listen and subscribe on the Podcast App or Spotify.https://t.co/XcfJOOxply

Archer, who is set to earn his first central contract when the ECB make the announcement this Friday, September 20, is already being tipped as the key to winning the Ashes back from Down Under, when England visit in 2021-2022.

“I don’t think I’ve seen a more talented bowler in my time,” Stokes went on. “It’s great to have him on your team. No doubt he is the sort of guy who can help get those Ashes back when we go down under [in 2021-22]. He’s got experience in that part of the world from playing in the Big Bash too, so he’ll feel comfortable going there and performing.

“When you can bowl 90mph and with the control that he’s got, then he is going to be a huge threat anywhere in the world.” 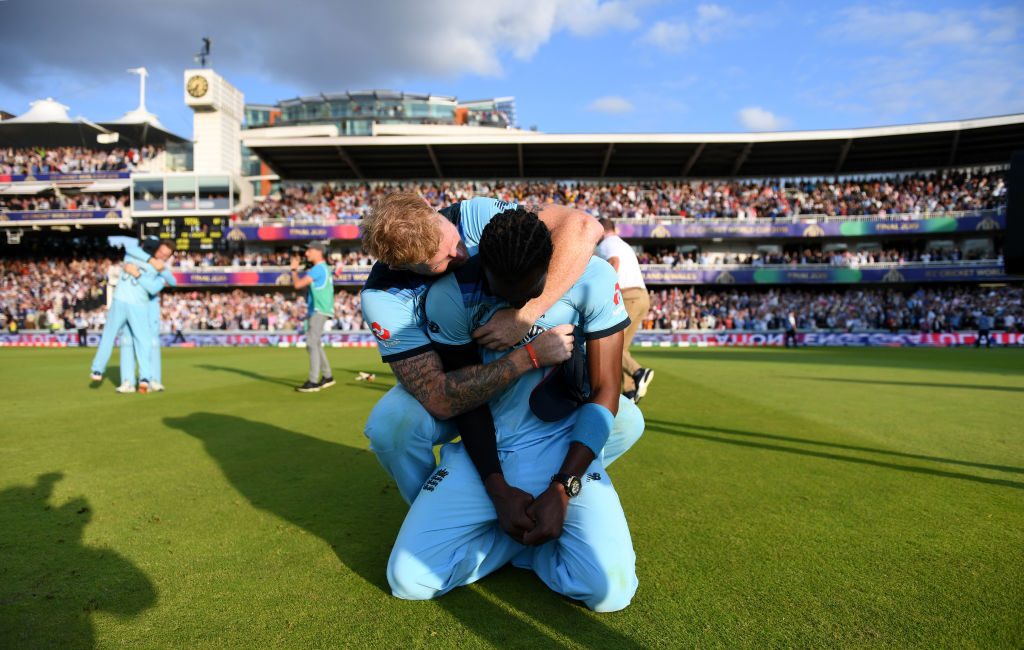 The Ashes ended 2-2 after England won the final Test at The Oval by 135 runs, and with it came the end of an era, as Trevor Bayliss departed as coach. Stokes was understandably downcast. “I’m not sure I’m looking forward to life without Trevor in the dressing room,” said Stokes.

“He’s been an amazing person to have around over the last four years. He obviously got brought in to do a job with our one-day cricket but he’s had a massive influence on this group of Test cricketers too. I’m glad that we managed to win this last game for him.

“There were a lot of things that we were playing for out there: Trev was one of them.”