England opener Rory Burns said an interaction with the Ashes heroes of 2005 was the inspiration behind his obdurate 125* on the second day of the Edgbaston Test on Friday, August 2.

Burns batted throughout the day, and by the end of it, had been at the crease for 402 minutes. In that time, he had found the boundary 16 times, faced 282 balls, and spent nearly an hour in the 90s. When he eventually walked off, at stumps, the Australians shook his hands, and the crowd chanted his name.

Burns soaked it all in, and revealed a meeting with the likes of Andrew Strauss and Ian Bell that left him so charged up that he could “go through a brick wall” the next day. “To be an Ashes cricketer in the first place is a wonderful thing,” he said. “We connected with some past players, some of the 2005 winners the night before the Test, and I was literally ready to run through a brick wall and get right in amongst it.

“Having weathered the first half-hour here, Burns was referred to by one of Australia’s close fieldsmen as a ‘sitting duck’. He was still sitting and ducking seven hours later.”@Phil_Wisden on that epic Rory Burns knock 👇https://t.co/fzDifQUAcA

“The night before, I probably played my first ball a few times and probably celebrated a hundred a few times. To get over the line today is a wonderful feeling.”

Burns brought up the century with a quick single off Nathan Lyon, having resisted repeated temptations to sweep. It was a nervous time – he had watched on as Joe Denly and Jos Buttler were dismissed while he was in the 90s – but he thanked the crowd for keeping him going.

“My general thought when I was on 99 and Lyon started bowling handy stuff was trying to talk myself out of sweeping him. I was just trying to stay level and almost wait for the ball that was in my area, just to tickle [it] somewhere. To get over the line there with a quick dash, that will be a pretty special memory.” 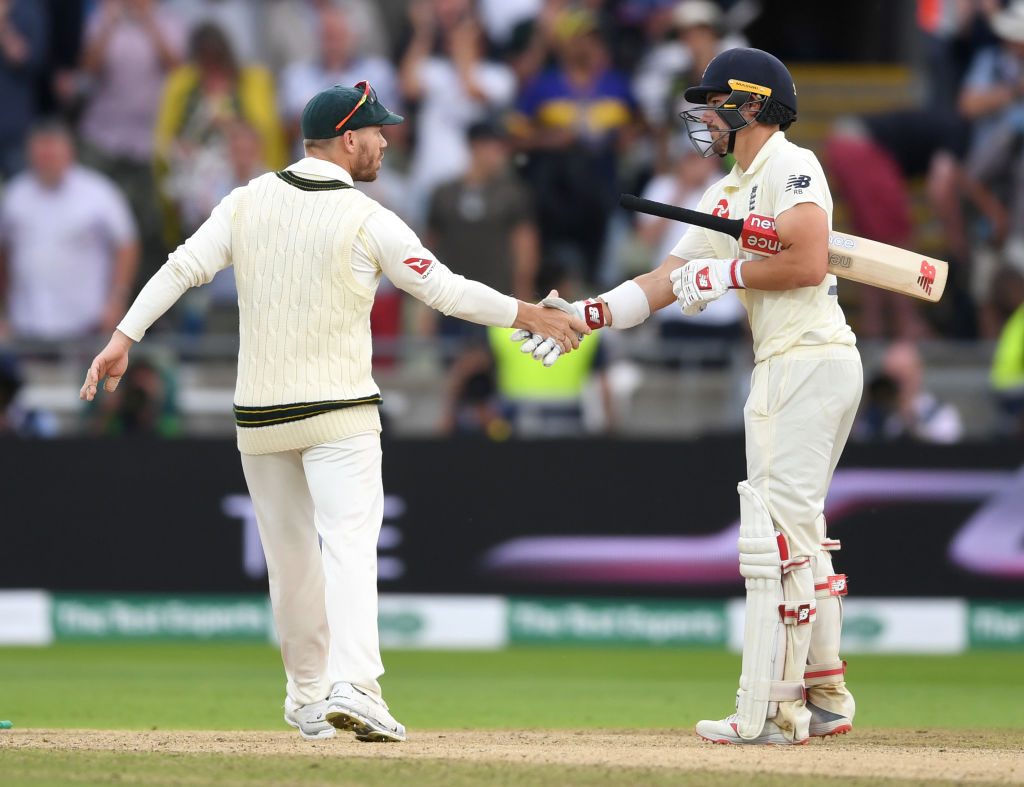 It was all just reward for his persistence following a poor showing against Ireland last week – he was dismissed for 6 twice, which put his place in the Ashes squad in jeopardy. However, he sought out his mentor Neil Stewart, brother of former England wicket-keeper Alec, to fix a few issues.

“I went to someone who’s known me since the age of six – he’s been coaching me,” Burns said. “I just asked him what he reckoned. He gleaned out a few thoughts for me, and I just tried to put those into practice. I tried to get a bat in hand as much as I could over four or five days between the Ireland Test and this match.”