Craig Overton said England’s efforts with the ball on the opening day in Manchester were made difficult by the windy conditions, and urged the players to go in with a “positive attitude” on the second morning.

The paceman took the all-important wicket of Marnus Labuschagne to break his 116-run stand with Steve Smith for the third wicket. Despite that, Australia ended the day at a strong 170-3, and England need early wickets on Thursday, 5 September – Smith’s the most pressing among them – to claw their way back into the match.

Overton believed they could do just that. “We feel like we can come back with a positive attitude, and try to make a difference, get someone to stand up, and be the man to get conditions back in our favour,” he said.

On the sublime Steve Smith, the off-colour Jofra Archer, and the weirdness of the first day’s play at Old Trafford.#Asheshttps://t.co/jNHa9RtLxT

“We’re probably slightly behind, but we felt the conditions weren’t quite with us today, with the rain and wind. We can come back tomorrow, get a couple of early ones, and we’ll be right back in the game.

“Smith is obviously a world-class player, and he’s back as Test No.1. He’s always going to be difficult, but we’ve got our plans. We’ll try to keep going to them and hope to get him out.”

The 25-year-old himself had a decent outing, though. Playing just his fourth Test, and drafted in for his first Test of the series, he sent in a ripping in-swinger to clatter Labuschagne’s stumps. It was his first Test wicket on English soil – he made his debut in Adelaide during the 2017-18 series – and the feeling was special. 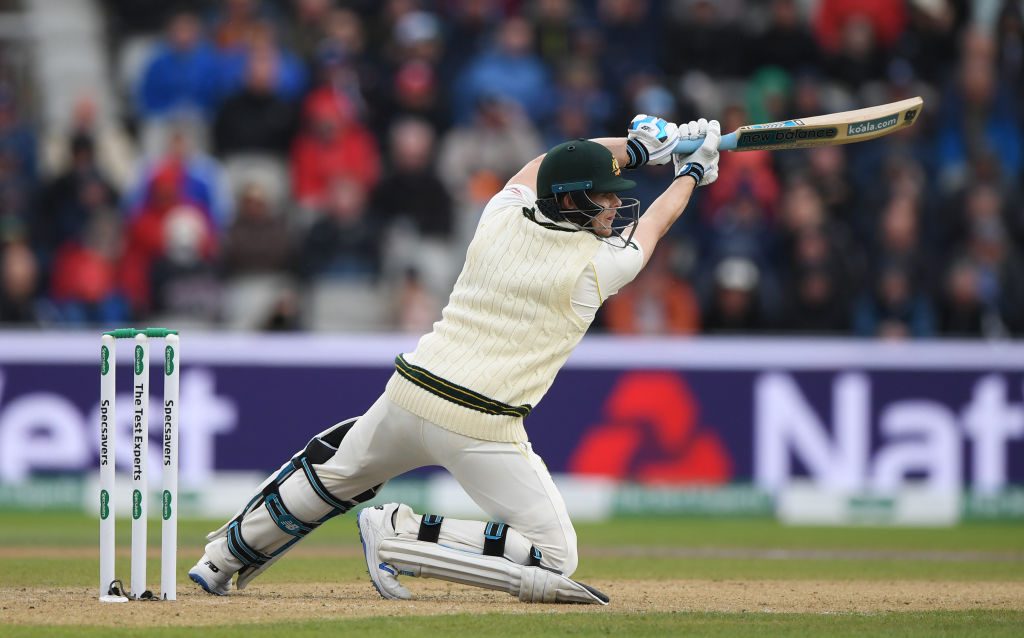 “The over before the wicket, Marnus cut me for four thinking it was the in-swinger, but I told him it wasn’t,” said Overton. “Then I bowled him the in-swinger. It came out nicely and worked out quite well. There wasn’t a ‘send off’ or anything when I got him out. I was just saying ‘that one was the in-swinger, make sure you keep an eye on it’.

“It’s good to be in front of an English crowd and getting a bit of support rather than the Aussies jeering and booing you.”