Broad returned 23 wickets in five Tests and was England’s highest wicket-taker in the Ashes, the highlight of his series being the seven times he dismissed David Warner in 10 innings. It’s easy now to forget the tough start he had to the year when he was dropped for the first Test in West Indies. In two Tests thereafter, he managed just four wickets in all. In England’s tour of Sri Lanka late in 2018, he played just one Test in a series in which pacemen had limited roles.

At the time, he sought out Hadlee – a friend and former team-mate of his father Chris at Nottinghamshire – whose two-page reply via email, Broad told the Daily Mail in January, was the reason behind his emergence. When he was 29, Hadlee shortened his run-up to extend his career, and Broad has followed the same. 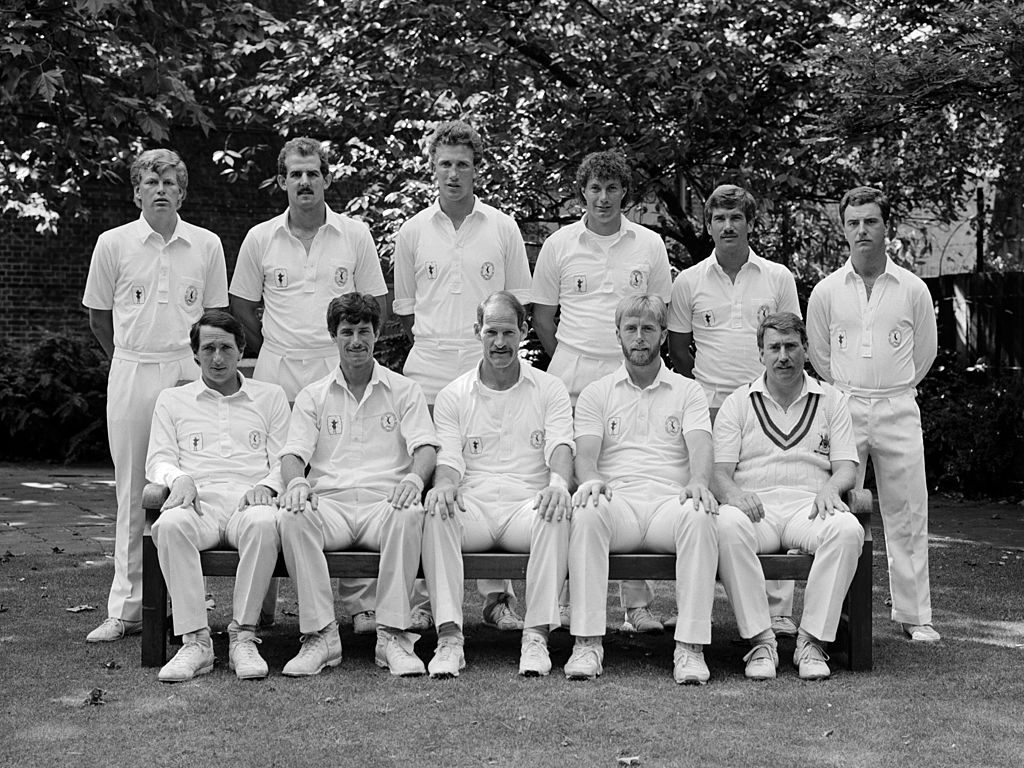 Hadlee (seated 2nd from left) was team-mates with Broad’s father Chris (back row, 3rd from left) at Nottinghamshire

Hadlee, however, was taking none of the credit. “I can’t take any credit because advice is advice, and you’ve still got to get out there and adapt and perform. He’s absolutely done that,” Hadlee told Stuff. “I’ve written a piece for his [Broad’s] benefit programme saying I might be asking him for advice now.”

“He’s passed all the wickets that I got and the bowling combination with Jimmy Anderson makes them categorically the most successful new ball attack in the history of the game. It’s an extraordinary performance.”

Next up for England is a tour of New Zealand, starting next month. Hadlee, however, has no issue giving advice to a bowler that can cause his country serious problems. “He’s a professional cricketer who’s done wonders for England and served his country well,” said Hadlee. “I wouldn’t deny anyone success. If you’re good enough to defeat your opponent then fair play and we [New Zealand] have to be good enough to handle him [in November].”