Ben Gardner reports from Headingley on a dismal day for England against Australia.

It wasn’t supposed to be like this. The sun was out, after rain had marred the first day, and at Headingley too, where you’re supposed to look up, not down. But any time England spent looking up was to ask the gods how their Ashes hopes had evaporated in a session and a bit as they were bowled out for 67. Australia now look set to retain the Ashes in England for the first time in 18 years.

Despite the carnage, this was a day that enhanced the theory that batting in Leeds is easier when the sun’s out. Australia found almost a degree less swing per delivery on average than England yesterday, and marginally less seam too. This is the first time James Pattinson, Pat Cummins, and Josh Hazlewood had lined up in the same Test side, and while they are a trio that will run through far better batting orders than this one, here England were spooked by their mere presence.

CricViz’s Expected Wickets measure suggested the three of them deserved just under 3.5 wickets between them for their efforts; they had to do little more than put it on a good line and length, which they did four times out of 10 to England’s three out of 10 on the first day, and wait for the loose shot. 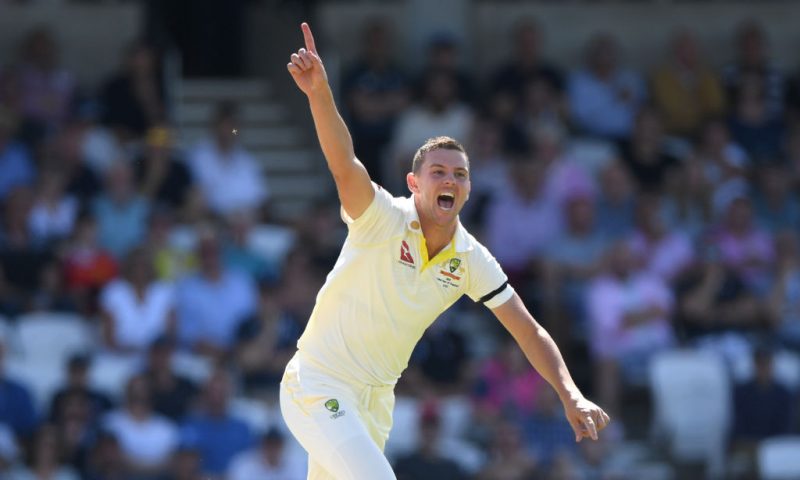 There were, of course, plenty. Maybe loosest of all came from the player who had been on his way to being England’s most dependable. Against fast bowling, Rory Burns averages just 16 with pull and hook shots in first-class cricket, and had played just six of them in Test cricket up until today. His seventh came when England were 20-2, and he gloved behind. It was a baffling choice of stroke.

At least with Burns there is hope it’s an aberration. With the rest, the worst thing was how little blame you could assign to the individuals themselves. Jos Buttler’s chip to cover was indicative of a player out of form and unused to having to scrap, rather than hit, his way back into it. Jason Roy drove early on, as he has been picked to do, and nicked behind, as will happen if you attack the new ball in England. Jonny Bairstow played the waft you’d expect from a lower-middle order batsman who’s come in inside the first 20 overs.

Chris Woakes and Ben Stokes, England’s most in-form batsmen, were both entitled to go after off-line balls, and on another day each stroke would have brought four, and much the same can be said of Joe Denly, though the flat-footed nature of his drive left something to be desired. Joe Root received the best delivery of the lot, edging one that left him from Hazlewood, and Archer did the least wrong, ducking a short one only for the ball to graze his periscope on the way through. England were all out for a paltry sum of 67. 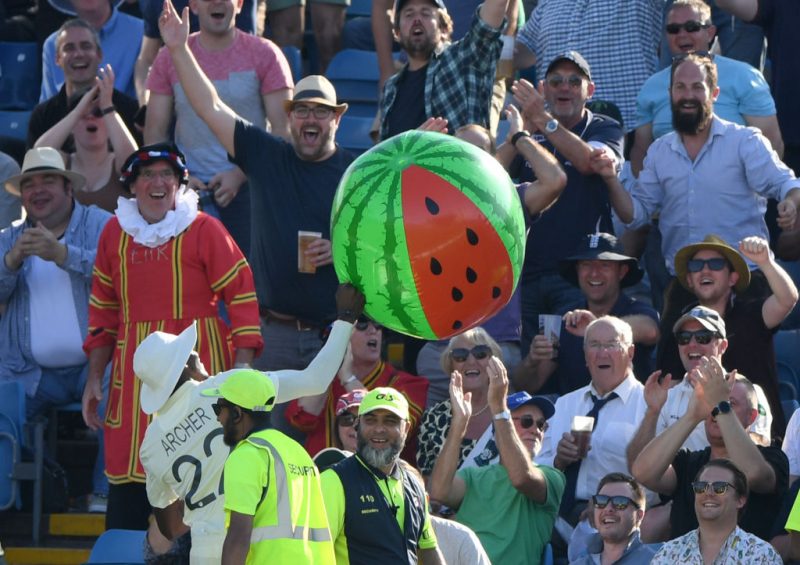 Poor Jofra. Much has been read into his confession of the overriding feeling after his first day six-for. “It means I get to rest now,” he told the BBC. “I’m over the moon to have got six wickets today, but I’m equally happy just to get off.” It was hardly out of character; as he told Wisden Cricket Monthly back in March, “in a red-ball game the biggest thing for me is getting off the field.”

But having bowled 69.5 overs since the start of the Lord’s Test, and given just 27 overs of rest, that he limped off part way through his ninth over in the second innings was again depressingly inevitable, by which time Australia had already extended their lead past 200. England should thank their luck that it was simply a bout of cramp, and he returned before stumps.

Still, it was especially saddening considering it was his irrepressibility that had provided the two positive moments of the day for England, when he creamed a pull shot through midwicket, and then later in the field when he intervened to return a confiscated beach ball to its original owners. It was about the only fun the crowd were having, and also the least England owed them.

Australia will begin tomorrow leading by 283, the dogged Marnus Labuschagne still at the crease, and still doing his best Steve Smith impression.