With the Ashes all wrapped up, the stories start emerging. Jack Leach has revealed how Nathan Lyon approached him at The Oval, during the rendition of ‘Stand up if you love Jack Leach’ from the crowd, saying he owed him a beer for that missed run-out at Headingley.

Leach endeared himself to England fans after wiping his spectacles before each delivery during his 17-ball 1* in Leeds, which allowed Ben Stokes to put on a 76-run stand for the final wicket, and seal a historic one-wicket win. However, it could have all gone bust had Lyon not fumbled a straightforward run-out of Leach in the final stages.

Lyon was alluding to that when he approached Leach. “Yesterday, when I was batting at the end and over there [in the crowd] they were singing ‘stand up if you love Jack Leach’,” said Leach. “I just thought ‘what is going on?'” 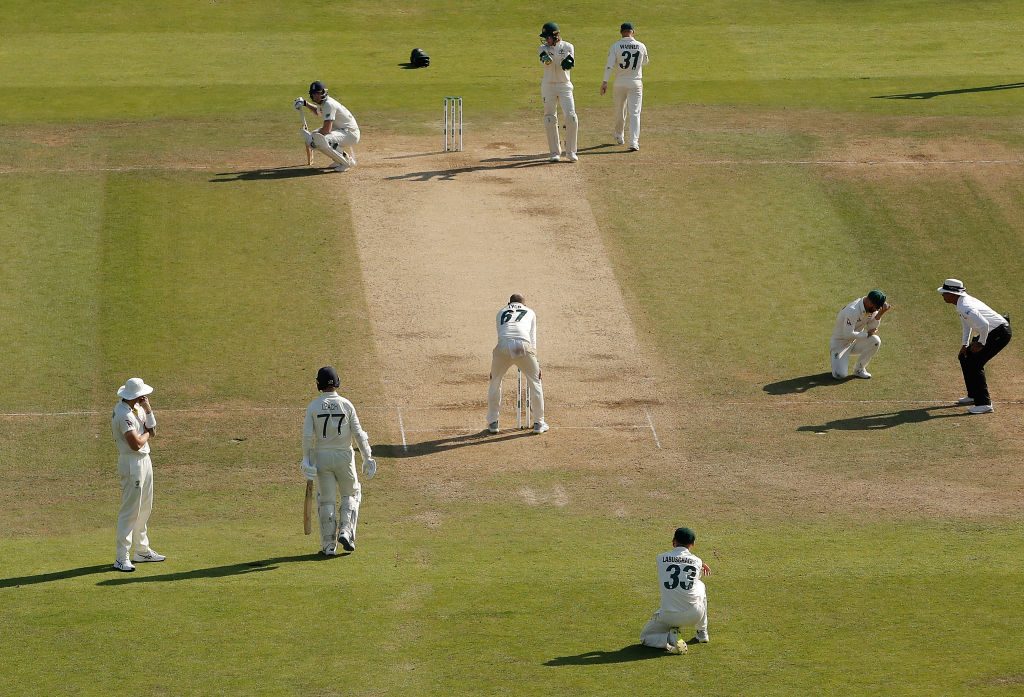 “Nathan Lyon came over and said to me, ‘How many beers do you owe me [for the missed run-out]?’ I think I owe him a lot. Sport is fickle and I guess you have to enjoy the good moments and not get too down about the bad moments. I have had some luck as well. Hopefully you earn that luck through hard work, I will continue working hard.

Related Story: Let Stokes do his thing and stay at home!

“That was an experience for me, seeing how competitive Ashes cricket is. Nothing crossed a line, and fair play to both teams for playing in a great spirit.”

There was also that moment during the post-series get-together when Steve Smith came to Leach for a picture, with both wearing identical glasses. Smith had worn those glasses after Australia retained the urn at Old Trafford, and it was taken to be a dig at Leach, something which Smith denied.

An all-time great – and Steve Smith 😉

However, Leach said he “was kind of hoping” it was about him. “I did think about having a picture with him, getting him in my glasses,” he said. “He came to me to let me know that it wasn’t about me (the celebrations in Manchester). I didn’t know whether it was or wasn’t.

“I was kind of hoping it was, and thought it was a good laugh. I was very embarrassed after Headingley when the video came out of me doing my one [re-enactment of his famous single]. I think I deserved that to be honest.”

Despite a draining Ashes series, Leach is looking forward to returning to Somerset and “try to win the Championship because we’ve never won that”.