Australia all-rounder Mitchell Marsh put a tough year behind him, seeing his hard work and lifestyle changes bear fruit with his star act on the first day of the final Ashes Test at The Oval.

Marsh returned 4-35 on Thursday, September 12, to help paper over Tim Paine’s surprising decision to bowl first on what seemed a fine batting deck. It helped keep England to 271-8, on a day when Joe Root failed to convert another half-century and Jos Buttler made his highest score of the series – he’s unbeaten on 64.

Marsh, 27, was playing his first Test since turning out against India on Boxing Day. In the meantime, he had been mostly running drinks, faced criticism from former players over his fitness and form, and was compared unfavourably to Ben Stokes.

Marsh said he came into the Test – and indeed the series – determined to “have a positive influence” on the group. He revealed there were events in his personal life that had an effect.

“I lost a close friend to suicide,” he said, explaining his poor results during the Australian summer. “When things like that happen, I didn’t handle it as well as I could have. It transitioned into my cricket at times as well. I understand everyone goes through tough periods in their life – I certainly didn’t handle that as best as I could.

“To have gone through that and got through the summer the way that I did, and finish for WA [Western Australia], I knew I still had a love for the game. It was a tough summer last year, I tried to put it behind me as quickly as possible.

“When you play cricket and you want to do well and it doesn’t work out, it’s very easy to get down on yourself. I was certainly at that stage, so I did a lot of work with our sports psychologist Matt Burgin at WA about detaching myself from the outcome, working as hard as I can, getting as fit as I can and preparing well.” 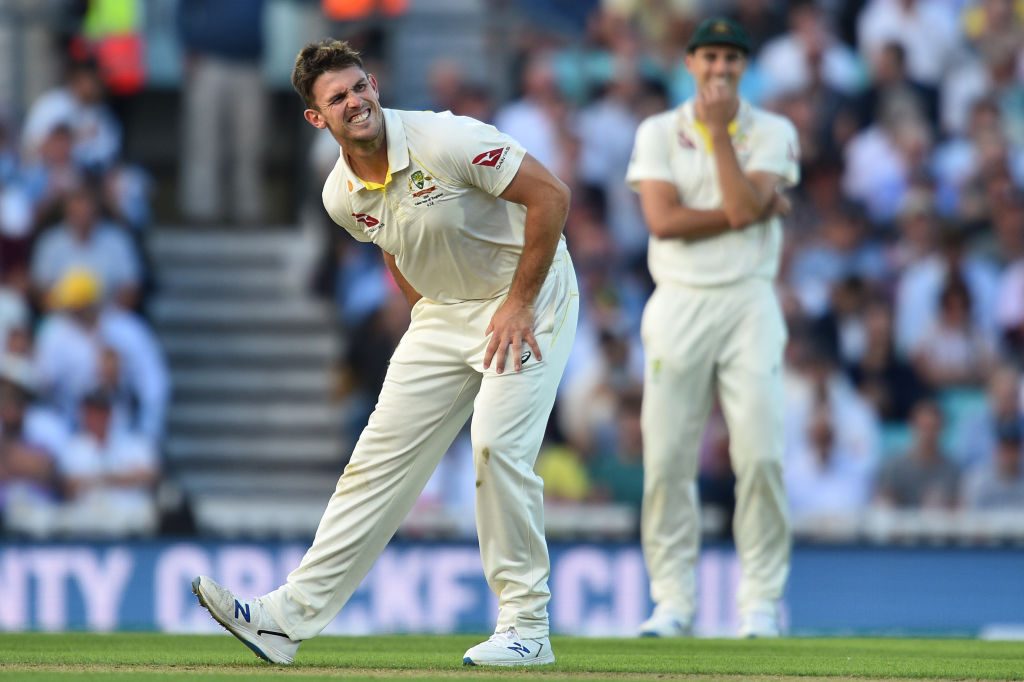 Mitchell Marsh has had fitness concerns to deal with

In a bid to get fit, Marsh has taken to eating smaller portions – “I don’t necessarily eat that bad, I’m just a big eater so I’ve probably cut down on my portion sizes a fair bit. My body just likes to put on weight easily, and my mum likes to feed me” – and has generally tried to change perceptions about him.

“Most of Australia hate me,” he smiled. “Australians are passionate, they love their cricket, they want people to do well. There’s no doubt that I’ve had a lot of opportunity at Test level and I haven’t quite nailed it, but hopefully they can respect me for the fact I keep coming back.

“I love playing for Australia, I love wearing the baggy green cap. I keep trying. Hopefully, I win them over one day.”

More displays like the one on Thursday will help.