England pacer Olly Stone has been ruled out for the rest of the season, after the partial stress injury on his lower back resurfaced, his county Warwickshire have confirmed.

“We’re obviously gutted to lose him,” sport director Paul Farbrace said in a statement. “Olly had such a fantastic season in 2018 and looked set to play an important role for England as well as ourselves this summer after making his Test debut just two weeks ago.”

The injury is a recurrence of the one Stone picked up while touring the Caribbean in January, which ruled him out of the three-Test series, being replaced by Mark Wood.

He made his Test debut last month, in the one-off game against Ireland at Lord’s, picking up three wickets.

NEWS | Fast bowler Olly Stone has been ruled out for the remainder of the 2019 season.

He was subsequently named in the 14-man squad for the first Ashes Test, but did not find a place in the starting XI. It later emerged that while training at Edgbaston, Stone aggravated the injury he had picked up in January, truncating his season.

He is another inclusion in the list of injured English pacers; while James Anderson, troubled by a calf injury, hobbled out of the first Ashes Test after bowling just four overs, Mark Wood was ruled out of the entire series, failing to recover from a side strain. Jofra Archer, recuperating from a side strain himself, missed the Edgbaston Test, but recovered in time for the ongoing second game, where he made his Test debut. 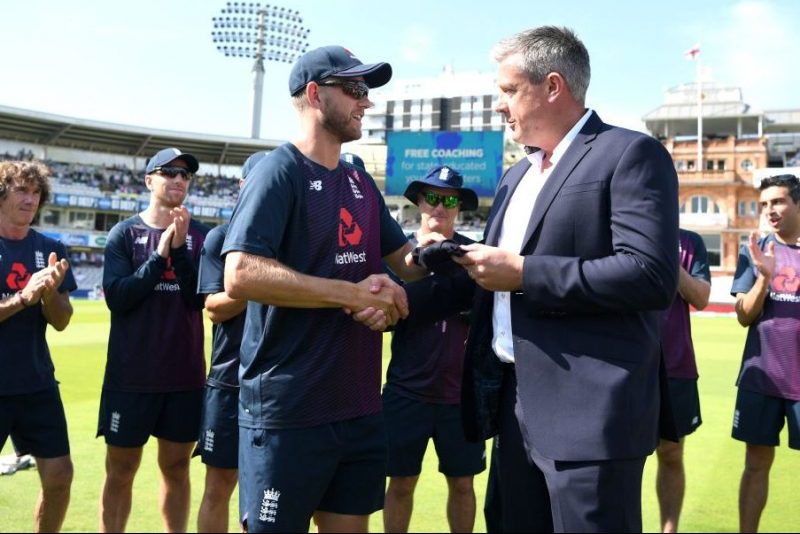 Warwickshire have already lost the services of veteran batsman Ian Bell for the season, with Bell ruled out following a tendon issue in his knee.

In the 2018 county season, Stone was the county’s second-highest wicket-taker despite playing only seven games, picking up 43 wickets at 12.20.

“Being able to bowl consistently at speeds in excess of 90mph places huge demands on the body and, with Olly’s season having ended prematurely, he will now work our medical and strength and conditioning teams to get stronger and fitter than ever,” Farbrace added.