Australia’s Test captain Tim Paine is confident that top-order batsman Usman Khawaja will take the field when Australia and England clash in the Ashes opener at Edgbaston on August 1.

Khawaja has been out of commission since injuring his hamstring during Australia’s final round-robin match at the 2019 World Cup, against South Africa. The injury even kept him out of the 24-man intra-squad warm-up match in Southampton, which the Paine-led Graeme Hick XII won by  five wickets.

However, Khawaja had some batting time on the centre wicket and went through some fitness drills with the support staff. With Paine accompanying him for a hit, the captain was convinced of Khawaja’s readiness to return to action.

“He’s 100 per cent,” Paine said. “He was running a little bit between the wickets, not at full intensity. But Usman has been playing a lot of cricket, he has been over here for months. It wasn’t ideal he didn’t play in this game, but I think he’s going to be fit and available for selection next week.”

Like Khawaja, James Pattinson is returning from a layoff, albeit a much longer one. The fast bowler last played international cricket over three years ago, in February 2016, spending the interim period on the sidelines due to various injuries.

However, he was back to bowling at his best in the intra-squad match, where he picked up four wickets across two innings and went at well under two an over across 23 overs. Pattinson’s performance even prompted Pat Cummins, the No.1-ranked Test bowler in the world, to admit that Australia may have to break up the trio that he has formed alongside Mitchell Starc and Josh Hazlewood to fit Pattinson in. 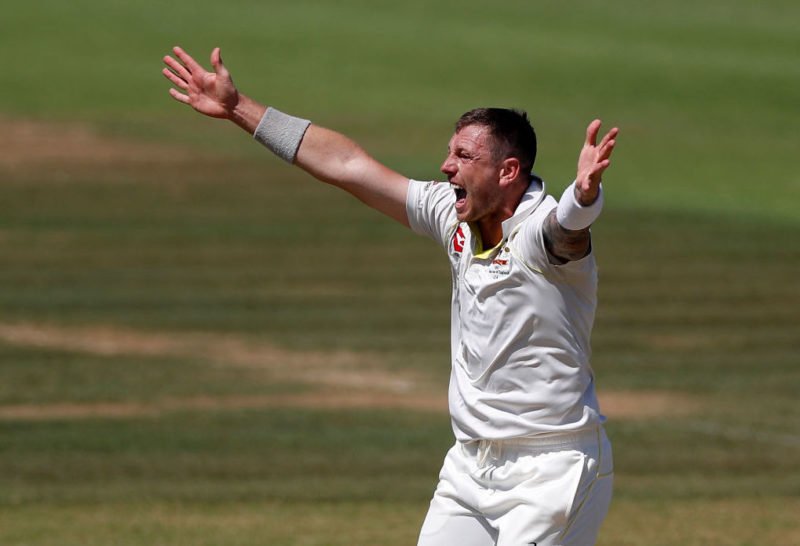 “Pattinson was outstanding again, he has been for the whole Australia A tour,” Paine said. “But he took it up a gear in this game, particularly in that second innings. He’s starting to get really excited about what might be ahead of him in the next week or so.”

Paine, however, also heaped praise on the trio, indicating that Australia may have to take a tough call and drop one of the three for the first Test. “Every time Josh has bowled in a match he has got better and better. He is going to be a key bowler for us at stages during this Ashes,” Paine said.

“Starcy is coming off a lot of white-ball cricket, he takes a little bit of time to adjust. But he’ll be working hard next week. When he’s on song, he will be playing a huge role in these Ashes.”