England captain Joe Root believes Jason Roy will be fit to play in the third Ashes Test at Headingley after he was hit on the head during a net session on Tuesday, two days before the match was due to commence.

“I’m pretty confident Jason’s going to be fit,” he said. “Jason’s been monitored quite closely, as you’d expect. He’s undergone a couple of [concussion] tests so far and scored really well, so as it stands we fully expect him to be fit and play.”

Roy’s Surrey teammate Ollie Pope, who hit 221* for the County Championship title-holders in their ongoing game against Hampshire, has been called up as cover. If Roy is ruled out, it is likely Pope will slot in at No.4 with Joe Denly moving up to open, as he did on England’s tour of the Caribbean.

Two double-centuries at the age of 21, Ollie Pope is some talent 🔥pic.twitter.com/Y1jSQBbLgG

It’s a switch some have suggested should happen in any case. Roy averages just 9 opening the batting in Test cricket, with his only score above 30 coming when he batted at No.3 against Ireland. England head coach Trevor Bayliss told reporters on Tuesday that Roy “probably is more suited to the middle order”, but while Root didn’t rule out a change of tack further down the line, he said that no discussions have been had about altering Roy’s position.

“I obviously think he should open, otherwise he’d be batting at four,” he said. “There’s a lot of talk about our batting order and the variety of options that we have and the different ways that we can go. 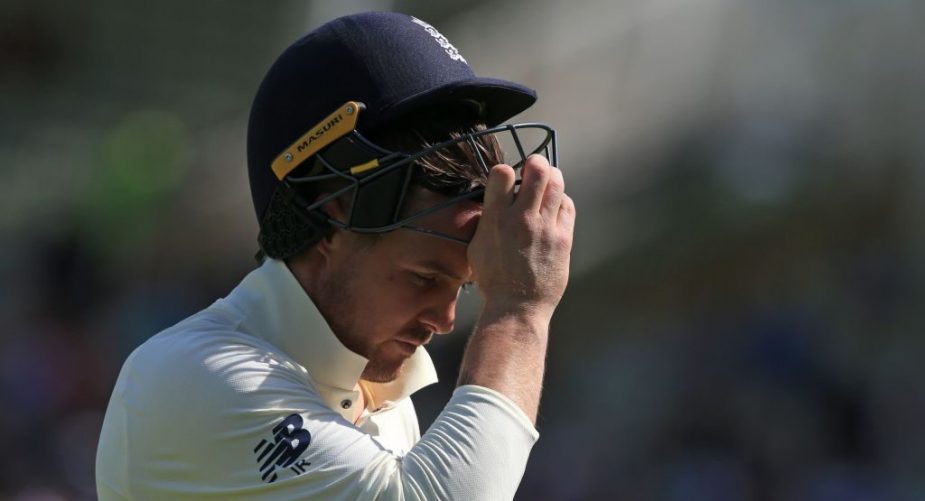 “At no stage are we trying to reinvent the wheel but we’ve got to play to our strengths and be flexible and it might be that over the course of the series it looks different. I feel that Jason can have a really big impact at the start of a game or an innings. It might not have happened just yet but I fully expect him to go out and do just that.”

Roy’s form aside, England go to Leeds upbeat despite trailing 1-0 in the series. They came within four wickets of securing victory at Lord’s, and had it not been for time lost to rain would surely have drawn level in the series.

“The way that we played last week and the momentum that we carry over into this game leaves us in a really strong position,” said Root. “There’s a huge amount of confidence in the dressing room, and I feel like we’re in a really good spot to go and carry that forward and take the game to Australia.”

Another reason to think England could square things up at Headingley is the absence of Steve Smith, ruled out after sustaining concussion in the Lord’s Test. Root acknowledged that him being out represented an “opportunity” for England, but said that attempting to injure someone would never be part of his side’s plans.

With no Smith for Australia is it advantage England for the third Ashes Test?

“When you play against someone of his quality, you’re trying to find a number of different ways of getting him out,” he said. “I felt like the way that Jofra bowled in that spell made for great cricket. It was great to be on the field being a part of that, and we felt like we were creating chances all the time, but you never want to see someone go off injured. For him to miss this game, there was a lot of concern in our dressing room for his health, and it’s great to see that he’s up and about and he’s fine.

“We had the challenge of Jimmy going down four overs into a Test match and had to manage that without a replacement. You get these swings within a big series like this, and when you get the opportunity you’ve got to jump on it. There’ll be huge shoes to fill for whoever comes in for him in Australia’s batting line-up, and we’ve got to make sure that we keep looking to exploit their techniques on these wickets.”