Australia got the better of a rain-interrupted opening day of the fourth Ashes Test, with Steve Smith and Marnus Labuschagne battling through challenging conditions. Rich Evans reports from a windy Old Trafford.

A rumble from the crowd signalled Steve Smith’s arrival – not a boo, nor a cheer, but a neutral grumble in anticipation of the bout. With a stem guard attached to his lid – a reminder of the dangers to come – it was fitting that Jofra Archer was his immediate nemesis, for this is the duel of the series. The raw speedster kept his elder waiting: ‘a tad behind square, man’. Unsurprisingly, it took just three balls to unleash the bumper, which Smith dodged ably, before he began to exhibit his full portfolio of strokes and quirks. You just can’t keep a great man down. Australia head coach Justin Langer expected as much: “If anyone’s going to get over any little demons it’ll be Steven.”

It’s a huge testament to both that the Smith v Archer head-to-head has become the main event – one returning to the five-day arena after more than a year in the wilderness; the other playing his debut Test series. Both have nonchalantly withstood immense pressure: a star has been born, another reborn, with Smith knocking King Kohli off his perch at the top of the ICC Test batting rankings this week. 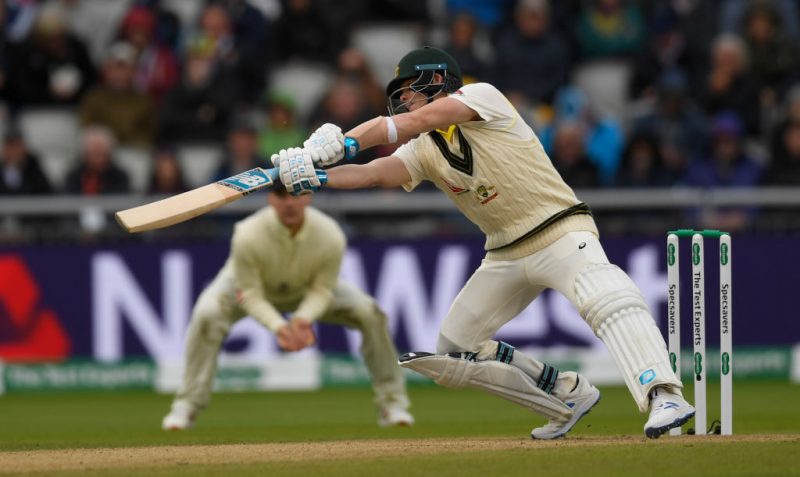 “Smith raised the bat after an extravagant cover-drive off Stokes, which sent him hurling towards the off-side turf.”

Archer entered the fourth Test – his third – with 13 Test wickets at 13.53; not bad for someone who started out as a keeper before bowling a bit of tweak in his early teens. Smith, who made twin centuries in the first Test, was averaging 126 from his three knocks, and while being floored by a Test debutant must dent the ego, he delivered a gentle reminder ahead of the Manchester Test: “There’s been a bit of talk that he’s got the wood over me, but he hasn’t actually got me out.” Archer cheekily retorted: “Well, I can’t get him out if he wasn’t there… but there’ll be more than ample time.” Stuart Broad added to the narrative: “I know when Steve Smith walks to the crease Jofra will be walking to Joe Root saying: ‘Give me that ball.” He had it.

Both openers failed after Australia won the toss and elected to bat, but Smith and Marnus Labuschagne batted with authority and swagger. The former was parachuted into the series as Smith’s concussion substitute at Lord’s and is fast becoming indispensable. This time, with Usman Khawaja missing out, he was asked to bat at first drop: another challenge overcome. Concussion-inducing bouncers aside, England still have far more questions than answers against the middle-order maestros.

Indulging in home comforts, Stuart Broad had David Warner for breakfast yet again; the veteran seamer now has figures of 5-32 against the opener from seven innings in this series. Akin to Australia’s second innings at Lord’s, Warner, in trying to leave the ball, failed to withdraw his bat in time and feathered one to Bairstow – odd given the ball was jagging away from the left-hander. 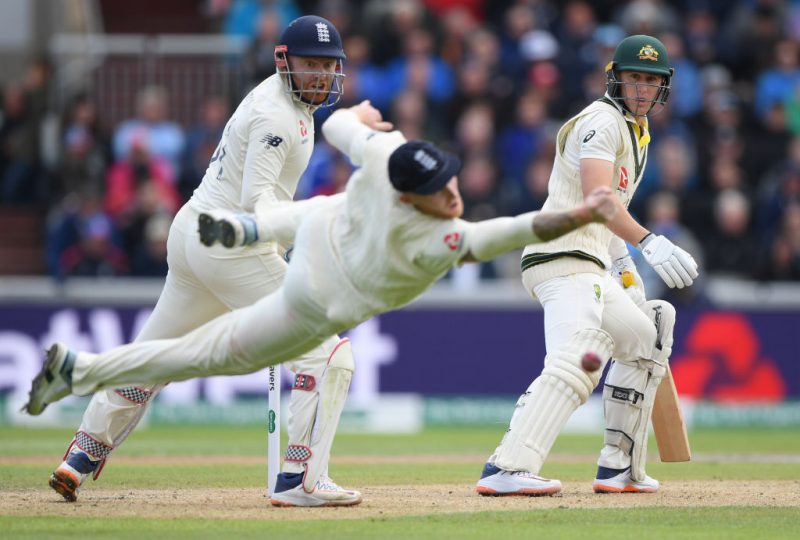 Shortly after, Broad removed Marcus Harris with one angling into his pads, with the Aussie’s last-ditch review failing to save him. Stokes went close with a huge in-swinger to Labuschagne, before getting fingertips to a slip chance only Superman would have got close to. While England had the best first half an hour, Australia, 98-2 at lunch, had won the session.

It was a predictable storyline: Smith and Labuschagne proving resilient, Broad removing Warner, England making early inroads before an Aussie rebuild job. Craig Overton bowled some promising deliveries, offering pace and bounce, but despite the odd boomerang from Stokes, it was only Broad who truly troubled Australia in the morning session. Even Archer was down on his pace and far from his menacing self – the only scenes that deviated from the script. Naturally, the rain didn’t fluff her lines.

The blow that forced Smith off the field for 80 on the fourth day of the second Test was clocked at 92mph. Today, the Barbados-born pacer was bowling in the mid-eighties. Archer may argue he’s just adapting to conditions. “At Lord’s, he was going quite hard with a lot of short stuff,” Sussex coach Jason Gillepsie told BBC South Today before the Test. “At Headingley, he saw the conditions were different and he adjusted his game and looked to bowl that little bit fuller. Jofra coming in has added a new dimension to England’s attack.”

Archer said as much when he spoke to Wisden Cricket Monthly earlier this summer: “To bowl your quickest on an early-season pitch, you’re not going to get the results, you’re only putting yourself at risk … You need to know when and when not to [bowl at full pace].” The windy, dreary conditions in Manchester today mimicked those typically found in April/May. Archer, it must be said, was still England’s most economical bowler; his ten wicketless overs went for just 28. 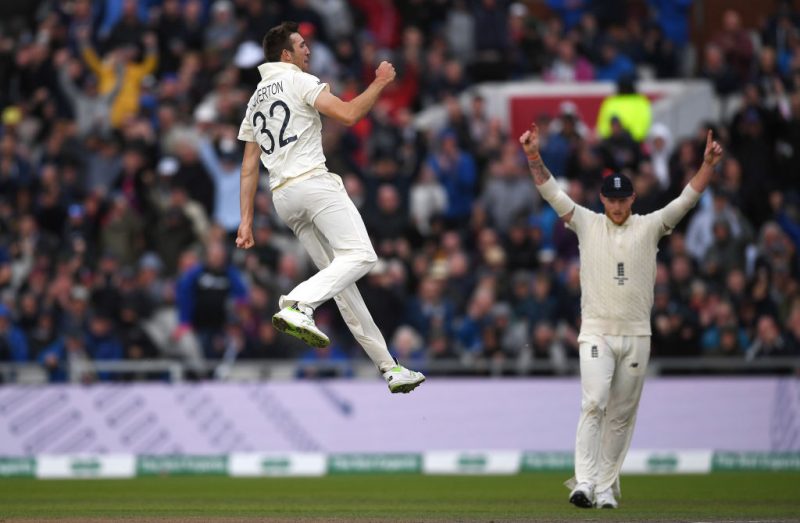 Overton bowled Labuschagne with one of the balls of the series

Rain prevented the resumption of play until 4pm. Another minor rain delay, objects sailing across the outfield (much to the amusement of members in the Foster’s Party Stand) and bails being blustered to the floor – and at one point removed entirely – decelerated proceedings before Labuschagne and then Smith reached their half-centuries. Smith raised the bat after an extravagant cover-drive off Stokes, which sent him hurling towards the off-side turf. He was seeing it like a beach ball… literally; one flew across the pitch before he helped it on its way with a gentle paddle.

Labuschagne was bowled by one of the balls of the series from Craig Overton to make it 144-3, breaking a stand of 116 from 33 overs, and the mood changed in an instant; a few half-chances, near misses. Stokes was on – and why not? He’s a man for these moments. His yorker floored Travis Head before an England review for lbw showed the ball pitching outside leg. The follow-up flew past the edge, while the next ball just evaded midwicket on its way to the boundary. One reporter mused that there was a 71 per cent chance of rain in the next few minutes. The ball was talking, the wind was hissing; England needed to capitalise, but Smith and Head survived to tea, before the rain gathered pace and play was eventually halted at 6:08pm.

England would have wanted one or two further scalps in helpful overhead conditions towards the backend of play, with Smith still standing on 60. The former Australia captain certainly won the first round against Archer and co, but something tells you this fight is far from over.