The Australia captain now has a few questions of his own to answer.

Steve Smith has certainly had the better of things as a captain in this Ashes series so far.

Not only did he make a superb hundred in the first Test but he’s also been marshalling the more potent, in-form bowling attack. Joe Root, who has failed with the bat and come under scrutiny for his decision at the toss here in Adelaide, has been under more pressure by far.

But things are starting to change for the Aussie skipper. He was noticeably unsettled with the bat in both innings in the second Test (where, admittedly, he twice batted under lights) and restricted to a match tally of just 46.

He also decided not to enforce the follow-on – without consultation with his bowlers, according to Mitchell Starc – so passing up the opportunity for Australia to bowl in the night session. England made full use of extravagant swing and seam movement to have the hosts four wickets down at the close, to give themselves a sliver of hope. 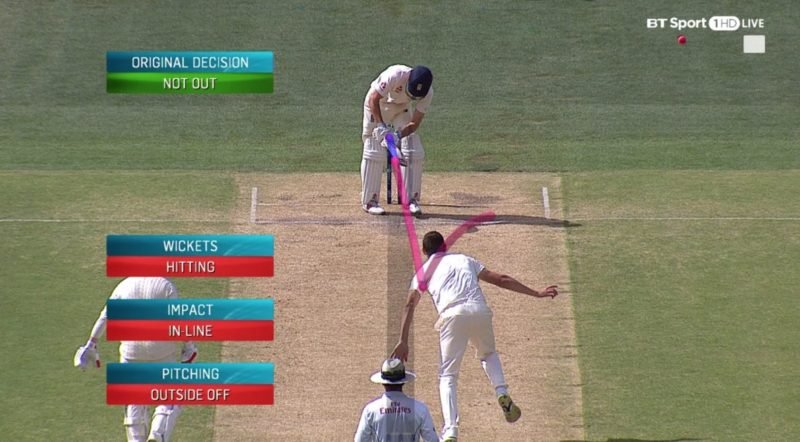 Ball-tracking had Smith in a tizz, temporarily

Worse for Smith, the Aussies didn’t fare any better on the fourth morning, losing 85-6 to be bowled out for 138 and leave England 353 to win – an unlikely chase but a possible one.

England made a positive start to their second innings after tea but Josh Hazlewood had Alastair Cook trapped in front in the fourth over. Given not out on the field by Chris Gaffaney, who judged it to be going down leg, Smith opted not to call for review, only for the ball tracking technology to prove it would have been given out on review. Given the recent change in rules – teams retain reviews when it’s Umpire’s Call – not to take a look did seem strange. England’s record run-scorer had a life.

Then next over an out-of-sorts Mitchell Starc served up three leg-stump half-volleys in a row, gratefully accepted by Mark Stoneman who advanced to 12 with three consecutive boundaries.

Nathan Lyon was still getting turn and bounce, and England remain distant second-favourites. All the more so since Lyon got Cook (16) for the second time in the game. Smith had little option but to call for the lbw review this time and its success will have helped restore some of his confidence.

But England, for all that their chase is an unlikely one, will be pleased that Smith – so full of laughs and smiles while Cameron Bancroft talked to the media in the post-match press conference in Brisbane – now at least has a few questions to answer himself.