Former Australia captain Steve Waugh has lauded Rory Burns, the England opener, whose maiden Test century powered England to a commanding position of 267-4 by stumps on the second day of the first Ashes Test at Edgbaston.

Burns added another 121 runs to his overnight 4, and finished unbeaten on 125 at the end of day’s play. The left-hand batsman showed immense determination and grit during his 282-ball stay at the crease, putting on crucial partnerships with skipper Joe Root and Ben Stokes.

His innings was punctuated by numerous fortunate moments – he was beaten a few times by the Australian pacers, and was lucky to survive an lbw appeal off Nathan Lyon. Despite that, Waugh praised Burns, who got through that tough phase to score his maiden Test ton.

"Having weathered the first half-hour here, Burns was referred to by one of Australia’s close fieldsmen as a 'sitting duck'. He was still sitting and ducking seven hours later."@Phil_Wisden on that epic Rory Burns knock 👇https://t.co/fzDifQUAcA

“That’s Test match cricket. You’ve got to grind it out and do the hard yards,” Waugh said. “It’s not about how good you look, it’s about how many runs you get. That was a good innings for some of our players to look at and learn from, sure.

“I know myself, playing tough Test match cricket, when someone scores runs for the opposition, you’ve got to be smart to look at how they got those runs, how they went about it.” 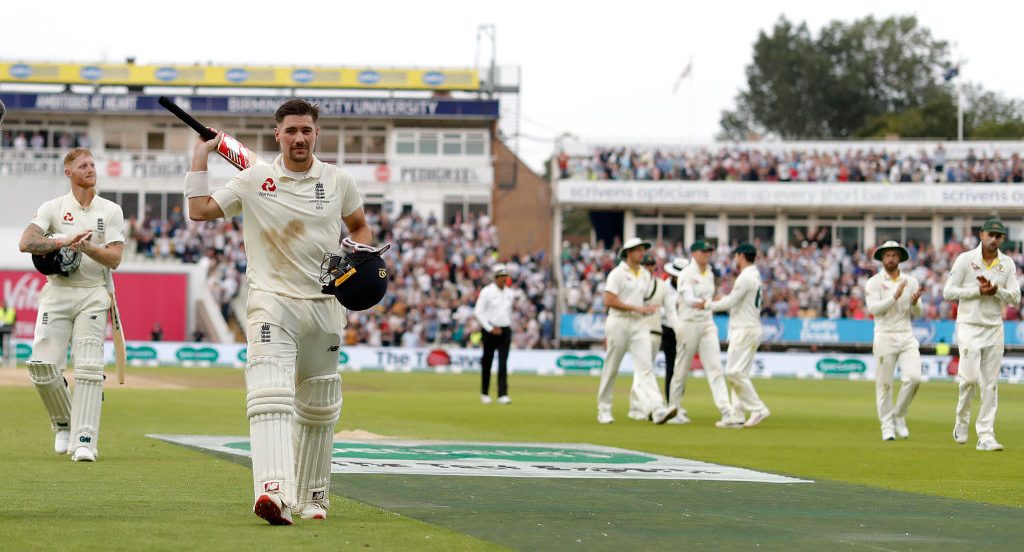 Rory Burns was applauded off the field by the opposition

Waugh was most impressed by Burns’ unflappable concentration, and said the knock was something Australian batsmen could learn from. “For our players, when you watch someone get 120 not out, you’ve got to take something from that and put it into your own game. To tell you the truth, I haven’t seen a lot of him but his concentration was excellent.

“He obviously knows his game really well, and to get a 100 on that pitch is a really good performance in Ashes cricket. It was really important for his side, so I give him full credit. He certainly played and missed a few times, but you need a bit of luck. He showed a lot of character today so he’s got to be proud of that.”