Steve Waugh, the former Australia captain and mentor to the team during the Ashes, has backed openers David Warner and Cameron Bancroft to return to form as the series goes on.

While Warner has 13 runs in three outings so far, Bancroft has 28. Only Steve Smith’s brilliance has covered up the team’s top-order inadequacies.

Waugh, though, suggested that Australia would continue to back the duo, and reasoned that the duo had their work cut out given the conditions and the opposition’s proficiency with the new ball.

CricViz’s Ben Jones analyses the form of Cameron Bancroft, who is yet to pass 15 so far this Ashes series👇https://t.co/logwG5dcGO

“I think it’s just Test match cricket, and they haven’t been easy wickets,” Waugh said after the third day’s play on Friday, August 16. “Batting last night [Thursday] was difficult. Six o’clock at night, an hour to go, under lights, overcast conditions – that’s as tough as it gets, and even this morning [Friday] was difficult again.”

Insisting that the Lord’s surface was not one on which batsmen can dominate, he went on: “It’s challenging and the conditions over here are not easy for batting. It’s not as if the ball is coming on and you can play a big cover drive. You have to work really hard for every run.

"If you pick a guy, you back him for the long term and right now we are confident those guys are going to bounce back"

“Both bowling attacks are world-class. You are up against some really quality bowlers who have taken a lot of wickets, have a lot of experience, a lot of know-how and you’ve got to work hard for your runs.”

While Warner has become a bunny to Stuart Broad, falling thrice to him, Bancroft’s tendency to play and miss has come under scrutiny in the second Test. Waugh, though, appreciated the efforts in blunting the effects of the new ball. Bancroft, for example, took up 66 balls for his first-innings 13, shielding Smith till the ball got a little softer. 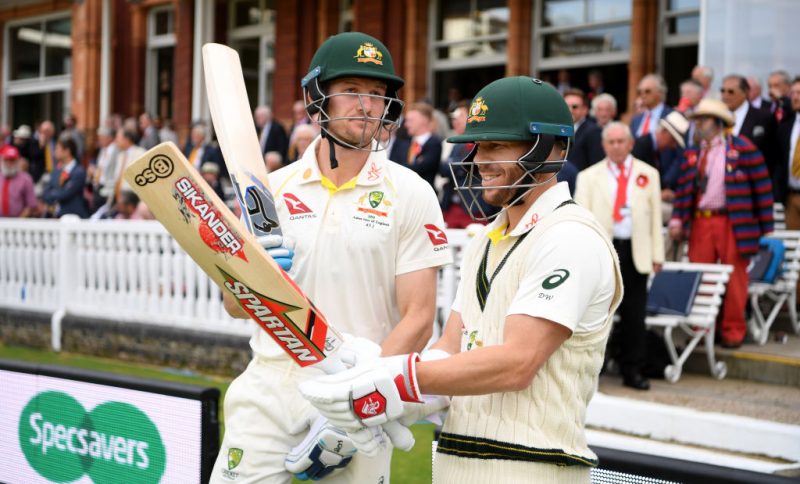 “Bancroft hung in there pretty well,” the team mentor said. “He just needed to spend another half-hour there, get a few more balls away out of the middle and he would have been right.

“I think Dave Warner looked really good last night, it was a pretty good delivery which got him, I don’t think that’s cause for concern,” he added. “They both want to get a lot more runs obviously, but Test match cricket is tough.

“It’s a fine line, you can analyse and scrutinise players, but that’s Test match cricket. Sometimes you are going to miss out. If you pick a guy, you back him for the long term and right now we are confident those guys are going to bounce back.”

In a short episode, Jo and Yas discuss whether England made the most of the helpful conditions, Bancroft's form and Smith's leaves.

Listen on the Podcast App or Spotify. #Asheshttps://t.co/7dUllJiGqr

Speaking to cricket.com.au later, Ricky Ponting weighed in on why he believed Bancroft, especially, might be given a longer rope. “I know Steve Waugh is all over identifying that side of people and sticking with them. You’ve only got to think of his own career … it was 27 Tests before he made his first hundred and look what he turned into,” Pointing said.

“I think there might be a bit of that sort of attitude around this group; identifying the ones you want to stick with and give a good crack at it. The fact Bancroft was picked at the start of the series says to me they’ve identified him as one of those guys they want for the long haul.”