England were out. Australia had retained the Ashes. You already knew what the next few weeks would be like, full of autopsies and recriminations, with two dead rubbers in which to affect an interest. Focus on the football.

But at some point – and it happened very quickly – we slipped into a parallel universe. Ben Stokes’s euphoric unbeaten 135, most of them scored while shepherding the No. 11, would’ve been one of the most extraordinary Test innings even without the context of his career, and of the series. 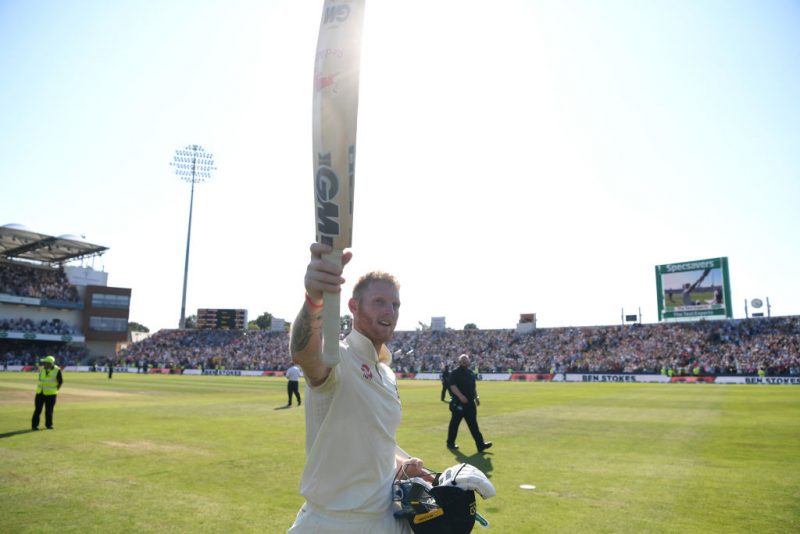 Ben Stokes played perhaps the greatest innings of all time

The day was set up nicely – England, chasing 359, were 156-3, with Root set on 75 and Stokes on 2. Joee Root went early, an inside edge brilliantly caught by David Warner at slip, diving behind and across Tim Paine.

In came Jonny Bairstow, and the pair began to rebuild. At lunch, they were 238-4, the game in the balance, but the partnership of 88 came to an end when Bairstow cut Josh Hazlewood to Marnus Labuschagne at second slip. This precipitated a collapse. Jos Buttler was run out for one – that was Stokes’s fault, but he knows how to make amends – then Chris Woakes drove to Matthew Wade at extra cover.

All of a sudden, it was 261-7. Jofra Archer, yesterday’s hero, decided to attack. He struck three fours before top edging Nathan Lyon to Travis Head. Broad lasted only two balls, trapped in front by James Pattinson. 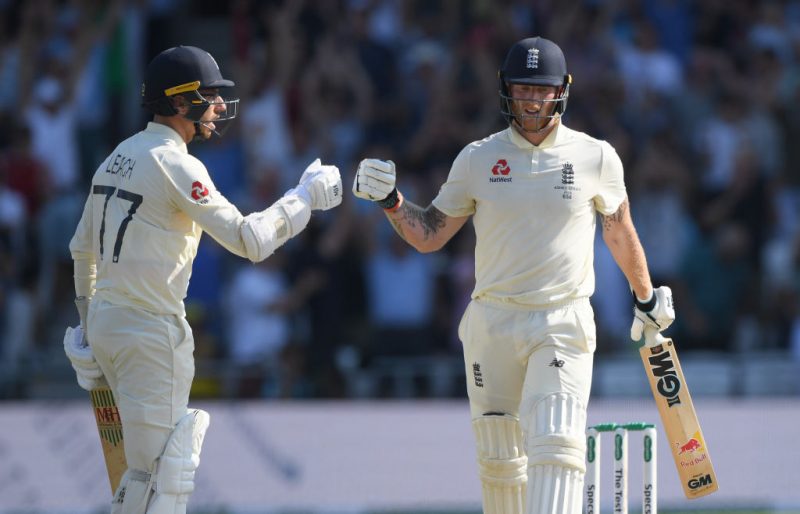 Jack Leach played his part in an epic partnership

When the last man Jack Leach walked out of the pavilion to join Stokes in the middle, England needed 73 runs to win. What followed was extraordinary. Stokes took it to the Australians for four balls of the over before finding a single to keep on strike for the next. Lyon went for consecutive sixes – Stokes hit eight in total, along with 11 fours.

Australia had their chances. Marcus Harris dropped Stokes in the deep and had they not burnt a review, they would have overturned a false on-field call and had Leach LBW. Then, with England one run behind, Nathan Lyon should have run him out, but fumbled.

We entered what turned out to be the final over of the day with England one behind, and Pat Cummins bowling to Leach, who got off the mark with a single from his 17th delivery. Scores tied, Ashes alive. Then Stokes smashed the next to the boundary for four to win the match, finishing 135 not out, from 219 balls. Earlier on, he had been 2 from 66.

England have won by one wicket, levelled the series at 1-1, and the next Test starts at Old Trafford on Wednesday 4 September.