Steve Smith revealed he was suffering from the flu during the second day of the final Ashes Test, but still top-scored for Australia as they were bowled out for 225 in response to England’s 294.

Smith was trapped in front by Chris Woakes for a 145-ball 80; it’s telling that this was his lowest score this series, and even in that, he managed to break a record, scoring a 10th consecutive Ashes half-century.

Had it not been for Smith’s efforts, Australia would have fared a lot worse. As it is, they conceded a 69-run lead, with Jofra Archer returning 6-62, and England ended the day ahead by 78 runs. “I’ve been struggling a little bit today,” Smith said after play. “I’ve got a little bit of the flu. I just tried to stay as focused as I could be throughout the day.

“Archer’s main quality lies in his ability to be different iterations of great bowlers.”@Taha_Wisden on a day where the two leading stars of the series, Jofra Archer and Steve Smith, shone once more.https://t.co/3kLsUwnj9q

“Unfortunately, I couldn’t bat with the tail for as long as I would have liked. But it was a nice little partnership between Pete [Siddle] and Nathan [Lyon, for 37 runs].

“It would have been good if I could have stayed out there for a little bit longer and done something to what Jos [Buttler] did with their tail – get the runs a bit closer together. I felt pretty good again today but unfortunately missed out on three figures.”

Smith has been incredible on his return to Test cricket after the 12-month ban for the Cape Town ball-tampering incident. He is the highest Test run-scorer already this year, and took just three matches to regain the top spot in the ICC Test Rankings. 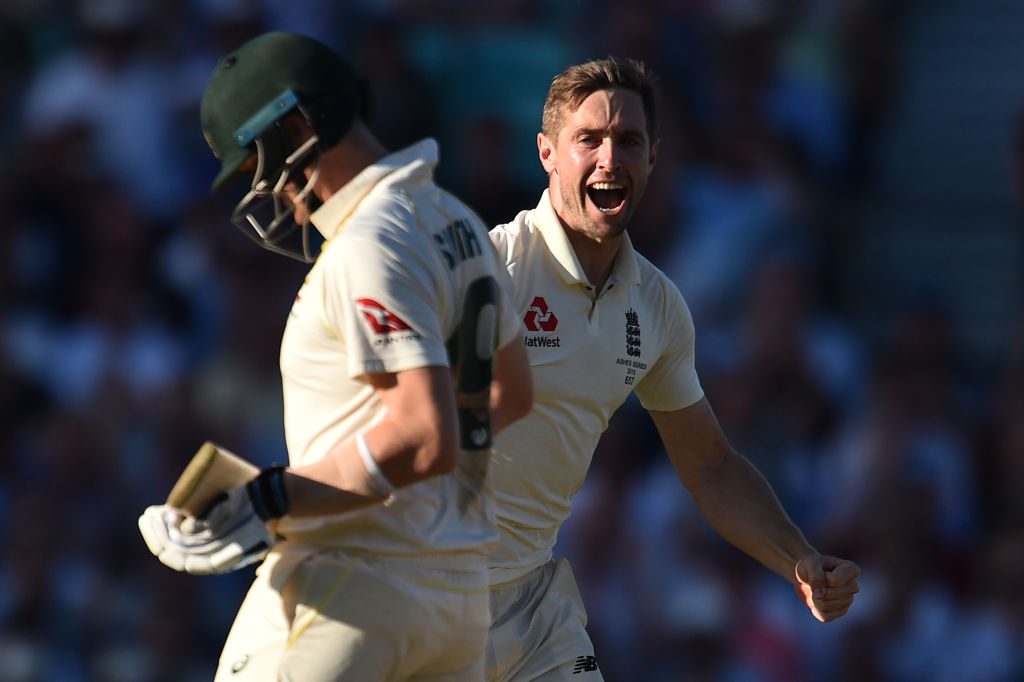 Smith missed a straight one off Woakes

That hasn’t always stopped the boo-boys, though. Even former England cricketers, such as Steve Harmison and Monty Panesar, have continued to label him a cheat, saying that tag would always stick with him.

“It’s just about going out there and doing my thing, and that is scoring runs and hopefully helping Australia win as many games of cricket as they can.”