Josh Hazlewood, the Australia paceman, has warned Jason Roy ahead of the Ashes that his enterprising approach in limited-overs cricket will not be easily adaptable to Tests.

Roy is one of the most destructive batsmen in limited-overs cricket – he was a key component of England’s World Cup 2019 triumph – and he earned a call-up to the Test squad to face Ireland, scoring an important 72 in the second innings on a difficult pitch.

But Hazlewood wasn’t too optimistic for Roy. “We’ll see how Roy goes in Test cricket,” he said. “He has only played one Test match and it’s a lot different opening the batting in a Test than a one-day game, that’s for sure.” 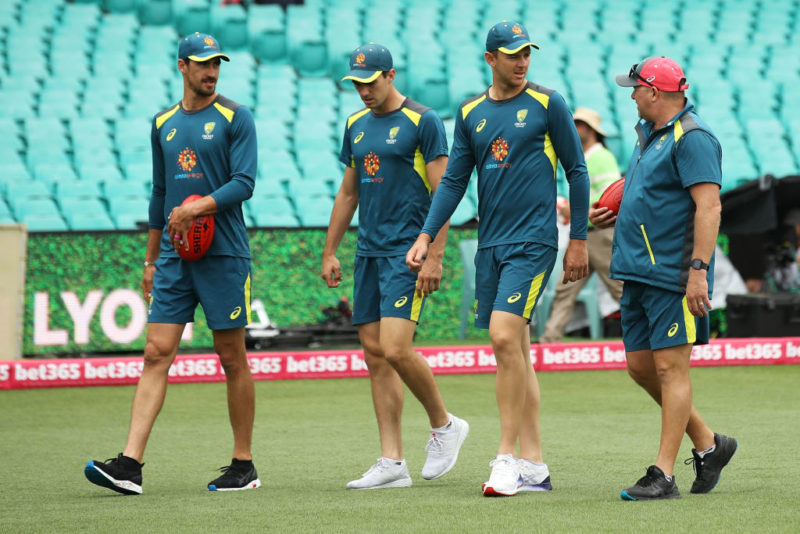 “I don’t think it matters who is going to play, we all know each other really well”

Since making his first-class debut for Surrey in 2010, Roy has played 82 matches, averaging 38.39 with nine centuries. But Test cricket is a different ball game, Hazelwood added. “In England, opening is probably the toughest place to bat, which probably made Alastair Cook’s record all the better,” he said. “To play attacking cricket in those conditions is tough.”

"In England, opening is probably the toughest place to bat, which probably made Alastair Cook's record all the better"

Roy will likely be greeted by intense spells from Australian quicks, with the visiting side possessing a wealth of fast-bowling options. That means competition for places is heavy, but Hazlewood looked on the bright side.

“We all know each other, we train a lot with each other, whether it’s [James] Pattinson, [Peter] Siddle or Michael Neser,” he said. “We know each other pretty well and I guess the only way to get to know them more is by playing with them.

It’s been 18 years since Australia last won the Ashes on English soil.

Do you think they’ll retain the urn this time round?#Ashes pic.twitter.com/jKHWQhg6Ez

“I’ve played with ‘Patto’ a fair bit now over the years, so I know his ins and outs and what makes him tick on the field. Peter Siddle the same. I don’t think it matters who is going to play, we all know each other really well.”

The competition could also mean Australia take to rotating the pacemen in a bid to manage their workloads, given a lot of them are coming off a hectic World Cup.

However, Hazlewood, who wasn’t part of the World Cup squad, wants to feature in as many Tests as possible. “It would be a very good effort to play all five, especially with my last two years, I’ve missed a few Tests with injury,” he said. “I’d be really happy with four (Tests), three or four even. It’s such a tight schedule.

“Five would be great, if we got away with a couple of cheap innings – bowling 30 (overs) for the Test, or something like that, it’d be great.”