Tim Paine, the Australia captain, insisted there’s “a little bit of cricket left” in him after the 2019 Ashes concluded with England’s 135-run win in the final Test at The Oval on Sunday, September 15.

The result meant the series was drawn 2-2. Australia retained the urn with victory at Old Trafford in the fourth Test, but their ambitions of an outright win were scuttled within four days of the final Test, despite an enterprising 117 from Matthew Wade.

It was the crowning moment of Paine’s captaincy career, having taken charge of the side after the Cape Town ball-tampering scandal last year. He insisted he had enough cricket left in him for more success.

England levelled the #Ashes and @Taha_Wisden was there to give his verdict on the final day of the International summer!https://t.co/t0JTNOOnLu

“I didn’t see it [retaining Ashes] as a beginning, or see it as an option all that long ago,” Paine told Sky Sports. “As I said before this Test match, I’m loving the job I’ve got at the moment. I feel like there’s a little bit of unfinished business with this team and where we’re heading.

“I feel like I’ve got a little bit of cricket left in this old body, but I’m not looking too far down the track to when exactly that is.”

"I think from where this group has come from, to come to England and retain the Ashes is still a huge deal."

While it’s been a good series for Australia – it’s the first time they have retained the Ashes in England in 18 years – Paine said there’s definitely room for improvement. “There’s some mixed emotions,” he said. “But I think from where this group has come from, to come to England and retain the Ashes is still a huge deal. 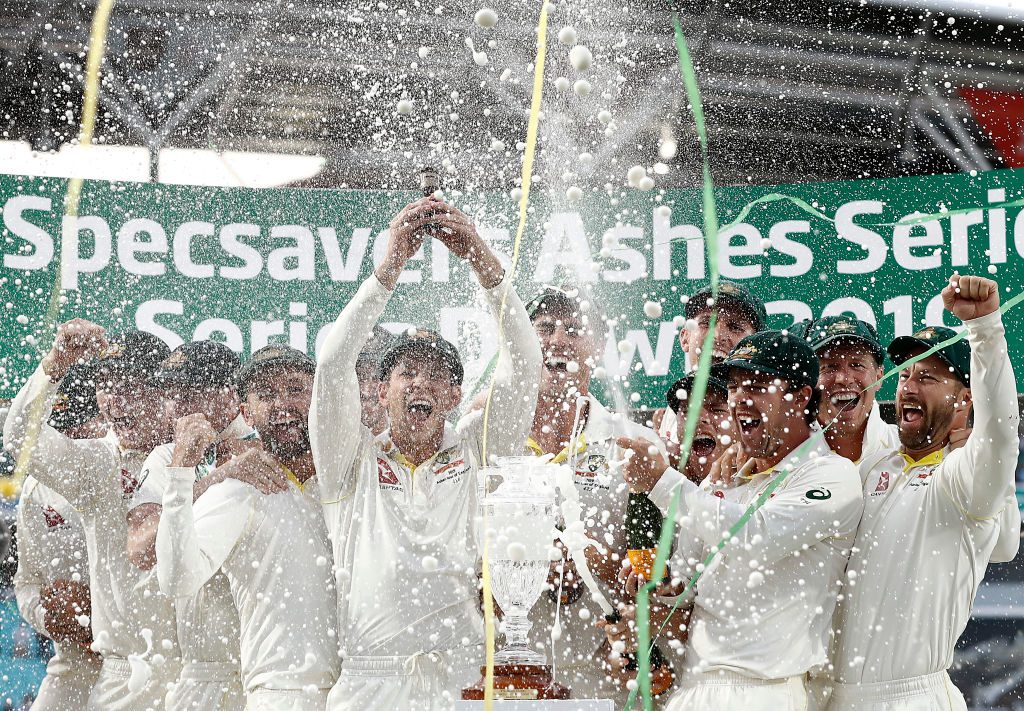 There were regrets as well, though, particularly when it came to his side’s fielding – Joe Root, for one, was dropped thrice on the first day at The Oval, with the England captain going on to make 57 in the innings.

“I feel a bit sorry for our bowlers,” said Paine. “They were fantastic all series, created plenty of chances on day one, and we just didn’t back them up. England got ahead of the game, and then they took it away from us.”

Australia’s next Test will be at home against Pakistan, with the first of two matches starting in Brisbane on November 21. They will next take on Sri Lanka in three T20Is at home in October.