Andrew McDonald, the coach of James Pattinson’s state side Victoria, has said that the fast bowler is capable of winning Australia two Test matches in the upcoming Ashes series this English summer.

“I think he’s a two-Test player that can win you those two Test matches,” McDonald told SEN. “I think when he plays, Australia’s odds increase greatly in terms of winning the Test match.”

Pattinson last played a Test against New Zealand in February 2016, and considering his lack of international exposure in the last three years, his inclusion in the Ashes squad would be surprising. The pacer has been troubled by frequent injuries that have cost him a place in the national side. Most recently, a side strain forced him to cut short his 2018-19 Big Bash League campaign, and before that, a major back surgery had ruled him out of first-class cricket for 15 months.

I think when he plays, Australia's odds increase greatly in terms of winning the Test match.

“We can’t get over-excited in terms of what his body can cope with. I think we [Victoria] played him in seven games this year, 151 overs in seven games and really managed him throughout the summer,” McDonald said.

“We had the luxury because we believed his batting could be of all-rounder status at first-class level. Can it be of all-rounder level at Test match level? I think the jury is out on that. So two Test matches for me, with a huge focus on when the conditions suit.”

Pattinson has been in terrific form in domestic cricket of late, and picked up 26 wickets from seven matches in the 2018-19 Sheffield Shield. That included seven wickets in the final, as Victoria lifted their fourth title in five seasons, with a 177-run win over New South Wales. 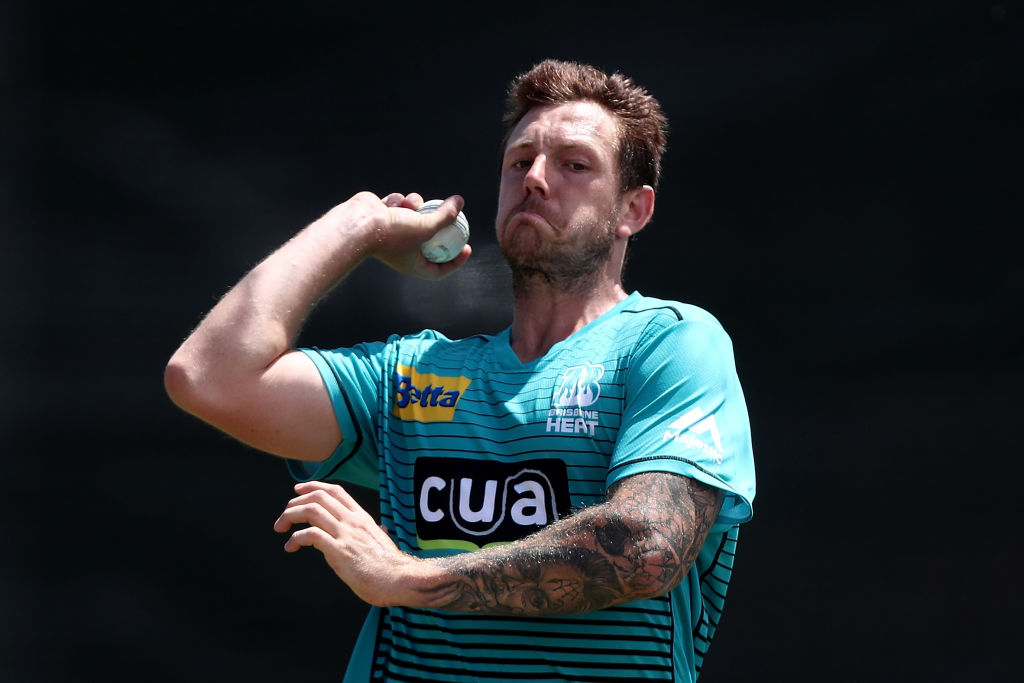 McDonald said that if Pattinson’s workload could be managed and he is protected from bowling on flat surfaces, he can definitely play a role in winning at least a couple of Tests.

“If it was a flatter surface you wanted to pick him on, then he’d definitely have to be part of a four-man pace attack,” McDonald said. “I think the surface will dictate what the formation of the line-up will be and [Nathan] Lyon plays every game.

“Pick your moments, and he could be a match-winner in those couple of Test matches. But if he has to bowl heavy overs on flat surfaces, I think that will probably accelerate the process of potentially injuring him again.”

James Pattinson has been ruled out of the #Ashes due to a lower back stress fracture.https://t.co/i2D97ai1mb pic.twitter.com/nVTtjicodB

Pattinson’s biggest attribute, according to McDonald, is his ability to make things happen with his pace and swing. And if he plays in the Ashes, those attributes could make him a potent threat for England’s batsmen, he said.

“I think Cameron White was on a radio station and said he’s the best in the world. Well, if he’s in full flight, he’s close to it. Pace, swing, and aggression as well – he makes things happen, and I think he would be an intimidating factor for the English batsmen to overcome.”