Here, then, was one of those WACA days for English cricketers. One that made them pay for their earlier missteps. One that featured just one wicket. One that features as many drinks breaks as maidens. One that sees the rare records you set the day before overtaken. One that makes you look at the scoreboard and say, “wait, what, there are 20 overs left?” One that it feels almost impossible to believe that England – actually, technically, just about, for now – still hold the Ashes.

It was not even that hot, and still all this happened. And it will probably be exactly the same on Sunday. The move across the Swan to the homogenous Perth Stadium cannot come soon enough for England, who would be forgiven for heading back to The Avenue tonight. That said, if they do, they might be a little wasteful with the third new ball in the morning. 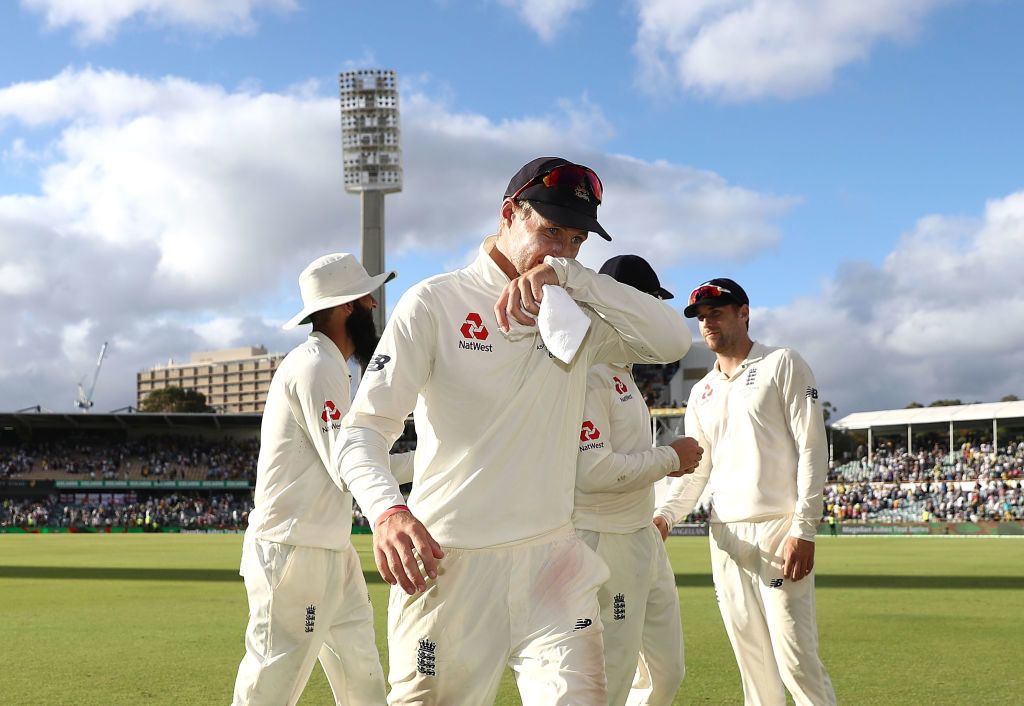 It was a chastening day for Root and England

The day provided a series of apt visual reminders of its brutality. There was the review – the desperate, guess of a review – that England called for, only to learn that Jimmy Anderson had overstepped. There was the moment when Joe Root’s first ball was returned to him – it’s seldom a good sign when he and Dawid Malan are forced into having a trundle –and he contrived to fumble it and hit himself right in the knackers. Or there was Steve Smith’s chair at the final session’s drinks break. A literal, actual chair, for the uncrowned king of Australia to perch himself upon after smiting the Poms to every corner of Perth. Or, finally, most brilliantly, when Mitchell Marsh cut Stuart Broad away for another four and the crowd kept cheering, and we in the press box wondered why. That four had brought up Broad’s century. He was the third England bowler to notch that miserable milestone. 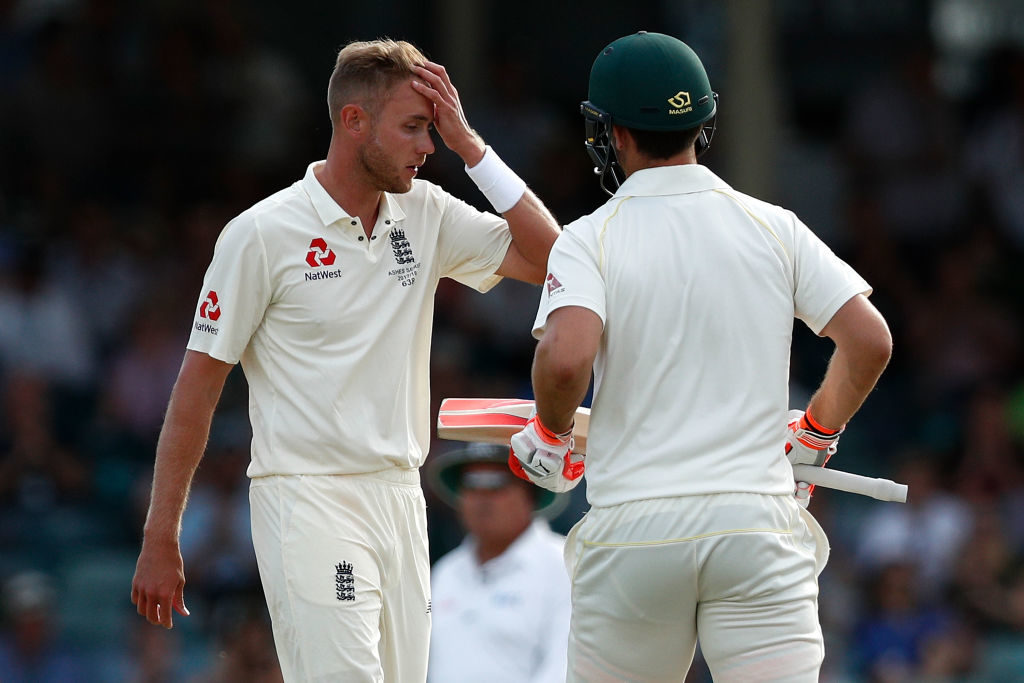 The one wicket England got was Marsh, Shaun, as Moeen Ali got one to turn and bounce a touch after an hour’s play. That was the last chance of the day. The two they couldn’t get were Smith and Marsh, Mitchell. Both notched Test bests, which for each is a considerable achievement. It is for Smith because he had scored 215 runs in an innings before, and it is for Marsh because he has seldom looked like a batsman capable of ending a day in the 180s.

He was utterly superb in doing so, particularly driving down the ground and off the back foot through point, and deserving of the maiden Test ton he brought up in the over before Tea. He kicked on, and scored 81 more in the final session. It is a measure of how far he has already come on his return to the side that more than 20 per cent of his Test runs have come in this, his 36th Test innings. Asked how he’d be celebrating, he told of a family BBQ. “I will just have a beer with the old man and chill out with my parents,” he said. Lovely stuff.

Smith is a different kettle all together. He will end this innings second only to the Don in the all-time averages list, and is the first Ashes captain to make a double-ton since 1993. He spent the day simply slipping the ball into gaps in the field England did not realise were there. His was a chanceless, perfect knock. 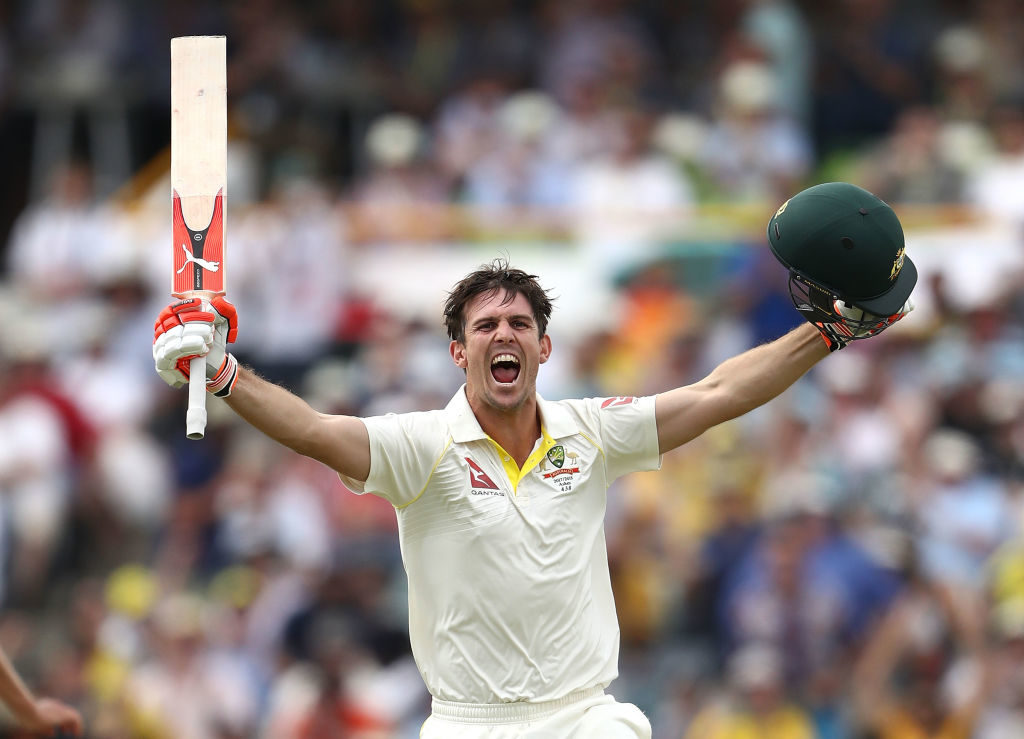 England were all gum, no teeth. They were not totally dire but, equally, not even good enough to create a chance for a fielder to spill. They were willing to the last, just totally devoid of the weapons required to succeed on a surface like this. Dosed-up Craig Overton, playing his second Test with a brave face masking a cracked rib, was the pick of the seamers, and, as Marsh said when leaving the field, Malan was the pick of the spinners. Eat that, England. Marsh had earned the right to take the piss.

It’s all a bit like Mumbai and Chennai last winter (with totals in the 400s bringing innings defeats). The final over of the day, during which a conga began on the hill, saw the stand move past 300. Total, utter dominance confirmed and the day’s numbers read 346-1. Now all that really matters is how England bat, when Australia finally allow them to do so. Not whether it rains, or whether they can pick up more wickets. They will need to go out again and not be dismissed. It’s that simple.