Ben Gardner profiles England’s back-up wicketkeeper Ben Foakes, and explains why he should be the man in possession.

It’s fast becoming tradition. Part-way through a long away Test series, with England on the ropes but theoretically still in it, they scour the options for anyone new who can shed one ray of hope on an otherwise bleak landscape. It’s not ideal, but it’s a strategy that has seemed to work recently, at least for the individuals involved. Keaton Jennings made an assured hundred on debut after Haseeb Hameed broke a finger in India, and before him Ben Stokes stood up to Mitchell Johnson and smoked a hundred on a cracked WACA pitch. Now, 2-0 down and the urn fading into the distance, England’s thoughts will surely turn once again to team composition.

Scanning the faces for an injection of energy, there is one that sticks out above all else, and not just because he’s unusually handsome. Ben Foakes is the only member of the squad not to have played international cricket in some format, and yet, in a squad rife with punts, his was a selection that drew no criticism from any corner; it’s a call-up that’s been a long time coming. Not that the man himself was taking anything for granted. 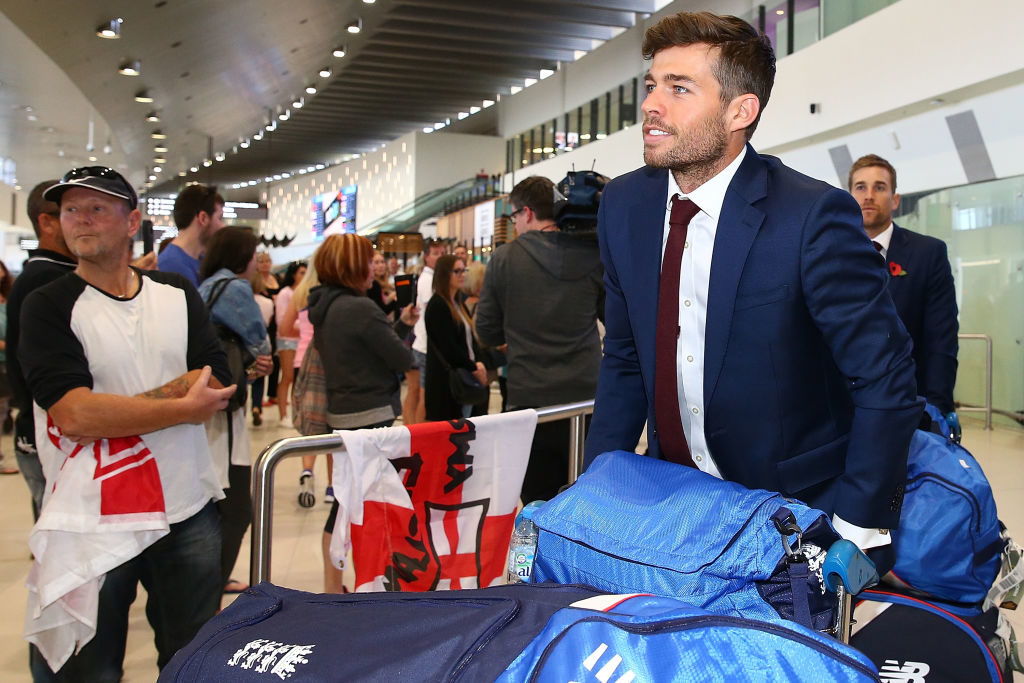 “It’s one of them where I was hoping it would happen, and over the last few years I’ve done alright, so I thought I was in with a chance, but obviously there’s a lot of wicket-keeper batsmen around,” says Foakes.

“Regardless of what the press or anything say you never know what the selectors are thinking. I could have been nowhere near, I could have been in, I had no idea. So I was hopeful but when I was told I was completely shocked. I was just in complete disbelief. I couldn’t speak, was just staring at my phone for a bit before I started telling all my family and friends. There was a Man City game that night that we all went to and I was just beside myself with happiness the whole evening really.”

There’s surely no-one who wouldn’t react similarly when achieving a life-long dream, but the rest of us were less surprised. Foakes has long been earmarked for the top: an international age-group player, he was England’s leading run-scorer at the 2012 under 19 World Cup, and won selection for the Lions at the age of 19 with just four first-class games to his name.

His career since has been far from straightforward, however. “I think originally when I went into the Lions I expected to come back and do well in county cricket, when I’d only played four Championship games at that point,” he says. “I was batting three, and when it didn’t go that well at first I listened to everyone, tried to change everything, and I had about eight or nine technical things going on that I was trying to work on during the season, and I was just completely muddled. Part of it would be learning what to filter, and I’ve probably got to a better stage with that.” 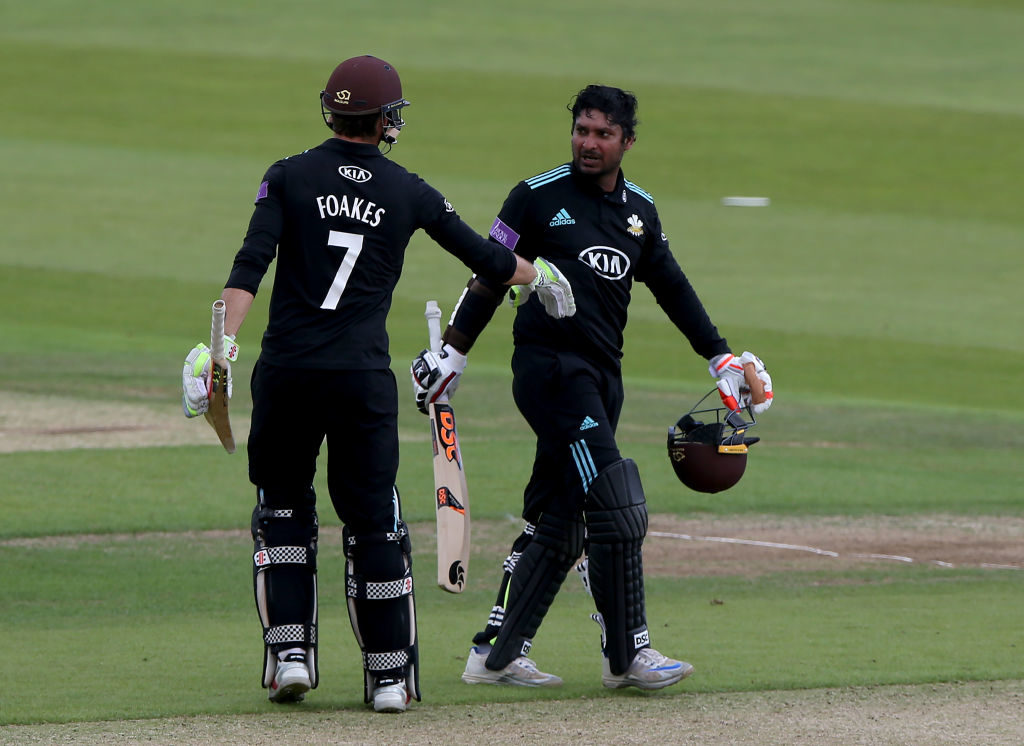 Foakes credits Kumar Sangakkara with much of his improvement

Having recovered from setbacks, Foakes now knows his game well. How he describes himself as a batsman – “I know the areas where I’m limited, where I’m good, how to not get out as much in certain areas and play to my strengths” –  the Essex background, and even the square jawline mark him out as an Alastair Cook-a-like, but though he was compared to the doughty opener in his youth, in recent years he’s expanded his game.

A run-a-ball Championship ton against Gloucestershire back in 2014 hinted at what he was capable of, and now, with a Royal London average of 63.8 over the last two years, he’s proved he can score as freely as most. Though he’s perhaps not one to wrest the initiative with a burst of free hitting, Joe Root has demonstrated that strike rotation doesn’t have to be pedestrian. He credits Sri Lankan legend and Surrey teammate Kumar Sangakkara with his improvement.

“I never used to look at a batting innings as tactical and up-and-down, I just looked at it as you get yourself in and then you bat,” says Foakes. “But the amount of detail he goes into, where he thinks you can get a foothold in the game and then reining it back in when you feel it’s a crucial time and you can’t get out. Just being able to read a game is something he’s massive on.”

I know the areas where I’m limited, where I’m good, how to not get out as much in certain areas and play to my strengths

If Foakes were to make his Test debut, you sense he’s equipped mentally to handle the pressures, and knows his game well enough to handle the vagaries of the format.

However, it doesn’t take the most astute reader to notice that there is a snag in the ‘Foakes for England’ argument – they already have a wicketkeeper in Jonny Bairstow, and he’s become one of their most dependable performers. But there are growing calls among those who should know that he is being wasted down the order, and that Ben Foakes’ inclusion could allow Bairstow to bat higher.

“I’d have Ben Foakes keep,” Mark Butcher says in the latest edition of Wisden Cricket Monthly. “None of this has anything to do with Jonny’s ability with the gloves. That’s always been because out of any top five you can pick in England, he’s one of the best five batters we’ve got. I don’t see why you keep picking all these blokes who can’t bat in the top five when you’ve got a bloke who’s better than all of them keeping wicket. You can replace him as a wicketkeeper-batsman.” 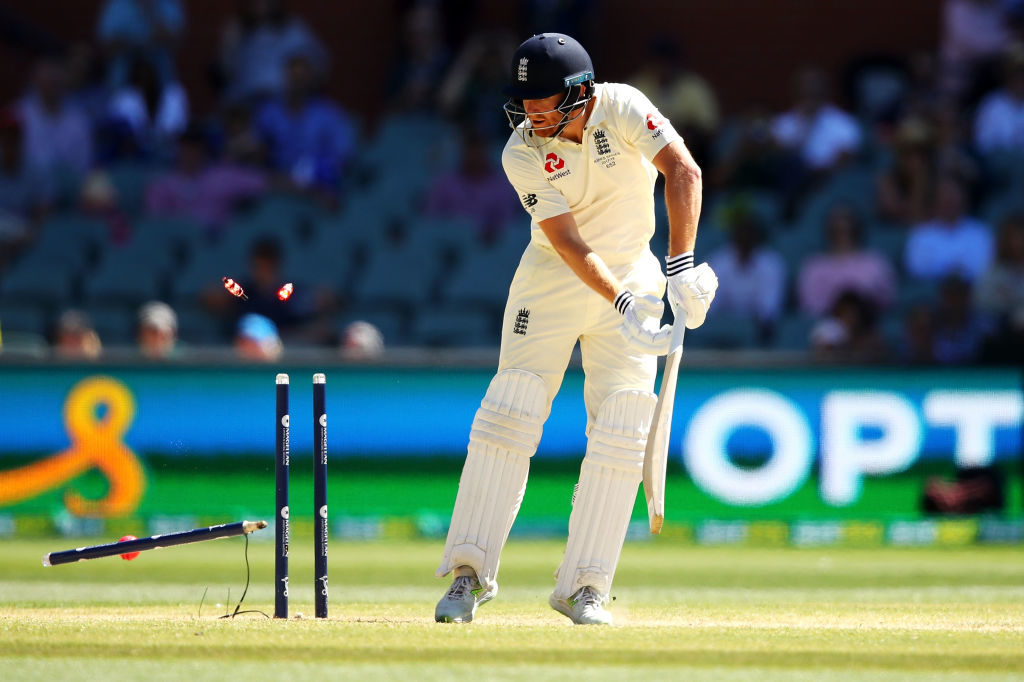 To watch Bairstow against Australia has been to see a batsman in form – of particular note was his 42 in England’s second innings at the Gabba, in which he climbed into Pat Cummins and Nathan Lyon. But how that knock ended is also instructive; with just the tail for company, he ramped one down the throat of third man, placed specifically for the shot. Wisden columnist Jonathan Liew in the Independent pointed out that the Yorkshireman has been at the crease for 73.4 overs in this series and has spent 42 of them batting with a bowler. A player of his class should be defining matches, series even. But without a century since June 2016 – he has 11 fifties in that time – he is reduced to cameos and contributions. 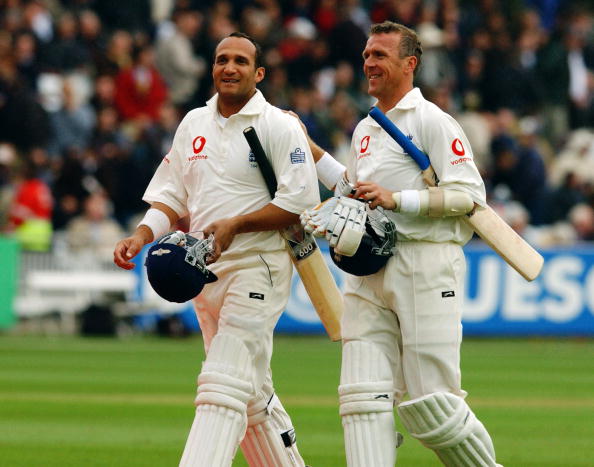 Alec Stewart says Foakes is the best keeper in the world, while Mark Butcher would have him keeping for England over Bairstow

Foakes, it bears repeating, also qualifies as a ‘bloody good batsman’. His average in first-class cricket since the start of 2015 is 49.43, significantly more than James Vince (33.62), Dawid Malan (39.97), and Gary Ballance (39.02) in the same period, and it’s suggested he could feature this winter as a specialist batsman.

“He can bat anywhere from Nos. 4-7 in most teams,” says Surrey director of cricket Alec Stewart. “He shouldn’t go out there thinking, ‘I’m just the reserve keeper to Jonny Bairstow,’ because if he plays as well as we’ve seen, then why can’t he play as a batsman? That’s the attitude he’s got to take is that, ‘I’m not a reserve; I’m part of the squad and I’m fighting to get into that team whatever way I can’.”

The snag in that theory is that Foakes is one of the best going with the gloves; he would surely be wasted in the outfield. He was described before the start of the season as “the best wicketkeeper in the world” by Alec Stewart, who knows a thing or two about the subject, and though it’s an assessment Foakes disagrees with – “I’m happy with my keeping, happy with the way I’m progressing, but I’m still quite young in the job and I’ve got a lot of improvement to make” – Stewart isn’t the only one to claim that Foakes is a class apart behind the sticks.

He shouldn’t go out there thinking, ‘I’m just the reserve keeper to Jonny Bairstow,’ because if he plays as well as we’ve seen, then why can’t he play as a batsman? – Alec Stewart

“I think if you’re playing cricket at this level and you’re keeping, the ideal level for you to bat is below No. 5 because you need rest, especially when you’ve had a full day of wicketkeeping,” says Kumar Sangakkara. “I think it’s a question of Jonny Bairstow being confident enough with the gloves, because confidence in one part of the game rubs off on the other, and I think Ben Foakes is definitely a much better and more competent wicketkeeper than Jonny Bairstow. Jonny Bairstow is effective behind the stumps, especially against fast bowling, but I don’t think he’s a very good pure wicketkeeper.”

Foakes’ prowess with the gloves is all-the-more remarkable considering he only took up the job full-time three years ago when he moved to Surrey from Essex, a decision that will be looked back on as a turning point of his career, even coming as it did just three years into it. “I was lucky enough to get picked for a couple of Lions trips over the winters before I’d played many games,” Foakes recalls. “So I’d be doing a Lions trip and working with Bruce French a lot and I’d feel my keeping come on a long way, but then I’d come back to Essex and play as a batter, I wouldn’t do much keeping at all in a season, training-wise or in a match.

“I just felt myself step back down again. I just knew that with [James] Foster being as good as he was, not an old bloke, and as fit as he is, my chances were pretty slim of getting above him. He’s still my hero in cricket. When I was about 10 going down to watch him and seeing some of the stuff he did, I was just in awe of him. He was the guy that got me into keeping in the first place. But I knew if I wanted to keep and get a chance to further my England career than I had to leave.” 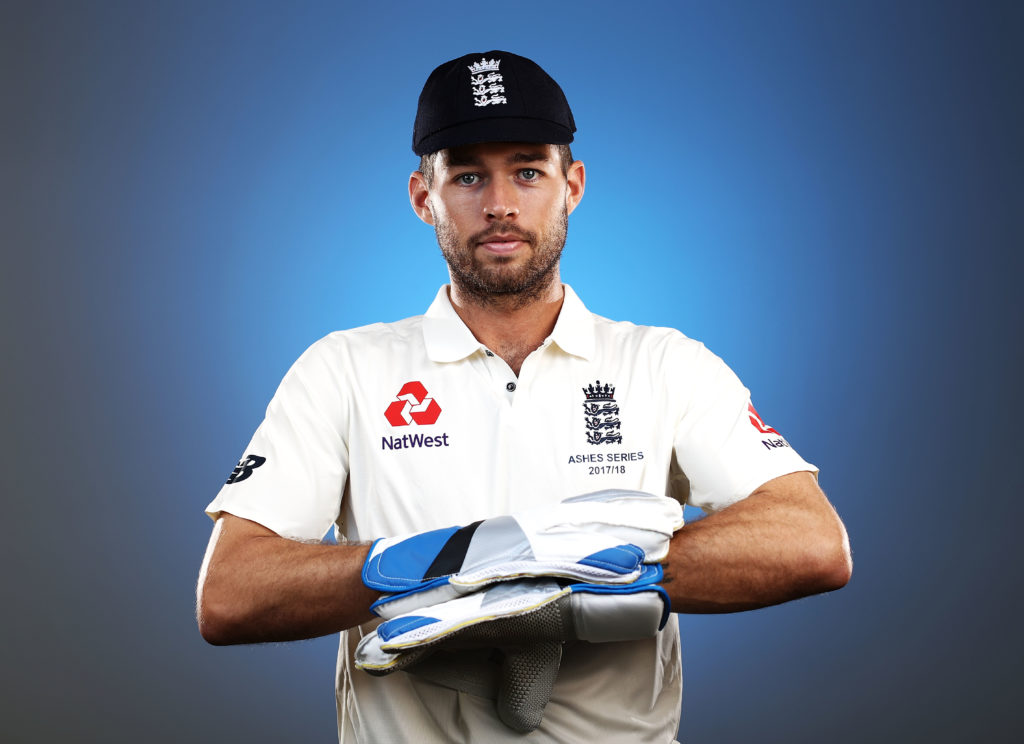 It was a decision that had benefits beyond allowing Foakes to improve with the gloves. “I think leaving made me grow up a little bit,” he says. “From a young age I was always in some sort of programme and I was always the young guy at the team, and at your home county you can get away with not doing amazingly but get picked because you’re the home-grown player. Not that I wasn’t trying to do better, but I learned a lot about myself and about my game coming into a new environment, where got to do well as there no loyalty just because you’ve come through the system. You have to put in performances or else you’re gone.”

As mild-mannered, polite, and open as Foakes is to talk to, it’s also a decision that reveals a hidden ambition and steel. No longer just the golden boy, with bat and with gloves and most importantly mentally, he’s a Test cricketer in waiting. His time is now.