How a small village club in Bognor have become a thriving local hub after an arson attack threatened its existence in 2017.

Manning the phones in the control room at the local fire station during the early hours in February 2017, Ian Guppy was alerted to an arson attack on the pavilion at his beloved Aldwick CC, where he was one of the club captains. “I instantly put messages out on the club’s WhatsApp group,” he told Wisden, after scooping the national ‘heartbeat of the club’ gong in the annual Natwest Outstanding Services to Cricket awards (OSCAs) this month. “It was one or 2am, so no one got the message until the morning. By the time they got down there it had been destroyed.

“Our clubhouse was a s***hole, but it was our s***hole. It was an old council building that we had already been looking to replace with something cheaper; we looked into some modular buildings but it was pushing us close to bankruptcy. When fire struck we knew our future was touch and go. For a building they hire out once a week for £50, the council understandably didn’t want to replace it with something amazing. We had an EGM with the committee – we thought we’d have to close our doors.”

We’re so excited for next season already with other new ventures happening at our little community club 🖤💛 pic.twitter.com/MHmFKdihLM

The pavilion at Felpham Oval had stood for fifty years; while the building itself was insured, the contents weren’t, and without Guppy the entire club would have been swallowed by the flames. But the mindless attack only served to strengthen the will of the village club – Guppy in particular. Refusing to admit defeat, the skipper launched a Crowdfunder on day one, raising nearly £10,000 – the amount they had believed to have lost through destroyed machinery and club kit. After the club flirted with a nearby unoccupied facility, a further lifeline was delivered; the council surprisingly revealed they had sourced some funding for redevelopment.

Related Story: The Club Debate: How can we fund our field of dreams?

“That was the epiphany moment,” says Guppy. “The support we had from the Sussex Cricket Foundation and the Arun district council have helped us step over hurdles. We’ve now been given permission to do what we want with the building and it’s about engaging with the community.

Our staff are amazing both in and out of work. Congratulations to Crew Manager Ian Guppy on being recognised on a national level for his contribution to #Cricket with @AldwickCC we are all very proud of him. 😊👏🏻🎉 @Gupster81 https://t.co/RWNS3l6I14

“As a committee we knew we must grasp this opportunity. We’re no longer just 12 or 13 friends who play cricket – we need to run this as a business. It’s helped us become more professional.” Guppy has shouldered some of the duties of the club’s chairman; he was working on Aldwick’s ECB Clubmark strategy when I called. 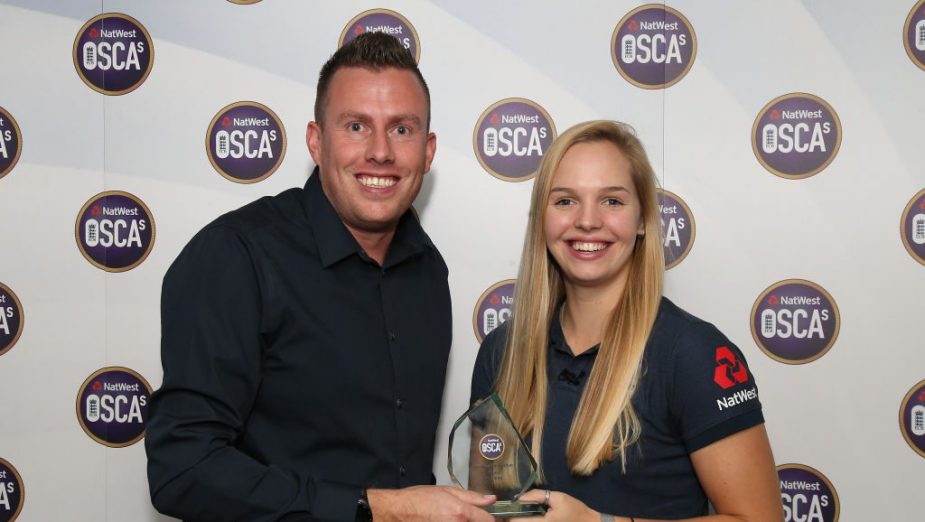 Although Aldwick’s first XI narrowly missed out on promotion last season, it was a year of celebration. Over two-and-a-half years on from the fire, Aldwick have transformed themselves from a small bunch of mates with a shabby dwelling to a hub of the local community. There’s a mural on the wall which houses the paintings and drawings from local have-a-go artists, while a plaque, adjacent to a wildflower garden, pays homage to a former clubman who passed away. “Previously, no one liked us because of the rubbish shed; the neighbours complained that cricket was being played, now they come and get involved,” says Guppy.

“It’s an ongoing battle between fault-finders and workhorses for the soul of a cricket club, all of us hamsters on the wheel.”@Rich_Wisden reports on the most common complaints in grassroots cricket which clubs consistently struggle to address. https://t.co/hBIctW8IXA

“We’ve changed. We’ve launched All Stars, which has got kids involved. Hopefully, while the arson attack was mindless vandalism, people might now go past and think ‘I know someone who plays there, I’m not going to destroy that’.”

Before the flames, Aldwick’s junior section had fallen by the wayside; they attached themselves briefly at local club Bognor CC before total disbandment. It was not a facility ripe for inducing youth or their parents. Numbers in general were dwindling, with the senior second XI coming close to folding. “We had a 74-year-old playing with an 11-year-old,” Guppy recalls. “That 11-year-old shouldn’t have been playing – that was a learning curve. We thought we were doing right by the club but we’ve now got a more rigorous structure. That’s been a huge positive.” 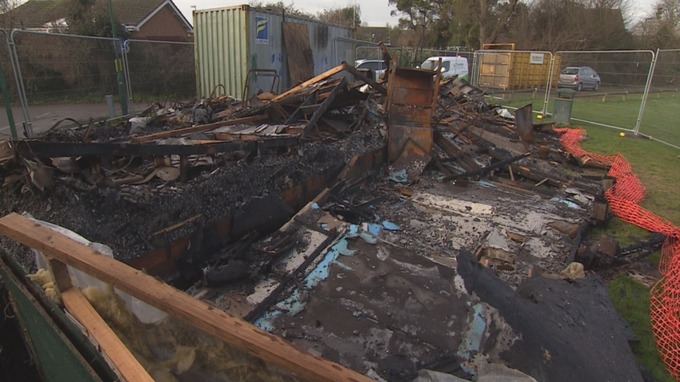 Gubby led the introduction of an All Stars cricket programme this year for the first time, which his daughters attended. “I would never have entertained that previously at Aldwick, as the old clubhouse was inherently unsafe. We had 30 All Stars this season and we confirmed today we’ve got an under 9 side next year. My partner’s son had never touched a cricket bat until our All Stars opening day, but he played league cricket on the last game of the season. If that doesn’t put a smile on your face … 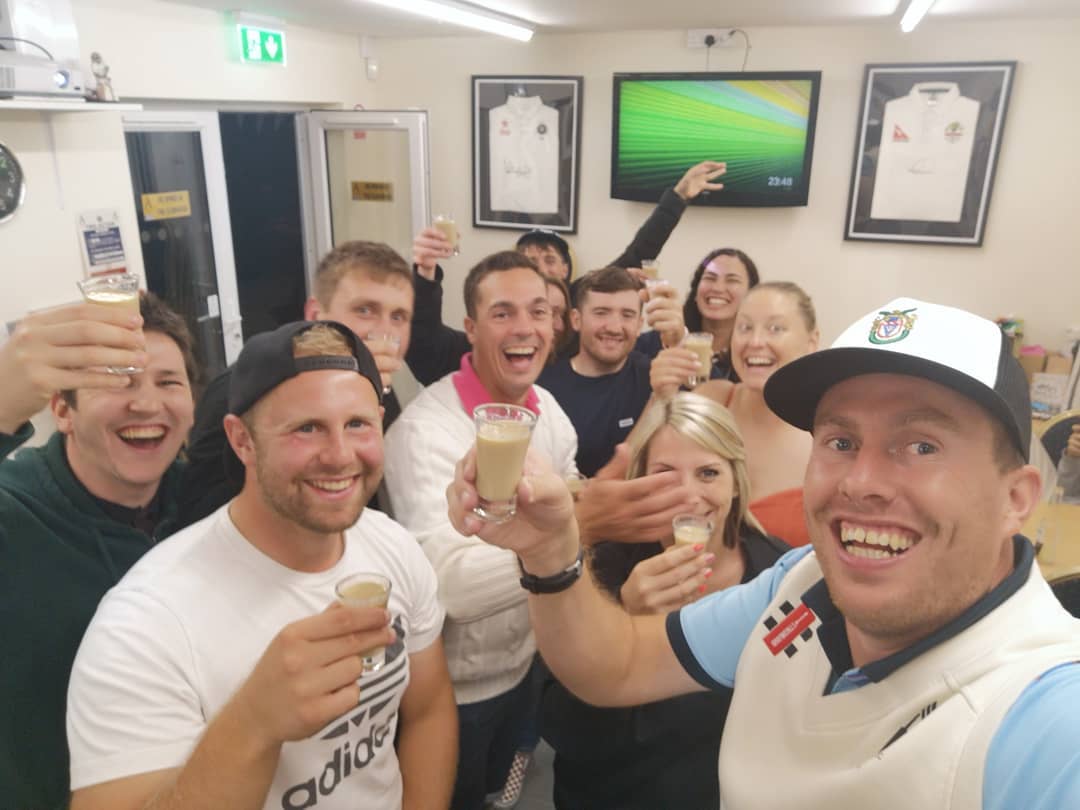 “The social side and the buzz around the club is back. Wives, mums, girlfriends, dads are coming down to watch. The last game of the season was against Eastergate CC – our local rivals. They needed to win to stay up, we needed to win to be champions. They won, but you would never have known it with the buzz around the ground afterwards. Cricket on the pitch is almost irrelevant when you’ve got somewhere you enjoy being.”

It’s all about finals day 🍌😂👍 pic.twitter.com/tnzraCA2vT

The NatWest OSCAs, run by the ECB, were established in 2003 to reward the valued contribution of volunteers to recreational cricket. They are the lifeblood of the game. A club spokesperson, who nominated Guppy for local and national award, paid tribute: “Ian really is our heartbeat; without him Aldwick CC would likely have gone down with the pavilion when it burned to the ground in 2017 … He is a fantastically fun and energetic [All Stars] Activator who is adored by the children. Thanks to Ian’s infectious enthusiasm, positivity and determination, Aldwick CC is looking forward to the brightest future they have ever had.”