Joe Mennie, the 29-year-old Australian paceman, had to be substituted under the new concussion guidelines on Thursday June 21, becoming the first player to leave the field under the circumstances in the United Kingdom.

Mennie, playing for Lancashire as their overseas player, was struck on the right side of his head while bowling against Worcestershire in a County Championship match at New Road when Martin Guptill, the New Zealand batsman, drove the ball. It hit Mennie, who was in his follow through, on the bounce. 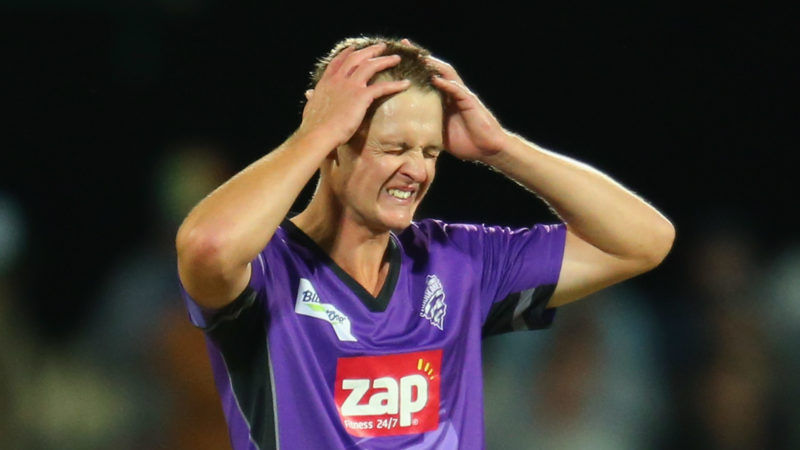 The bowler lay motionless for a bit, according to reports, and received medical attention before walking off the ground.

Mark Chilton, the Lancashire assistant coach, said Mennie was ‘shaken’ by the impact but hadn’t been diagnosed with concussion and was conscious during the examinations that followed.

He was replaced by Danny Lamb, the 22-year-old all-rounder.

“We do not know for sure whether he has concussion until he undergoes further tests later but it was not a glancing blow,” Chilton said. “Although the ball was hit into the ground and Joe stuck out his hand to stop it, the ball deflects into the side of his head with enough impact that it has left an impression of the seam.

“Obviously that caused immediate concern for everybody and although he was conscious at all times he was pretty shaken and has a sore head.” 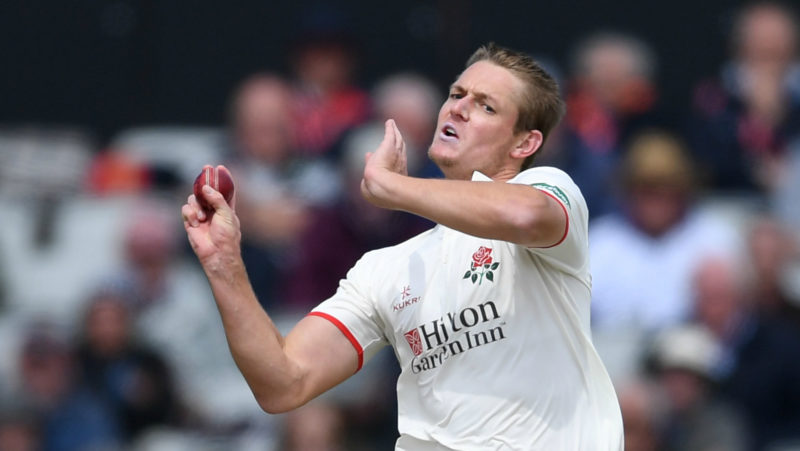 Mennis was hit in the head by a Martin Guptill drive

Though bowlers getting hit isn’t a very common occurrence, this wasn’t Mennie’s first time taking a blow to the head. During a Sydney Sixers net session during the Big Bash League in January 2017, Michael Lumb slammed the ball back and hit Mennie, who suffered a fractured skull and minor bleeding in the brain.

“We were aware of what happened to him last year but there would have been the same concerns irrespective of that,” said Chilton. “Joe will have further tests this evening to assess whether he has suffered concussion but already seems much better and hopefully there is no lasting damage.”

Mennie played one Test for Australia in 2016 against South Africa, picking up one wicket, and has also been a part of two one-day internationals, in which he has three wickets. He has 24 wickets in six Division One matches for Lancashire so far this season.