The new County Championship season brings with it new opportunities for youngsters to impress. Those who have caught the eye, have been working hard in the nets over the winter and have moved up to the first team will be relishing the chance to show their ability.

Here are five under the age of 22 who have a good chance of doing just that.

England could certainly do with a fast bowler and although Mahmood has a long way to go before he can be considered, he’s certainly going about things the right way so far. The 21-year-old right-armer may have only played five first-class matches, but the excitement surrounding him is already building.

Mahmood is definitely on the radar, having been picked for England Lions’ recent tour of the West Indies and taken 4-14 in their win over Perth Scorchers in December. The Birmingham-born bowler then took a series-high nine wickets in the North’s victory over the South, including a maiden five-wicket haul of 5-60, all of which came clean-bowled.

After a near-perfect winter, surely Lancashire will be give Mahmood the chance to shine some more this season.

Qadri’s story is a remarkable one. Last season the off-spinner became the first person born in the 21st century to play in the County Championship, taking 5-60 on debut to help Derbyshire to a first win in two years. 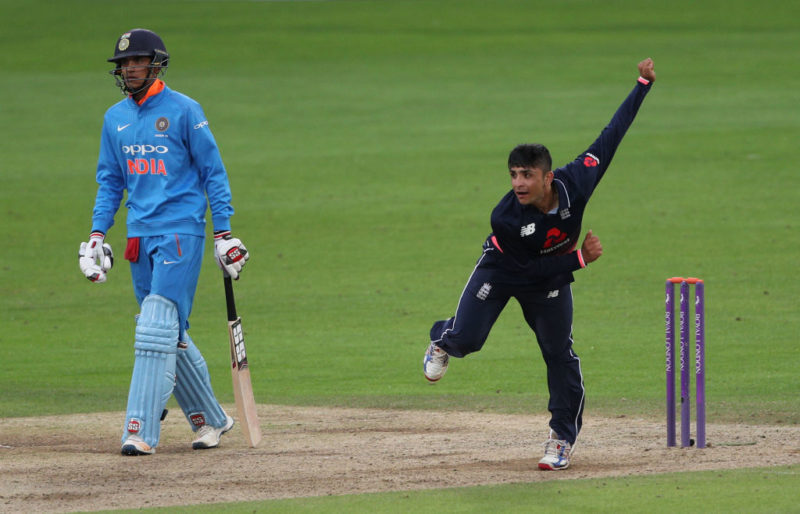 The Kandahar-born spinner played three four-day games in 2017, taking 10 wickets at an average of 28.80. He was called up for England Under 19s to play India and although he wasn’t selected for the U1nder 9 World Cup squad, he hasn’t had a bad start to his career.

Still aged just 17 there obviously isn’t any rush for Qadri, but a first full season in first-class cricket is likely to be an interesting one.

Pope is a wicket-keeper batsman, but due to Ben Foakes’ presence behind the stumps for Surrey, it is the 20-year-old’s batting that caught the eye last season. Given a chance in the shorter formats he showed his confidence and array of strokes. 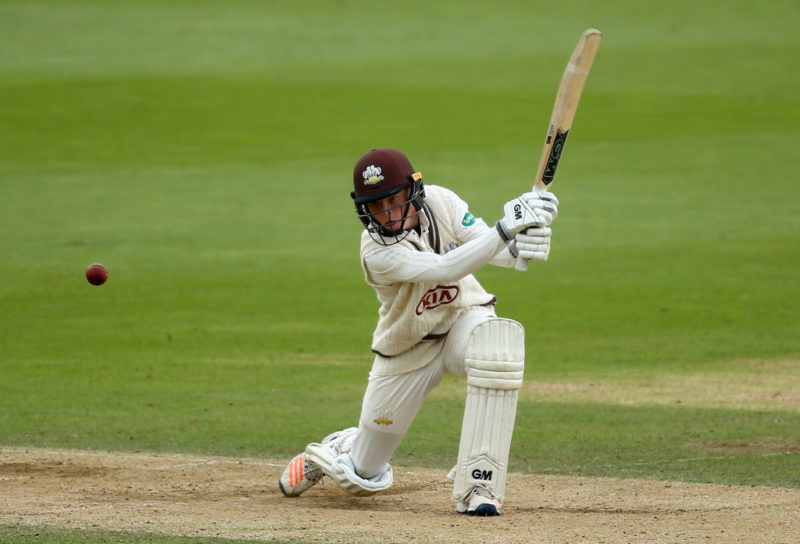 Ollie Pope has earned a reputation of being a 360-degree player.

Surrey director of cricket Alec Stewart is a big fan. “He’s an exciting talent,” he told Sky Sports in January. “He is a 360 player, he can play anywhere around the ground, regulation and [he] gets reverse shots out as well.”

Although he is a player who has primarily impressed through innovation, Pope’s maiden first-class hundred showed he’s the full package. The youngster smashed 17 boundaries in his 100* from 137 balls against Hampshire in September and is likely to be given further opportunities this campaign.

The most established player on this list by some distance, Bess has already showed himself to be a reliable performer in Division One. The 20-year-old has formed a deadly duo with recent England debutant Jack Leach, taking 62 first-class wickets at an average of 21.40 in 14 matches. 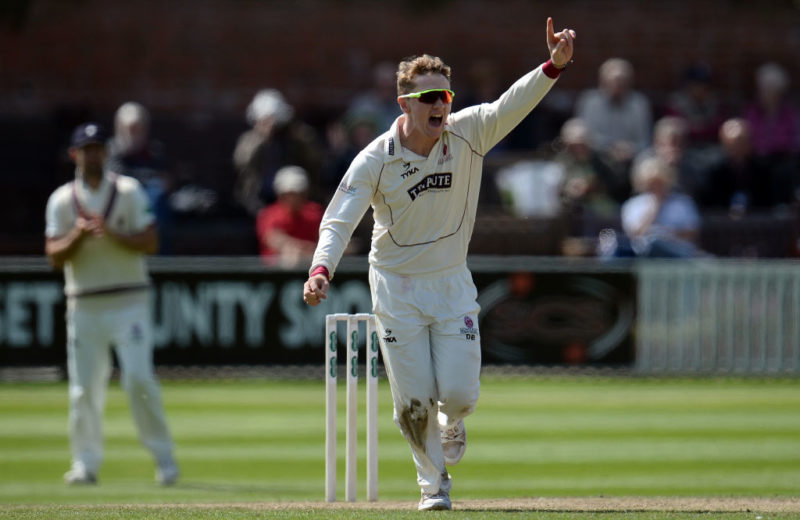 An exciting spinner, Dom Bess has proved himself handy with the bat as well

The spin-friendly wickets at his home grown of Taunton have certainly helped but don’t let them cloud your opinion: Bess has the guile, control, intelligence and temperament to develop into an excellent off-spinner. Oh, and he’s handy with the bat too, having added a maiden first-class hundred to his match-winning eight wickets in MCC’s win over champions Essex in Bridgetown last month.

Bess is a serious player, and although it’s not quite happened for him on Lions duty so far, the Exeter-born spinner will surely be pulling on an England shirt in the near future.

Like his twin brother Callum, who has taken 31 first-class wickets in nine matches for Leicestershire, Matt Parkinson is a spinner of great potential. 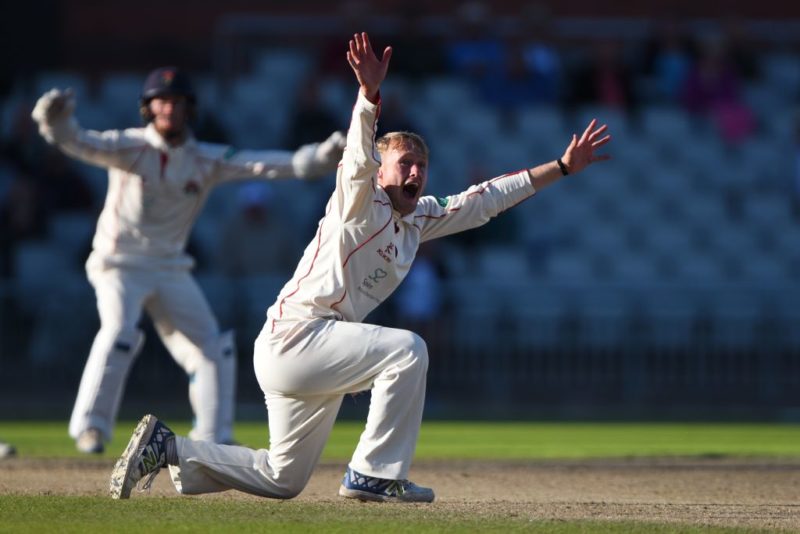 A spinner of great potential, Matt Parkinson was rewarded with a call-up to the Lions

Callum may have taken more first-class wickets, but it’s leg-spinner Matt’s performances with the white ball that have led to him being singled out for praise and to be called up by England Lions. The 21-year-old took wickets in each of the Lions’ three games against West Indies A in March, culminating with a List A best of 4-26 in the final consolation win.

Having come from the same school as Haseeb Hameed and had the same ECB overseas placement as Mason Crane, Parkinson seems to be on the right path. He should add to his 24 wickets at 27.95 (from his nine first-class matches so far) this season. 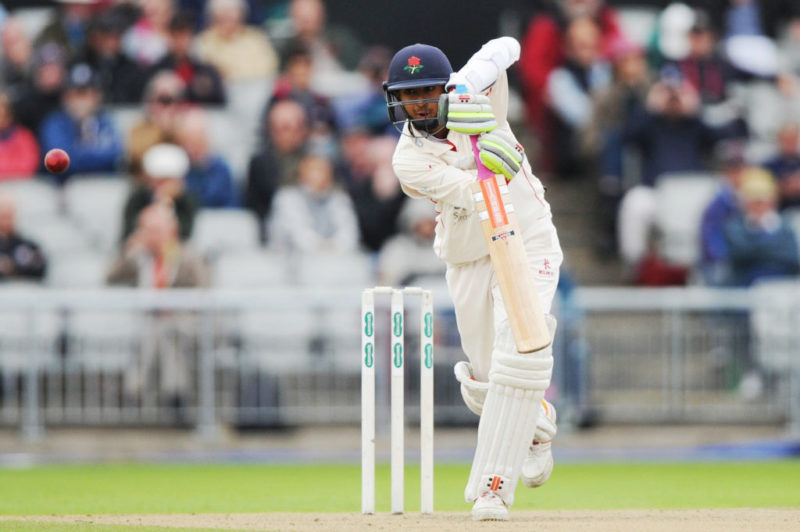 Expectations will be high from 20-year-old Haseeb Hameed