Courtney Walsh turned up at Gloucestershire for the final few games of the 1984 season after a recommendation from the father of their batsman, Peter Romaines, who had seen Walsh the previous year playing for Tynedale CC in Northumberland. It didn’t turn out too badly: over 11 seasons, three as captain, Walsh took 1,112 wickets for the county.

His impact was immediate, making an also-ran side competitive. In 1984 he arrived too late to prevent a bottom-placed Championship finish, with just one win from 24 games. However, the following year, with Walsh fresh from his Test debut in Australia, Gloucestershire finished third.

“In both 1985 and ’87, if the batsmen had pulled their finger out and scored enough runs we would have walked the Championship,” says Jack Russell, who kept wicket to Walsh throughout his time at Gloucestershire. “Courtney had a massive impact right from the start because suddenly we were Championship contenders.

“In the early ’80s opposition batsmen used to run into the ground in Bristol ready to get their pads on, they were that keen to face us. Once Courtney had arrived, they used to arrive looking like ghosts because they were so terrified.”

His numbers for Gloucestershire are staggering: 869 first-class wickets at 20.01 with 61 five-wicket hauls and 16 10-fors, and 243 one-day wickets at 21, conceding just 3.81 runs an over. No other county overseas bowler comes close in terms of prolificacy, and his fierce loyalty to a club who challenged only sporadically for silverware marks him out. 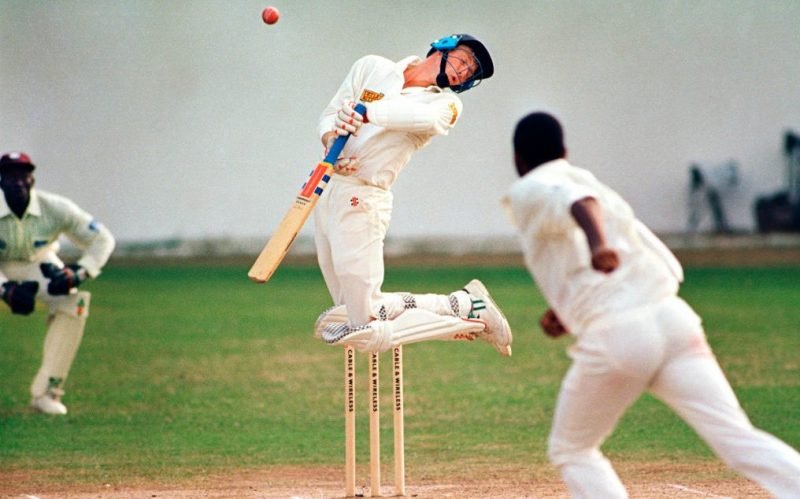 Walsh won countless games for Gloucestershire but was especially brutal in his first two full seasons, with 203 wickets across the 1985 and ’86 campaigns. Against Somerset in 1986, he took 9-72 from 21.3 consecutive overs, including the wicket of his Test captain Viv Richards, and he took at least one five-wicket haul against each county he played.

That Walsh, with over 500 Test wickets and a member of one of the best pace attacks ever to grace the game, would find county pickings easy to come by is no surprise, but his willingness to run in over after over, year after year, demonstrated his gargantuan appetite for hard work.

“Without doubt, I took more catches off Courtney than any other bowler I kept to”

“I don’t know how he did it really because he didn’t bowl medium-pace,” says Russell. “It was quick or quicker with Courtney. His engine was brilliant; his tank was never empty and he would always come up with something.

“It was great to keep to. Normally we had a few slips, a couple of gullys and a short-leg or two. It was always exciting and he often found the edge. Without doubt, I took more catches off Courtney than any other bowler I kept to.

“When he was about I used to get very chirpy and verbal because I knew he would sort them out if there were any problems. I used to get bounced a lot because the bowlers knew us keepers couldn’t bowl it back to them so it was great to see the opposition hopping around for change.” 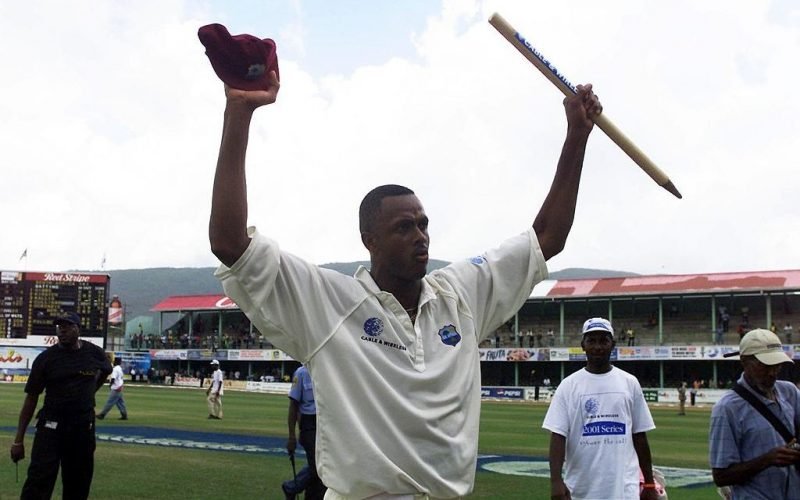 Sheer pace and extreme bounce were initially Walsh’s prime attributes but, as his pace dropped slightly, he added more to his game. “In the early days he would angle the ball in,” says Russell. “As his career went on, he learned how to swing the ball away, not massively, but just enough to give it some shape.”

Despite Walsh’s aggression on the pitch, Russell remembers his gentle demeanour off it. “He is one of the nicest guys you will ever meet. He would do anything for you and wouldn’t let anybody down if somebody was in trouble or needed a bit of guidance. He was just a great team man.”

Sadly, the packed international schedule means the like of Walsh’s long association with Gloucestershire is unlikely to happen again. But one thing is certain: Peter Romaines’ dad knew a player when he saw one.