Mike Andrews, a lifelong Worcestershire fan, has written an impassioned open letter to the ECB criticising what he regards as the increasing marginalisation of the county game.

Primarily writing in response to the 2019 county cricket fixture list that was released last week, Andrews was expressed his concern over the paucity of cricket being played on weekends, which he feels will make it harder for regular watchers of county cricket, such as himself, to attend games.

Worcestershire in particular have borne the brunt of the fixture changes this year with only seven days of cricket in all competitions pencilled in for weekends. 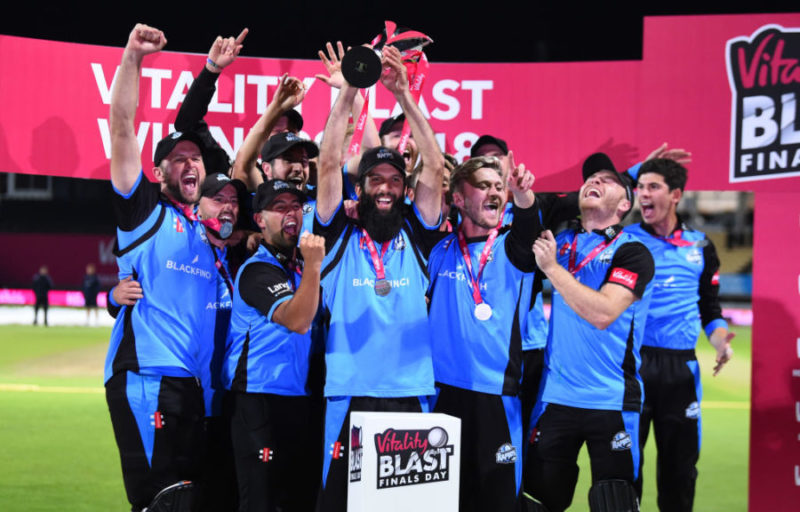 In his letter, Andrew wrote: “Cricket is a huge part of my life and has been for fifty years. I played for 25 years including in the Birmingham League. I’ve been going to New Road since 1977.  My daughter played age-group County for four years which meant running her around to training sessions during the winter and all over the place for matches during summer.

“I have three sons who all play the game too and I regularly go to internationals with my eldest. I coach and manage my club’s U9s and u10s. I’m active on social media discussing and sharing all things cricket with a lot of people who support other counties and England. You’d think that the ECB might see me as someone who has some value to the game.”

“There are hundreds of thousands of people like me who should matter to the ECB, we’re the ones who want to attend games and put money into our counties’ coffers, and yet it seems increasingly impossible to be part of our county season – mostly because the ECB are doing everything possible to alienate people like me.

“We’re also the same people who subscribe to Sky who in return invest so heavily in the ECB.

The proposed 100 will cause further disruption to the county schedule and worse still, take county players which will devalue what’s left of the county structure and will challenge members’ and supporters’ willingness to fork out for a poorer county schedule.

“At Worcester we’ve drawn the short end of the straw with our total number of weekend fixtures consisting of x1 Championship day, x2 50 overs and x4 T20.  Seven days of cricket from 24 weekends due to seven Championship games starting on a Monday or Tuesday and two 50 overs on a Wednesday.  There are no weekend games during June and September.

“Schedules chop and change every year making it impossible to predict when matches are, unlike other sports where the public know when matches are on, subject to TV scheduling. Championship games are not given the priority they should be, pushed to the margins of the season. Membership costs continue to rise as access to games dwindles meaning that supporters are being taken for granted.”

As critical as Andrews was of next season’s county schedule, he was even more worried about subsequent seasons due to the planned introduction of ‘The Hundred’ in 2020.

He said:”The proposed 100 will cause further disruption to the county schedule and worse still, take county players which will devalue what’s left of the county structure and will challenge members’ and supporters’ willingness to fork out for a poorer county schedule.  Not to mention sponsors who’ll see their investment in counties further eroded.  And all for a supposed audience that no-one seems to be aware of other than the ECB.

“You may have set your stall out on the 100 but it’s ridiculous to abandon traditional supporters (i.e. people who enjoy the game) in this way and treat them with such contempt; you’ve taken your eye off the ball.  At least we, as a ‘market’ actually exist so it’s probably not wise to burn your bridges in a Ratneresque type of way.”